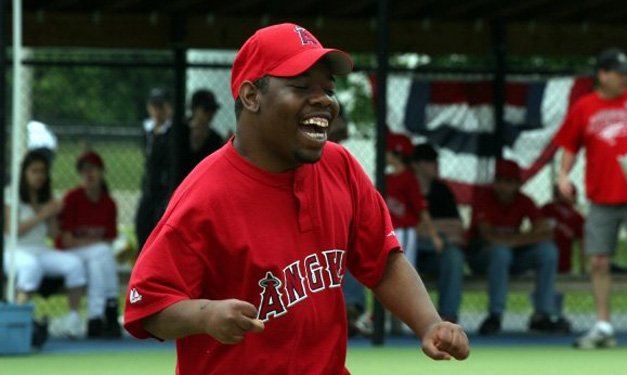 Children with special needs want to participate in the same sports activities as any kids their age. Whether that’s ballet or baseball, though, these youth often have challenges that can prevent them from fully participating in traditional groups and leagues. Fortunately, several organizations in southeast Michigan have created special, fun programs just for them.

Perhaps the most recognized name in special-needs athletics, these programs are open to youth with intellectual disabilities beginning at age 8. Programs are offered in Livingston, Macomb, Oakland, Wayne and Macomb counties (find a southeast Michigan “area” near you).

Sports include alpine skiing, basketball, bowling golf, gymnastics and volleyball, to name a sampling. Training and competitions are both options, and athletes and families are never charged.

The Young Athletes Program also offers sports play for kids ages 2-7. It introduces them to the basics, like walking, running, balance, jumping, kicking, catching and throwing.

Pride of Trilogy in Shelby Township

Kids have found an outlet with smaller programs, too. Michaela Messing of Macomb Township has cerebral palsy. But she wanted to dance just like all the other girls in her class.

“Someone in our therapy program told us about the Pride of Trilogy just as it was starting up,” says her mom, Kristen Messing. “It ended up being a great fit for her.”

The Pride of Trilogy is a dance and cheerleading team for special needs kids and teens in Shelby Township. Michaela uses one forearm crutch and has braces on both legs. But in her class, she’s dancing, tumbling and doing stunts, mom reports.

This free program is based at the Cheerleading Training Center of Michigan. Owner and coach Angela Trombley-Goralski donates her time to the team. Members range in age from 7 to 21 and various disabilities like Down syndrome, autism and cerebral palsy; one is blind. They all take part in routines, doing whatever they can. Some in wheelchairs can do forward rolls or spins. Athletes perform and participate in four competitions during the season.

“It’s like an hour of physical therapy for her,” Messing says. “She doesn’t think of it as therapy, though, because she’s having so much fun. It does a lot for her confidence and self-esteem.”

Sterling Heights resident Michelle Hielscher’s 6-year-old son Matthew has a form of muscular dystrophy. But he was eager to join a sports program. The family found a match through the City of Sterling Heights’ offerings.

“I wanted him to be around kids like himself and feel normal,” Hielscher says – especially since Matthew has a 6-year-old twin sister without special needs who participates in dance. He’s done a summer day camp and “sports night,” a weekly program focusing on one sport each week.

The city is considered a local leader in offering special needs recreation programs, which date to the early 1980s (it’s been recognized nationally, too). Its options include sports, social events, outings and camps for kids with special needs – no matter where they live, thanks to funding from the federal Community Development Block Grant.

Other areas – and benefits

Other communities offer programs, too. Oakland County Parks and Recreation Department, for instance, adapts its regular programs for special needs children. Over in Southfield, the Miracle League of Michigan (pictured above) gives high-functioning players a crack at baseball.

Winterstein says besides giving an opportunity to compete, athletic programs for special-needs kids instill a sense of self-confidence that they carry with them. And that often leads to new relationships with their able-bodied peers, she adds.

“Special needs children want to compete and participate as part of team. This is a program that offers that for these kids.” says Winterstein. “It provides them with an outlet they will not get in any other venue.”