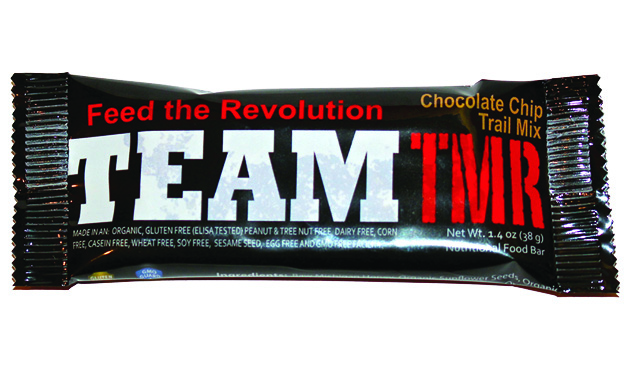 "It brought out the fighter in me," says Scheer, whose son was diagnosed at age 4. Despite his parents' strong will, Gannon struggled early on. "He couldn't speak a sentence and couldn't go anywhere without running off or biting other children," Scheer recalls. Finally finding the right education and medical care made a huge difference – and, mom believes, diet change played a positive role.

That's where the energy bar comes in. It has no GMOs (genetically modified organisms) or gluten or casein, substances some believe may have negative impact in kids with autism. It's also free of allergens like soy, corn and nuts. And it's produced by Candice Foods, a Flint company Scheer met at an autism conference.

"We thought any children with food allergies or sensitivities can benefit from (the bars)," she says. And all proceeds go to nonprofit Team TMR (Thinking Moms' Revolution), which helps families struggling with autism costs.

The bars are $4.50 each at mightyguts.com. Scheer is working to get them stocked at nationwide health-food stores, too.