Tips for Interacting with Individuals with Special Needs and Disabilities 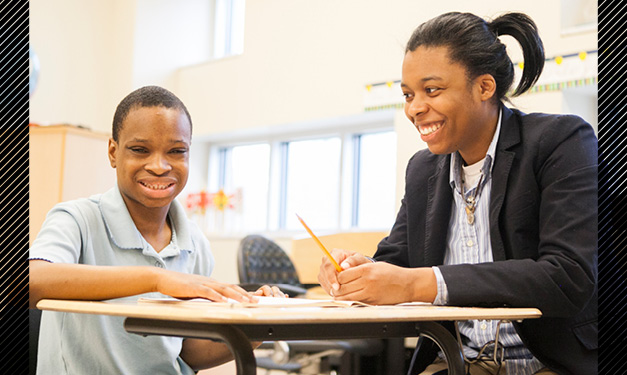 Maria Montoya, parent to 4-year-old son Press Weaver, who has Asperger’s syndrome and attention deficit hyperactivity disorder (ADHD), has had some unpleasant encounters with people who aren’t familiar with her son’s special needs.

“He’s been called a monster before,” she says. When those words were spoken, Press heard them and so did she. “My day was ruined and my week was framed by, ‘How do I keep my son away from that?'”

Both of Press’ disorders aren’t visible to the naked eye, and so sometimes if he’s having difficulty adjusting to his environment, others think it’s his parent that isn’t addressing the behavior.

“There’s no amount of timeouts or behavior repercussions that’s going to change my son’s behavior,” she says.

The best thing Montoya says others can do is to think before making assumptions or saying something to the parent. “Stopping ourselves as parents and maybe saying, ‘OK, maybe something’s going on with that child.'” As parents, be mindful: You’re passing judgments on to your child, too.

“Any fear you have about a child that might be aggressive, that immediately gets absorbed by your own child,” she says. When friends want to play with Press, she doesn’t tell them he has a disability right off. Instead, she’ll explain, “He’s just a little different” and,  “Press’ brain works differently.”

“Find the right words that will work with your child,” Montoya says.

“Treat them just like you would treat any other friend or person or someone you didn’t know. They never want to seem like they’re different from anyone,” Ducre says.

Find something funky to see this year at these weird roadside attractions in Michigan.
Read more
Health