Cancer-free for a second time, 8-year-old Maddy Brewster of Clawson is proving nothing can keep her down – and she's inspiring others to be #MaddyStrong, too. 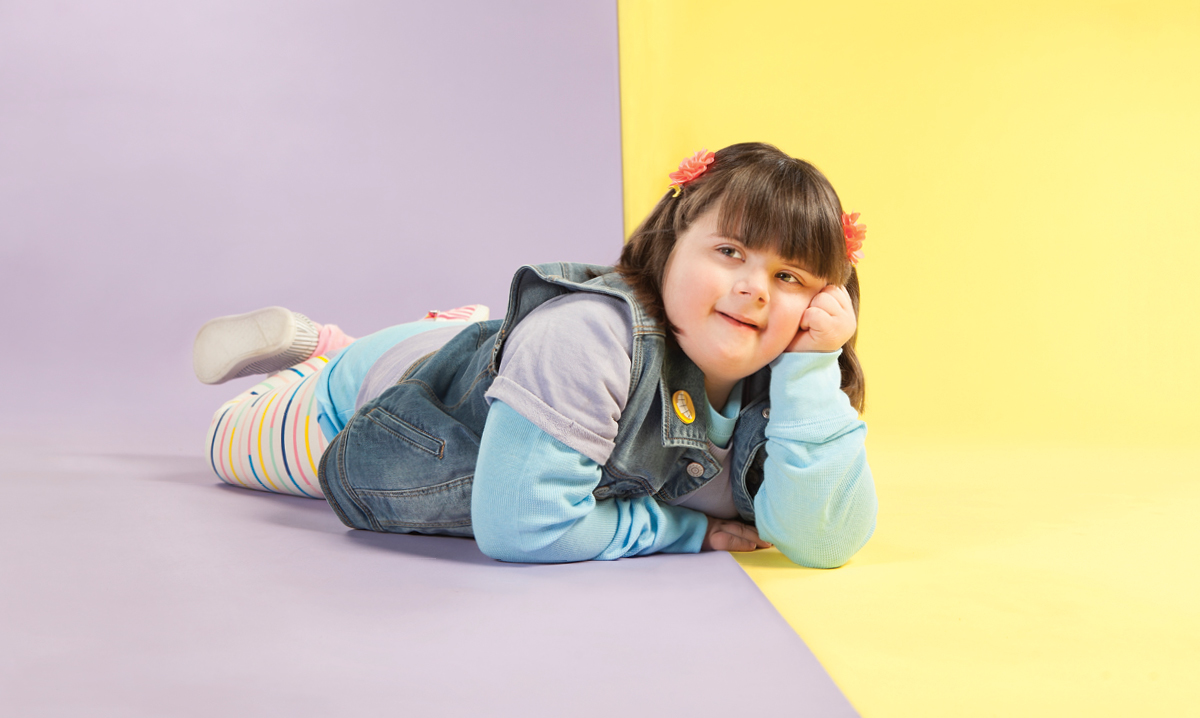 Maddy Brewster, 8, has no problem finding reasons to smile.

She lights up at dance class, baseball and soccer. She squeals with delight – “Yeah! Daddy!” – when her police officer dad William gets home after a long shift, and she runs wild with glee when her cousins-turned-besties Raymond and Gavin are over.

If she sees someone crying? “She’s right over there to give them a hug,” says her mom, Wendy Brewster, of Clawson. “You could be having the worst day and you could get a hug from Maddy and you don’t even remember why you were upset.”

Maddy’s happy-go-lucky nature isn’t uncommon for a child who has Down syndrome, mom explains.

“Children with Down syndrome are like a light, a shining star. They’re just the happiest people,” Brewster says. “They don’t judge. They just want love and they give love. They can just cheer you up in a heartbeat.”

But there’s something even more exceptional about Maddy’s cheerfulness. She was still smiling when her hair was shaved off during treatment after being diagnosed with cancer for the second time in her young life. She found joy in endless trips to the oncologist’s office, racing around on rolling chairs with her brother Cameron, 12, in the waiting room.

Even in the toughest times, when she developed blisters down her throat or when she needed to be held down so nurses could use a thick needle to access her port for chemo, she’d be smiling again in minutes.

“That’s what everybody was so amazed by. Yes, she’s going to wiggle and squirm and kick and scream for that whole time, but the minute it’s done, she might cry for a second and want a hug – and then she’s fine and happy and high-fiving everybody who just held her down,” Brewster says. “It’s just her nature.”

And when Maddy would see mom or dad close to breaking down, struggling to hide their own tears after watching her experience something so traumatic? “Mama OK?” she’d ask. “Daddy OK?”

“We should be bringing her joy, and she’s giving us joy after that terrible experience,” Brewster says. “Sometimes you’re at your point, and there she is to cheer you up. I just think, ‘Wow. This little angel.'”

The whole family is celebrating today now that Maddy is cancer-free for the second time – a moment she marked by ringing the honorary bell at Children’s Hospital of Michigan in Detroit on Jan. 30 – but it was a long journey for Maddy, whose dark brown locks and fringe are just as Punky Brewster as her sunny disposition.

She was born five weeks early, had her first surgery at 4 days old due to a malformation of her esophagus and trachea – and doctors found a hole in her heart, hypertension and Trisomy 21, or Down syndrome.

“She was also born with transient or temporary leukemia,” Brewster says, which fortunately resolved itself after four months of blood and platelet transfusions.

The next nine months were another battle, as weak muscles caused Maddy to choke on her milk several times, turning blue and requiring life-saving CPR at home twice – once by grandpa and again by mom.

At 15 months, Maddy was diagnosed with acute myeloid leukemia and started six months of chemotherapy. It was cut two rounds short when Maddy developed fungal pneumonia, but tests later found that she was in the clear and cancer-free.

“Maddy’s motto is, ‘I have my own rules,'” her mom laughs. “She continues to amaze all her doctors.”

During the three years of remission that followed, Maddy was loving preschool, working hard at therapy, learning to swim, getting ready to perform with her special needs dance group (“shake shake,” she calls it, thanks to Taylor Swift’s hit) and gearing up for kindergarten.

It was just before a big recital that her family got news they never expected: Maddy had cancer again. Maddy was diagnosed with a second type of cancer – acute lymphoblastic leukemia. It was a turn of events so rare that her doctor could only find six other known reported cases in the world of where a child had both of these types of leukemia and Down syndrome.

“It was a roller coaster,” mom says of the two-and-a-half-year treatment that followed. “Lots of ups and downs, lots of infections, lots of hospital stays.”

Through it all, the Brewsters found strength in a support system of family, friends and community. People set up an Easter egg hunt for Maddy in their front yard and left gifts on their doorstep. Former co-workers of William’s at the city of Fraser helped the family raise funds and spread the #MaddyStrong hashtag that now defines her journey. And the Clawson school district has rallied around her.

“Churches were praying for her all over the place. She had a huge following,” Brewster says. “We’re going to continue to teach her throughout her life that her story and her strength of getting through what she’s been dealt is truly amazing.”

With a healthy Maddy and Cameron at their sides, William and Wendy Brewster say there’s not much that fazes them these days. “We have nothing to complain about,” she says. “You just have a new perspective on life.”

Do mom and dad need a weekend away without traveling too far? Consider one of these romantic getaways for parents in Michigan.
Read more
School Issues