Trayvon Martin. George Floyd. Ferguson. 'I Can't Breathe.' These headlines are just part of the reason all parents should have a talk with their kids about race. 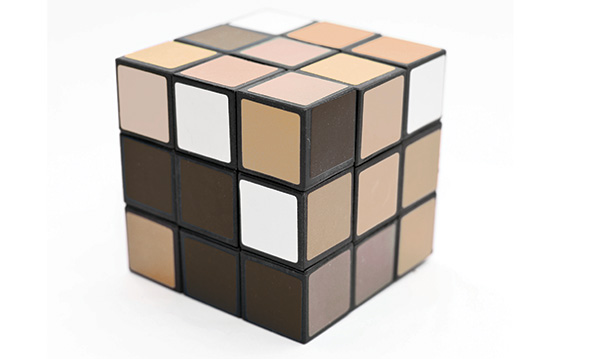 When I was in eighth grade, my family moved from Bloomfield Hills to Southfield. Overnight, I went from attending a school that was almost all white, to one where whites were the minority.

For the first time, I rode the bus and spent my days with a diverse mix of students. As the “new girl,” I made friends who were Jewish, Chaldean, Armenian, Asian and African-American. But mostly, I admit, I stuck to my own kind.

And I wasn’t alone. In the lunchroom, white and black kids mostly self-segregated, as subtle social pressures kept us from crossing the invisible color line that seemed to separate our tables.

Yet in the classrooms and on the sports fields we built bridges, and as we prepare to celebrate our 25th class reunion, the relationships we forged and the lessons we learned endure.

Unfortunately, my family did little to prepare me for the diversity of my new school and, if I’m honest, an undercurrent of racism and ignorance pervaded answers to some of the questions I did dare to ask.

My parents and grandparents were from a different generation, one that sometimes tolerated intolerance and touted isolationism. But those attitudes didn’t serve them, and they surely won’t work in a future poised to become ever more diverse.

In the 21st century, the ability to communicate with people from different racial and ethnic groups will be as essential as computer skills. And recent events and headlines show that although we have had a black president, we still have a long way to go to understanding and acceptance. So how do we help our kids learn to live, work and appreciate people whose race, religion or culture may be different from our own?

“I’ve written a lot of material and gave many, many talks for parents on how to deal with prejudice and racism, both in black families and white families,” says the author and civil rights leader. “I feel like it’s getting better. I think there’s much more discussion about and exposure to multiculturalism now than ever before.”

Yet Poussaint is quick to acknowledge that race is hard to talk about.

“No one wants to be called a racist or feel they’re prejudiced against people, so questions very frequently have tension built into them,” he says. “People fear they’re going to say something wrong, going to be exposed or they can’t talk about it with someone from another race because they’ll offend them in some way.”

According to Poussaint, this can lead people to skirt the issue, as well as each other – akin to sitting on opposite sides of the lunchroom.

It’s up to parents, he says, to help kids address race head-on in order to foster a new generation equipped to deal with differences better than even ourselves.

Even though it can be difficult, if we avoid these subjects we run the risk of strengthening prejudices instead of helping our kids resist them.

The United States is one of the most diverse societies in the worlds, and our country’s demographics continue to shift.

According to the U.S. Census Bureau, this country will become a majority-minority nation in 2043. For the first time, whites will make up less than 50 percent of the population, meaning there will no longer be a racial majority at all.

It’s high time we talk about what that means, and former President Barack Obama has become a spokesperson leading the national discussion on race. When headlines like Trayvon Martin and Ferguson bring the issue to the forefront, Obama has described racial discrimination as “embedded deeply in society.”

Yet he is hopeful. In a December 2015 interview with NPR, he said he believes that in day-to-day interactions, Americans are “less racially divided” today than in times past.

“I actually think the issue has surfaced in a way that probably is healthy,” he said. “I think that’s good. I think it then points to our ability to solve these problems.”

According to Poussaint, parents have a huge influence on their children’s attitudes, and it’s never too early to begin talking with children about how people are “different yet the same.”

It’s important to make kids feel safe to ask questions and create an environment where difficult topics can be openly addressed in an age-appropriate manner.

It’s also important to help children recognize stereotypes – and to test and think through biases they encounter in the media, on the playground and maybe even at the dinner table.

In this way, we can help children find connections between larger social issues and their own life experiences.

It’s not as hard as it sounds, and it starts at home.

Our attitudes about race are reflected in diversity in the books and stories we share with our children, the shows we watch, the music we listen to, the pictures we hang on the walls. Even more important, it’s reflected by the way we talk to each other and the people we invite into our homes.

“I think the dialogue or education should start from the very beginning,” Poussaint says. “Kids very early on, even before they learn to talk, can learn people come in all different colors and types.”

According to Susan Butler, a global studies teacher at the Japhet School in Clawson, open dialogue that begins at home should continue in the classroom.

At Japhet, curriculum is presented with a focus on social justice and character education, stressing qualities like fairness, humility, critical thinking and conflict resolution.

Multicultural education must go beyond festivals, food, folklore and holiday traditions, she says.

“It’s so much more complex than that,” she says. “Young people are bombarded by ideas from a multitude of sources. Talking about race is not always easy, but opening the conversation is essential.”

When children feel secure, they ask tough questions, such as how our founding fathers fought for freedom while owning slaves, how educated people carried out the Holocaust and Apartheid, and how Detroit’s segregation is connected to inequality, immigration policies and sprawl.

“We provide an environment in which students can be safe and honest, have that dialogue in which they truly explore their questions, misperceptions about stereotypes and awareness of different cultures,” Butler says. “It’s about listening and processing, and that’s how you form an understanding and gain the tools to interact with other people who have a different point of view than you.”

The goal is to raise open-minded adults that can break through the invisible barriers that hold us back.

“We assist students in giving them tools to use so they can go out and bring about change that needs to occur in the world,” Butler says. “I always tell them you’re going to be the voters, the decision makers. It’s a powerful idea.”