Baby No. 2 is a big deal to little kids, who often feel jealous or confused. Parents can help toddlers adjust with solo time and other tips and tactics. 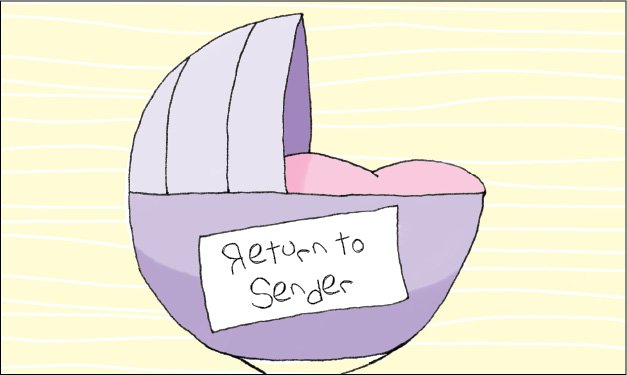 When Marie Brown was 2 – and the center of her parents’ universe – her mother brought home her newborn brother, who Marie received civilly, if not warmly.

But after 24 hours, enough was enough. “When’s that baby going back?” she reportedly asked the next day, none too happy with his presence.

The brother stayed – and a second was added a few years later. But the story is part of family lore, and it points out that Brown, now a Sterling Heights mother of three, clearly understands what it’s like to be foisted into the role of older sibling – and not be one bit happy about it!

Too often, that initial unresolved hostility can evolve into problems that can punctuate family tranquility for years to come. When your children compete with each other and fight with each other, you’ve got sibling rivalry, says psychologist James Windell, author of Eight Weeks to a Well-Behaved Child.

“If you have a child who is 2 to 5 years old and have a new baby, this is a threat to their position as king or queen of the household,” Windell says. “Most parents are sophisticated enough to know there is some jealously and some issues because of this. No matter what they do, they can’t eliminate the jealously, and it can’t be avoided.”

Brown and her husband Paul dealt with the rivalry issue first-hand when their daughter Kaitlyn Grace was born. Their then-25-month-old twin sons Logan and Jordan were happy to visit mom in the hospital the day of Kaitlyn’s arrival, but they showed little interest in their new sister. That day, it was all about mom hugging and kissing them – and baby Kaitlyn, in a crib nearby, was virtually ignored by her older brothers.

But within a few weeks, the boys were frequently acknowledging the baby’s existence – and offering an occasional bit of brotherly love. Logan would come over to his mom while she was feeding baby. And, before heading off, he’d give his baby sister a little kiss. Jordan was cool with puckering up as well for the same routine, but not until asked.

That evolved into the boys wanting to help. Early on, when Kaitlyn was placed in a gently rocking baby swing, they took the opportunity to give it a playful push – that had Brown running back to the swing to slow things down!

“They decided they were going to swing her,” Brown laughs, “but if they were allowed to push her the way they want, she’d be on the moon!”

It’s a challenge, but Brown still finds opportunities to be with each of the older boys – and that, Windell says, is just what they need.

“Even though babies require a lot of time and attention, make time for the older child,” Windell advises, “and make sure you’re spending some time with them, one-on-one.

“Younger children are very self-centered, and it’s all about them. Let them know they are not going to be supplanted by a baby,” he continues. “Parents need to explain that they’re not going to get rid of (the older child) and they will always love them. You need to quell some of the rivalry, anxiety and hostility.”

An ounce of prevention

Preparing and reassuring the older sibling about the new baby is key, Windell says. “Tell them, ‘We have a baby coming, and I know you will feel that everybody is paying a lot of attention to the baby, but we love you. We will always love you.'”

Brown started talking to her sons about their baby sister early in the pregnancy. “I would tell them every chance I could that ‘There’s a baby in Mommy’s belly.'” That, along with assurances of her love for them, helped prepare the toddlers.

Although the Brown family transition appears to be fairly smooth, there are some danger signals for parents to watch for, Windell says.

“It takes a while for adjustment and for the reactions to set in. A child who has been prepared may feel very optimistic, that this is going to be fun to have a brother or a sister.”

But even for a toddler who’s been well prepared for a new sibling, it may take a few weeks or months for him or her to adjust to the reality of what that means – and the new situation at home.

“A typical reaction may be ‘Hey, this is an interloper,'” Windell adds. And “when eating habits or toileting habits regress, that’s when you know you’ve got to do something about it and deal with it.”

Have a teen in the house who is having trouble adjusting to the idea of being an older brother or sister? Get advice here.

Try one — or all — of these easy breakfast ideas for kids when the school year begins.
Read more
At Home

Get the kids inspired by Detroit's vast history of innovation in this culturally rich city of Dearborn.
Read more
Health