How to Win Toddler Arguments

Defuse disputes with your defiant tot with these nine tips from a local certified parent coach. 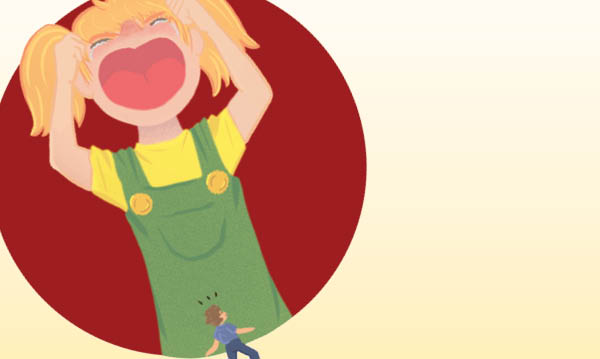 Babies’ first words are cute – until they master “no” and “why.” But your tyke isn’t out to out-debate you. “All children want a certain amount of independence,” explains Barbara Bushey, a certified parent coach based in South Lyon, and they’re willing to “argue with their parents to get (it).” Here’s how you and your defiant toddler can keep calm.

1. Avoid duel meltdowns. The tantrum is a spectacle, Bushey says – one best ignored. If you give in, you tell your child, “If I want something, if I lay down on the floor and scream and holler,” the magic will happen.

2. Don’t dodge questions. Yes, kids use them as stall tactics, but remember: They’re naturally inquisitive. Feeding kids as much information at an age-appropriate level as possible “shows respect to the child.” If the child questions a chore, you can say, “It’s part of being a family. Everyone has something that they have to do.”

3. Build routines. Tykes won’t retain routines at 2, but by 4, they’ll begin to remember, “Before I eat dinner, I have to put away my toys.” They’re less likely to fight ingrained norms.

4. Don’t reward requested behaviors. Verbal praise is the best, Bushey says. For instance: “I’m so glad you’re being responsible at getting up on time and getting ready for school. That makes me really proud of you.”

6. Don’t sweat it. Some fights aren’t worth twisted arms. “If it’s not dangerous, let them take the consequences of their actions.” Rebels who refuse to wear socks will tire of blisters.

7. Keep calm and don’t carry on. “Children do what we do, not what we say,” Bushey says. “If you’re arguing, fighting, bickering – that’s what you’re modeling.” Build in breaks too. “Just yelling at them only causes them to yell louder; then you yell louder, and it just gets into this shouting match that doesn’t help.”

8. Consider age. Sometimes, you “could be asking your child to do something that’s developmentally inappropriate for their age,” Bushey says. In these cases, “they start to develop this opinion, ‘I’m no good. I can’t do anything.'” If your child feels stupid, he or she won’t motivated by instruction.

9. No, no, NO. Got a persistent case? “I will ask why they are saying no,” Bushey says. “If it’s just because they don’t want to do it, then I explain to them that this is part of what they need to do (as a member of the family) and they need to do it.” If they still refuse, “They may get five minutes in the thinking chair.”