How Toddlers Pick Up Biases from Parents 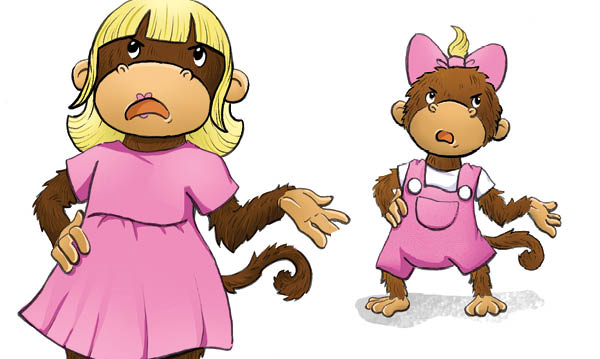 Actions speak louder than words. It may be a cliché, but turns out the old maxim is especially true when it comes to biases preschoolers pick up from their parents.

Aiming to better understand the origins of prejudice, a recent University of Washington study focused on whether 4- and 5-year-olds can “catch” these sorts of “social biases” by observing grown-ups’ body language, mood and tone of voice. The adults were smiling and warm to some people. To others, they were cold and scowled. The result? “Children significantly preferred the target of positive nonverbal signals,” researchers said. So, even if you simply beam at a neighbor or side-eye a family member, your little one may quickly fall into a “monkey see, monkey do” pattern.

Susan Gelman, a psychology/linguistics professor at the University of Michigan who specializes in kids’ language and thought, says the findings aren’t shocking.

“The way people interact is very meaningful for kids,” she says. “It’s a good and a bad thing that kids are so sensitive to all these different cues. It does help them understand nuances – but they may also be picking up things that we don’t want them to.”

It doesn’t take much for children to figure out if the person they’re watching values, respects or enjoys whomever they’re interacting with.

There are many subtle examples. Maybe you’re griping about a coworker in a certain tone after they’ve done something frustrating yet again. Or the crotchety great uncle who turns on the TV and, on cue, reacts to news about a person or group of people with a loud scoff and sarcastic comment.

Considering that even infants begin to rely on facial cues to assess danger, figure out where people are looking and learn the names of unfamiliar objects, Gelman says, humans are conditioned to be sensitive to nonverbal cues.
Her own research has shown children can also figure out who is in charge based on nonverbal behavior. “So if two people want something and one person grabs it first, they figure that person is more powerful than the person who doesn’t get it,” she says.

There are certain behaviors Gelman says children use to determine a person’s role and make a “good/positive” or “bad/negative” association.

Tone of voice and body language are key nonverbal signals. Gelman says kids can sense the soothing feeling of gentle or pleasant tones and feel upset by harsh sounds before they even know what words mean.

Recall your crying baby when someone spoke too loudly? They eventually become the preschooler cringing at the tense interaction you have when you bump into someone you dislike at the grocery store.

Kids also lean toward “attentive” body motions. “A positive interaction would involve facing towards the person, maybe leaning forward, somewhat getting close, and looking at them. It’s good to look at someone, but not in a hostile way.”

Put it in context

Sometimes it’s hard to keep from appearing frustrated in front of your children. A common example might be snapping out of impatience when you’re rushing to get somewhere, or talking with someone when you’re not feeling well and acting more irritable than usual. There are always times when we’re not our best selves.

After these sorts of moments, Gelman suggests explaining to children that although the experience may have been negative, the person you interacted with is not – and they should not be thought of as “less.”

“Kids understand cause and effect. So saying something like, ‘I was upset because the car wouldn’t start, but it wasn’t Mrs. Smith’s fault. I was just unhappy, and here’s what I should have said to her,'” she says. “I think a 1-year-old wouldn’t understand that, but a preschooler would.”