Learn how to cope with the terrible twos and even turn 'em into important life lessons. 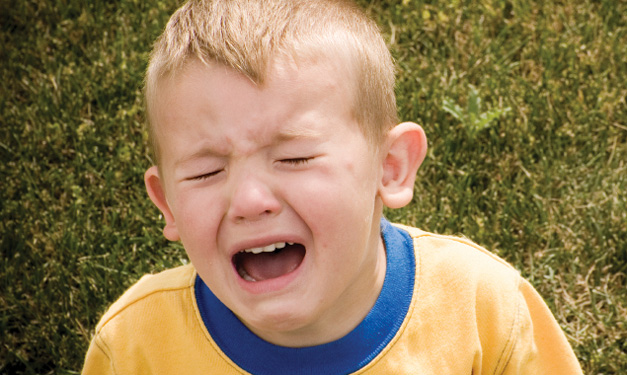 This normal stage of testing boundaries can be navigated with the proper parenting tools – and what some consider a negative phase can turn into a positive and enlightening experience for both toddlers and their parents.

The technical term for this behavior is “toddler refusal” or “negativism.” Some parents feel exasperated as their kids say “no” to everything – from a request to put on a coat, to an offer of an ice cream cone.

Children naturally develop a desire to explore their independence and free will. It’s a new and exciting experience for them, and they manifest this desire through phrases like “no” or “I don’t want to.”

But according to Dr. Tracey Stulberg, director of the Birmingham Family Therapy Clinic and mother of three, this is an opportune time for parents to establish decision-making abilities in their children.

One way both child and parent can benefit is by following what Stulberg calls the “love and logic” approach. For one, parents should limit the child’s choices to help ward off a “no” response out of a child who’s overwhelmed.

“You want to offer the child this or that,” she says. More than two options can leave both parties frustrated. This tool allows parents to maintain control, while allowing toddlers to make a decision and utilize their newfound independence.

Parents play a vital role in the development of their child’s vocabulary, so a child’s use of the word “no” can also result from the amount of times he’s heard his parents use it. If a child is constantly hearing “no,” It’s logical that he’ll also use the word. Plus, because toddlers are just beginning to develop their vocabulary, “no” is an easy word to learn and use.

Stulberg suggests deliberately introducing other words, such as “compromise.” Also, try not to use the word “no” just because you’re in a bad mood or have lost patience. Tone matters, too – and kids pick up on it and mimic it when they throw the word back at mom and dad. “Children understand more than they can express,” Stulberg says.

Explaining a situation to a toddler also can help. Brandi Leonard, a Redford mother of Zoe, 3, and Tyler, 1, is surviving Zoe’s verbal defiance through clear, calm communication with her daughter. She credits patience as the key factor in getting through this phase.

But patience can be hard to maintain, especially in the face of a tantrum. Rashahn Goldsmith, a Chesterfield Township father, says his son Xavier, 7, began this stage at the age of 4 – and still tests his boundaries. According to Goldsmith, when Xavier refuses to perform tasks or “acts out,” dad disciplines with time-outs.

“I will take away privileges. He can’t watch TV or play with his PlayStation,” Goldsmith says. The child eventually realizes that his refusal or tantrum will result in the loss of something special to him.

This stage is inevitable for most kids. But that doesn’t mean it’s easy. Parents may feel as if they handled a situation poorly, or be unhappy with the way they dealt with their child’s actions or behavior. But, Stulberg says, there’s always hope.

“If you had a bad moment, it’s not too late to go back and redo it,” she says. “It’s important to take advantage of an opportunity to teach a lesson.”