Any parent whose been slapped by his or her tot has wondered why toddlers hit in the first place. Read on for insight from an Oakland County expert. 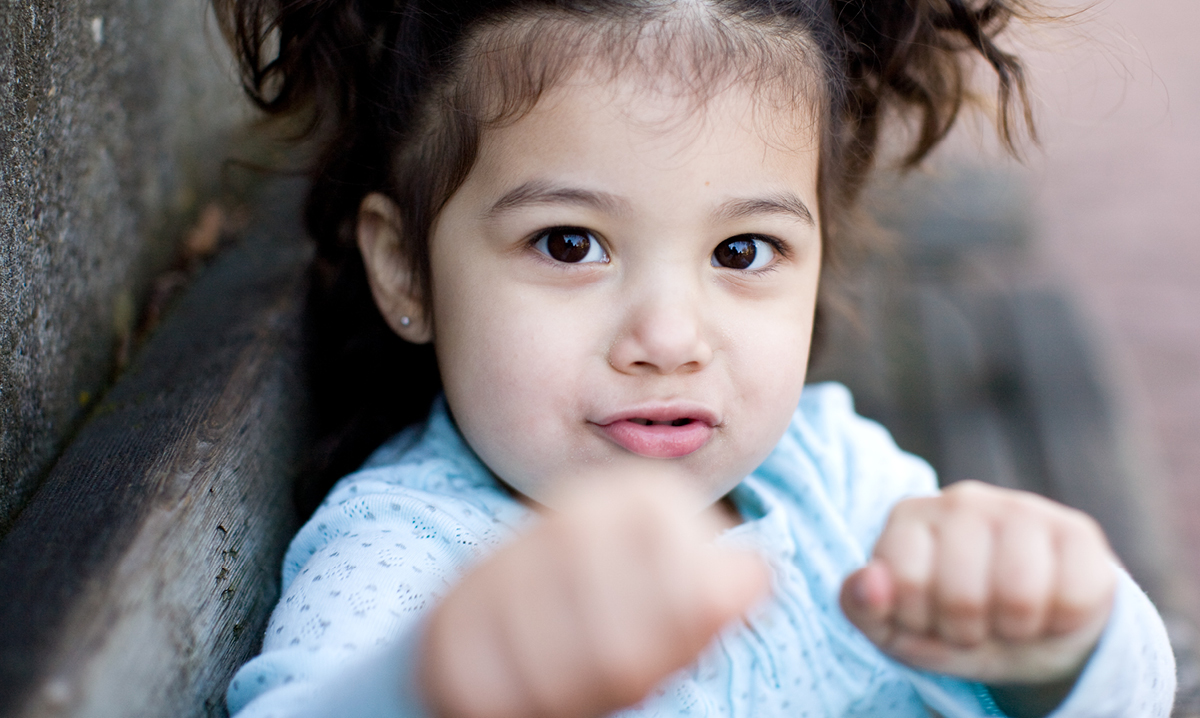 As mom to an almost 2-year-old son at the time of publication, I’ve come to realize that toddlers really are like Sour Patch Kids. At least mine is. One minute, he’s smacking me and the next minute he’s hugging me – and his behavior has led to me wonder why toddlers hit in the first place. How did he pick up those actions, and will it ever stop?

I try to remember that my tiny human is still trying to figure out how to navigate this big world, and he isn’t sure how to express himself.

Still, when your toddler starts his or her version of an argument with you – seemingly out of nowhere – you’re left wondering what exactly prompted it, if it’s normal and – well, what exactly you did wrong.

“Toddlers don’t have a huge vocabulary but they still want to communicate, and usually the way that they communicate is by ‘nos’ or by those types of things,” Malinowski says. “But hitting for them is a form of communication. Most of the time it’s ‘I want your attention’ or ‘I’ve got something going on,’ and they just kind of lash out.”

But as your child struggles to find the words to explain his or her feelings, parents are left struggling to figure out how to cope. So what can you do? Here, Malinowski offers advice for families.

Frustration, embarrassment, lack of control, sleepiness and hunger – these are some of the emotions that toddlers struggle to communicate. Some children could be mad that their toy isn’t working, or upset that their sibling or friend took something away from them – which ultimately results in them slapping someone.

“They act out with their bodies. They don’t have a lot of words, but they have this body that they can do things with,” Malinowski says. “There’s a literal visceral discharge of energy, so it kind of feels good when they do that – when they act out like that.”

That’s the short version of why toddlers hit. But for parents who don’t model this sort of behavior, it can be confusing to understand where their toddler learned this action. If that’s the case, it’s time to investigate what they are exposed to aside from their home environment.

Somehow that behavior is getting modeled for them, so they will take on the behavior – even if they don’t understand what they mean or the consequences of those behaviors.

While parents are in the thick of a toddler brawl, it’s really tough to know how to handle it. Should you hit back? That’s a big no-no, Malinowski says.

“That’s the worst thing that you can do because they cannot
understand what that is all about.”

Ignore it, instead? No. That simply reinforces the behavior.

Instead, Psychology Today, suggests taking your child somewhere private if the incident happened in front of other people. This gives your child the chance to calm down, gives you the chance to deal with things without an audience and helps avoid further embarrassment for your child.

Remain calm. “Model patient adult self-control. That is, be kind, matter-of-fact and strong. No matter how you are feeling – angry, worried, embarrassed, whatever – this is a time to act like a good parent,” the website notes.

Show your child how to calmly caress your arm if he wants your attention. Remind him to “Use your words.” Be that broken record, Malinowski says.

The event in this case is your child hitting, which is something you don’t have control over. There’s a gap between the event and response.

Pausing to assess the situation can change everything.

For families looking for even more advice on why toddlers hit and what to do about it, Malinowki suggests the 1-2-3 Magic program, which is a three-step discipline for “calm, effective and happy parenting.”