Scores of teenagers took the risk and wound up in a hospital emergency room last year. Doctors and poison control warn parents about the dangerous fad. 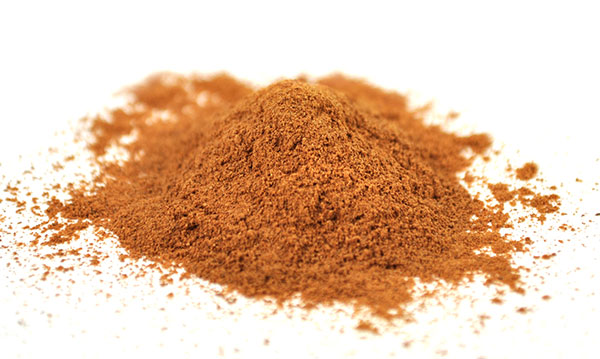 There are thousands of videos online of people taking what is called the “cinnamon challenge,” where they attempt to swallow a large spoonful of ground cinnamon quickly. Typically, the people in the videos end up coughing, vomiting and choking, and they never complete the “challenge.”

What the videos don’t show are the teenagers who took the challenge at home and ended up in emergency rooms across the country last year for aspiration and collapsed lungs.

Many of the people taking the challenge are teens, according to an American Academy of Pediatrics article in the May 2013 issue of Pediatrics – and there were 222 calls to poison control centers in 2012 regarding 13-19-year-olds for “intentional misuse or abuse of cinnamon,” the American Association of Poison Control Centers reports.

The challenge – and results

The cinnamon challenge dares people to quickly swallow a tablespoon of ground cinnamon without drinking water. This is pretty much impossible.

“The cinnamon coats and dries the mouth and throat, causing gagging, vomiting, coughing, choking and throat irritation,” the AAPCC notes. “People with asthma or other respiratory conditions are at greater risk of having this result in shortness of breath and trouble breathing.”

Then, there’s the risk of breathing the spice into the lungs – which, because the cinnamon cannot “dissolve or break down” in the lungs, means “a lung infection like pneumonia can develop later,” an AAP article notes.

The authors of the Pediatrics article “Ingesting and Aspirating Dry Cinnamon by Children and Adolescents: The ‘Cinnamon Challenge'” say “at least 30 youth in the U.S. have needed medical attention” after attempting the challenge.

“According to the authors, this stunt has raised concerns in the medical community of choking, aspiration (drawing foreign substances into the lungs) and lung damage,” the AAP press release about the recent article says. “Some adolescents have gone to the emergency department after taking the cinnamon challenge, and some have required hospitalization for collapsed lungs.”

As of March 31, there were about 20 “exposures” of cinnamon reported to the AAPCC, it notes.

How to prevent teens from trying it

“Do not attempt the cinnamon challenge! It’s not worth it,” the site warns. “Instead, watch the videos to see people failing miserably.”

Although there is this warning, it may not be sufficient to show your kids just how dangerous the challenge is. The authors of the Pediatrics article note that “given the allure of social media, peer pressure and a trendy new fad, pediatricians and parents have a ‘challenge’ of their own in counseling tweens and teens regarding the sensibilities of the choices they make and the potential health risks of the dare.”

If your child is found choking, vomiting or having any reaction because she did try the challenge, the AAPCC says to immediately call 800-222-1222 to connect to a poison control center. If your teen stops breathing, collapses or has a seizure, call 911.