What's the secret for parents hoping to strike a balance they and their emotional kids can live with? Here are some tips and tricks for dealing with teenage drama. 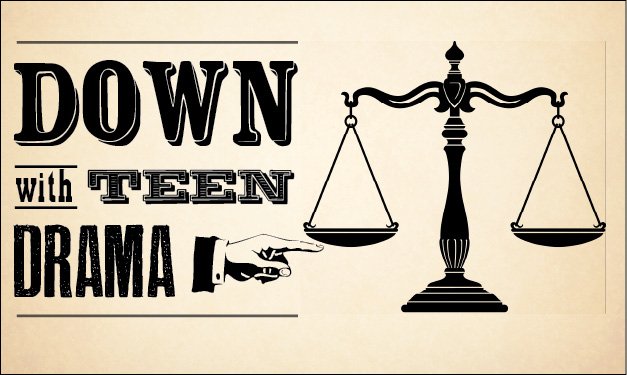 If dramatic scenes rivaling Academy Award-winning performances are routinely playing out in your house, chances are you have an adolescent child. Sometime around age 11, kids begin to realize the power emotions play. From realizing the attention that a slammed door grabs to experiencing sympathetic pangs of angst for a forlorn friend, many children are drawn to drama.

Fueling the instinctual drama of many tweens or teens, some children seem to be magnets that also regularly attract angst-ridden friends. Combined with an adolescent’s natural tendency to evoke a dramatic scene, having teen drama king and queen friends can be a parent’s worst nightmare!

If you’ve been trying to curb your child’s appetite for drama or to make better choices in friends, you’re not alone. Although drama can be frustrating and counterproductive, you can take steps to ensure you no longer feel like you’re fighting an uphill battle.

It is important to understand how your child exhibits his or her drama. Despite stereotypes and foregone conclusions, young boys are just as apt to be dramatic as their female counterparts. “One major difference between a boy’s and a girl’s drama is the way they express themselves,” says child advocate specialist and family therapist Marie Monteleone of New York.

Young boys tend to bottle up their emotions until they can no longer contain their feelings. “Boys will often explode by shouting, or melt down into an angry pile of tears,” says Monteleone. Teen boys fly off the handle at a sibling who accidentally touched their possessions or when a parent inadvertently crosses an invisible boundary. “My son has stormed out of the room in tears just because I asked how his day was,” shares Laura Preston of Illinois.

“One of my daughters turns setting the table for dinner into an elaborate production, while another carries on about her hair not being perfect as though it were the end of the world,” the mom of four girls explains.

What’s with the drama?

To some extent, every tween and teen plays the part of drama king or queen. Drama gives teens the chance to explore the range of their emotions and measure reactions to their emotions. Once you determine what is at the heart of your child’s drama, you’ll be able to divert it.

Many teens turn to drama because they’re looking for additional attention. It is possible your daughter is trying to belong to a social group. She may be struggling with peer pressure or how to express herself to her family and friends. Talk with her to provide clarity as to how she develops friendships and chooses to express her feelings, concerns or fears.

Dramatic young men might be teetering between wanting to be babied and wanting to be treated like an adult. They might be feeling conflicted between pressure to “act like a man” and the childlike desire to be coddled.

“Understanding where a teen is coming from will provide insight into his or her emotions,” says Monteleone.

Taming your teen drama king or queen takes a skillful mix of patience, creativity and persistence. Provide consistent boosts to your child’s self esteem and confidence to eliminate the need to gain attention through drama.

Also, accentuate the positive characteristics of your teen’s peers who are not overly dramatic to provide subtle direction toward a different group of friends. Your child will develop self-confidence to form mutually rewarding and respectful relationships that are not filled with constant angst and drama.

When your teen or tween launches into a dramatic scene, resist fueling the situation by drawing attention to her actions. Calmly and briefly explain that the dramatization does not promote effective communication and she should go to another room to compose herself. After a few instances of not receiving a response to her drama, your teen will realize she needs to choose a different form of expression and communication.