A recent study found that 6 percent of kids ages 12-17 actually bully themselves online. A local expert weighs in on why and how to help. 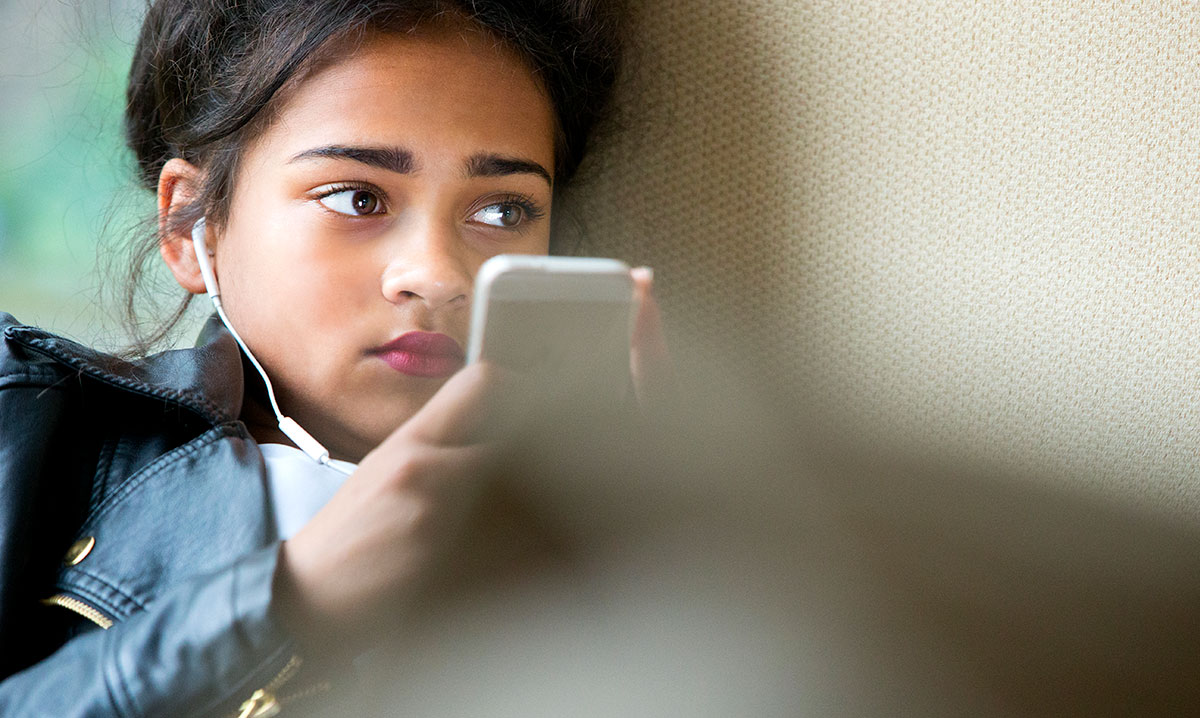 Cyberbullying is well known to be one of the many risks kids face on the web, but what if teens are sometimes their own worst enemy online?

A recent study found that 6 percent of kids between the ages of 12 to 17 are actually taking part in what researchers are calling “digital self-harm” by posting negative things about themselves on the internet.

The Florida Atlantic University study looked at data from 5,593 middle and high school students to find out just how common the practice is and why kids are doing it.

“The idea that someone would cyberbully themselves first gained public attention with the tragic suicide of 14-year-old Hannah Smith in 2013 after she anonymously sent herself hurtful messages on a social media platform just weeks before she took her own life,” study author and university professor Sameer Hinduja, Ph.D., said in a press release. “We knew we had to study this empirically, and I was stunned to discover that about 1 in 20 middle- and high-school-age students have bullied themselves online. This finding was totally unexpected, even though I’ve been studying cyberbullying for almost 15 years.”

The motivations behind the behavior varied, researchers found, with boys more likely to say they did it as a joke or to gain attention while more girls said it was because they were depressed. Digital self-harm was 12 times more likely among victims of cyberbullying, three times more common among non-heterosexual teens and more common among adolescents who have engaged in self-harm offline, according to the press release.

Dr. Laura Rodriguez-Kitkowski, Ph.D., a licensed professional counselor at Keller Clinic in Troy, is aware of the alarming trend and recently spoke to a class of students about the issue.

“Sometimes people who cyberbully themselves use it as a journal mechanism,” she says, using social media as a digital diary where their darkest thoughts are shared.

“That is a state of bullying for themselves; it could be as simple as something like that,” Rodriguez-Kitkowski says. It can create a dangerous situation for adolescents, who often feel “stuck” in negativity. “They learn to stay in a bad space. You stay in this kind of cyclical illness.”

Parents should know that digital self-bullying could be a cry for help.

Providing support and intervention is critical, Rodriguez-Kitkowski says, even if you don’t understand the behavior or where it’s coming from. Instead of saying things like “What’s wrong with you?” or “How can you think this way?”, try something like, “I’m here, I don’t ‘get’ everything but I ‘get’ some stuff and I’m trying to understand.”

Meet kids where they’re at, she says. Try not to act like you know better than your child does.

“When a parent takes that approach and they take a step back … it actually builds a relationship with their own child and it’s so pivotal. It’s such a calming thing.”

In addition to the loving support you offer your child, keep in mind that monitoring online behavior and restricting phone use (no phones in bed, for example) are also important steps.

“Phones are everywhere. They’re always two seconds away from some type of technology to send a message to themselves or someone else,” Rodriguez-Kitkowski adds. “They’re in a car, at the dinner table, they are missing social cues left and right because they have an interface in front of them.”

Watch for changes in your child’s behavior as red flags for depression or other concerns.

“When they’re inward, when they’re not engaging in any other activity than being on a computer or phone … that’s a sign to start looking at it with a much more open eye than they had previously,” she says. Also look for attitude shifts, behavior changes or differences in eating and sleeping patterns. “Those are the kinds of things that we need to look out for.”

“If we panic, we will lose. We’ve got to take a breath and in that breath one of the first things that we say – and I believe in a healthy touch to that child, holding the shoulder, touching the hand – ‘I’m right here. We gotta get through this,'” she advises. “It’s such a simple thing that people take for granted. ‘You are under a lot of stress right now, I’m right here.'”

Make sure your teen has a solid support system of friends or a trusted counselor or teacher at school they can talk to. And don’t be afraid to seek professional help.

“Even if they’re going to therapy every other week for four months, that’s still eight sessions that they have with someone that will give them a different level (of support),” she says.