Getting Teens to Talk and Open Up

Got a tight-lipped school-aged tween? Browse our tips for getting teens to talk with you and how to master the art of small talk. 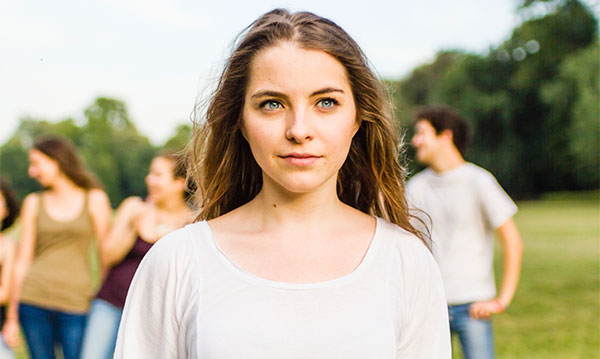 Any kid worth his or her Rocket Dogs knows the only real answer to the “How was your day, honey?” question is, “Fine, Mom.” And when we prod for more information, we get the eye roll. Why is communicating with teenagers so difficult? How do we get our kids to talk to us in more than monosyllables? Sometimes it’s by asking them what they think about … stuff.

According to Dr. Richard Lerner in his book The Good Teen, keeping the lines of communication open between parents and kids is a great way to nurture healthy relationships with children. That means parents have to be ready to discuss almost anything. And it means being willing to listen to what kids have to say about what’s important to them. For example:

We have to be curious about what’s engaging our kids, and then ask open-ended questions about what interests them. Even better, we need to pay attention to their answers. We may decide not to follow every piece of advice our little fashionista doles out, but we’ll learn a lot about what’s going on inside her head if we listen to her ideas.

Magazines that target young audiences recognize that kids of all ages love to share their views and opinions. And they’ve learned to format their quizzes and questionnaires in ways that help the reader “frame” her answers. You can do the same.

Let’s face it. These topics probably aren’t on our adult “Top 10 List of Things to Ponder.” We’re not going to solve world famine or unearth the Cosmic Meaning of Life. And that’s OK. Instead, though, we may establish a comfortable, natural pattern of, “You talk; I’ll listen,” making the big stuff – like peer pressure, bullying and later dating – easier to talk about when the time comes.

Do you have any additional tips or ideas for talking with your tweens and teens? What has worked for you? Share your story in the comments.