With so many apps that keep us connected, it's easy for kids to get hooked and too often, their online presence goes bad. How can parents keep their teens safe? 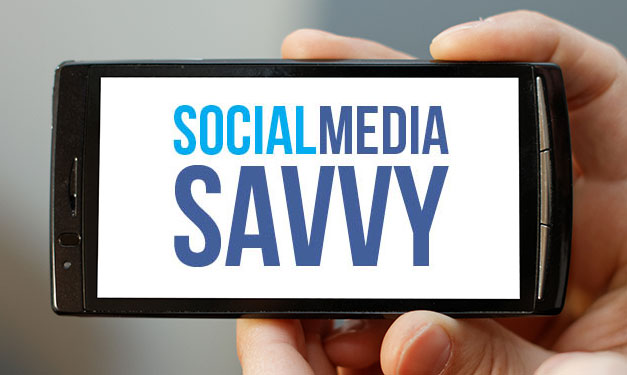 Smartphones keep us all connected and thanks to a number of applications, they’ve helped build a generation of social media savvy kids. With new apps constantly being released, it’s almost impossible to keep tabs on where exactly your child has a virtual presence. So, how can parents be sure their child is being responsible online? Metro Parent chatted with social media gurus from southeast Michigan to find out.

Chances are you’ve heard of apps like Facebook, Twitter and maybe even Instagram, but what about Vine, Snapchat and Whisper? New social media outlets are popping up in the app store every day and you better believe that your tech-savvy teen can find them.

“For many young people it’s an extension of themselves. Many people use it for a daily journal,” says Rasheda Kamaria, founder of Empowered Flower Girl, which offers workshops, literature and clothing for young girls.

Around 31 percent of colleges look into their applicant’s social media pages, she explains, and often a young person with good social media standing will get preference over one with a page full of negativity.

“It’s a great tool for them to keep up with school and for them to communicate,” she says. “We encourage young people to use it for good to share info they have learned and keep up with friends.”

Emily Hay, the founder of Hay There Social Media, agrees and recommends that teens be on social media to discover positive opportunities as well as collaborate on school projects.

“If your teens are using social media to create a positive digital footprint, colleges can get a good impression of them when it’s time to apply to college,” Hay says. “Not having a name online can just be as damaging as a negative footprint.”

Of course, there’s a dark side to social media…

Tons of social media outlets, like foursquare, have a GPS feature that allows kids to post – and strangers to know – where they are every second of the day.

“The No. 1 thing that I recommend avoiding is over-sharing. Where you’re at, what you’re doing,” Hay says. “Social media encourages people to put their emotions, and it’s so easy for kids to over-share.”

Other apps are dangerous because they promote anonymity, Hay says, including Whisper, Snapchat and ask.fm.

“They make it very easy for teens and tweens to connect to strangers,” Hay says.

Hay recommends parents be aware of every social media site that their child is on, and making sure that the appropriate privacy setting is turned on.

In addition, these apps also give teens a false sense of security when it comes to sending compromising text messages or photos of themselves. What they fail to realize is that once it’s sent you can never get it back, and possessing those pics could be illegal.

“You can hit the delete button but people can take a screenshot,” Kamaria says. “[Plus,] if they are in possession of nude photos of another minor, they can be charged with child pornography.”

You can also read up on tips from local safety experts on keeping kids safe from stranger danger in the new age here.

“Many of the conflicts kids have in school (continue) online,” Kamaria says. “So their online interaction affects their offline lives.”

“We tell adults not to send that email (when) you may be responding something angry and hostile,” Kamaria says. “I think that many young people need to be taught this.”

Sometimes, the cyber-bulling can get so bad that teens feel as though suicide is the only way out. They will, ironically, turn to social media as a cry for help.

“One little girl kept posting about how she wanted to die and she was using social media as a cry for help,” Kamaria says. “She reached out and maybe if her parents had known about it she could have had a conversation with her. She committed suicide.”

As a parent, the safety of your children should be the first priority, not being their friend, Kamaria explains. To keep your child safe online she recommends:

Both ladies agree that parents should monitor and set boundaries for their child’s social media use.

“The parent bought the phone, so the parent says what the kid can and cannot do, ” Hay says.

Hay also suggests that parents utilize some of the great tools out there to teach kids and parents on online safety, like Hay There Social Media and commonsensemedia.org.

“I really like their articles, they are just really easy to get through. They let parents know which social networks are out there, which ones are dangerous,” she says of commonsensemedia.org.