Risky behavior, skipping curfew and more: Your kid's behavior may be making you crazy, but it's not personal. Turns out, his brain is still developing. Find out what's happening. 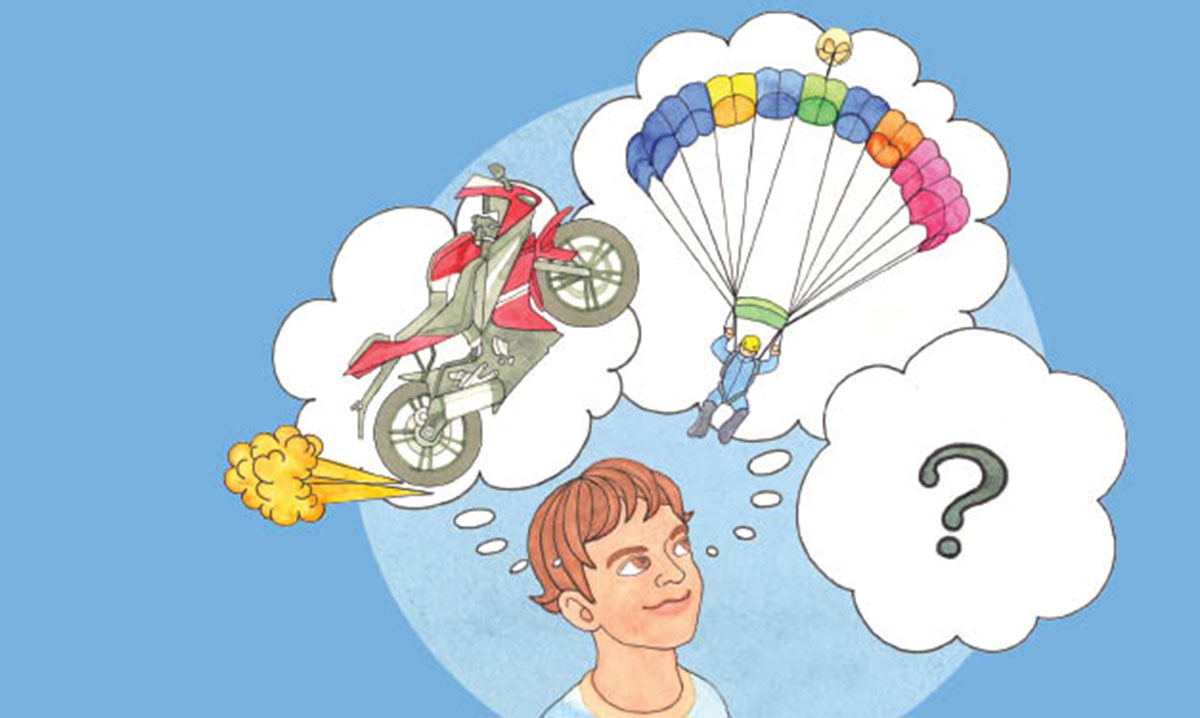 Teen transgressions like skipping curfew may seem like personal affronts. But this reckless behavior has little to do with parents. Kids’ brains are programmed to make immature choices, researchers say.

Scientists once theorized that most cerebral development is done by early childhood. Brain growth grinds to a halt after puberty: It reaches 90 percent of its adult mass by age 6 and is full-sized by 12. In fact, kids’ brains reach peak neuron capacity in utero and begin losing or “pruning” neurons before birth.

But in recent decades, MRI scans have opened a new window. Research by Dr. Jay Giedd, who helmed child brain imaging at the National Institutes of Mental Health at the time of publication, shows the adolescent brain is still developing. Rather than adding new neurons, it’s building and strengthening paths between nerve cells. This creates a more efficient brain, Giedd says – but not a more mature, adult-like brain.

Teens are developing more efficient thinking, but not inhibitory controls. Why? Likely evolution, says Laurence Steinberg, psychology professor at Temple University: “All mammals go through puberty, leave their natal environment and venture out into the wild, which is a very risky behavior.”

This explains those parent-teen conflicts that rage in adolescence. Communication is crucial – yet can be challenging, says Sheryl Feinstein, Ph.D., author of Inside the Teenage Brain: Parenting a Work in Progress.

It’s truly a battle. “We approach a problem with logic and reasonable thinking,” Feinstein says, “while teens approach the problem with fury and negative thinking.” Understanding that teens have unique brains is key. “Communicate with teens on their terms. Mandating severe punishments almost always results in rebellion,” she says.

In a recent study, Steinberg found, in the presence of peers, teens are more likely to take risks and pick immediate rewards, boosting the odds of lasting consequences, from legal run-ins to disability and death.

The good news: This brain development process wraps between ages 22 and 25. In the meantime, experts say, try to enjoy the ride.