A Troy mom let her kid join pals in an old-school neighborhood 'bike gang.' Some mom worry aside, these tween boys found freedom and fun here in metro Detroit. 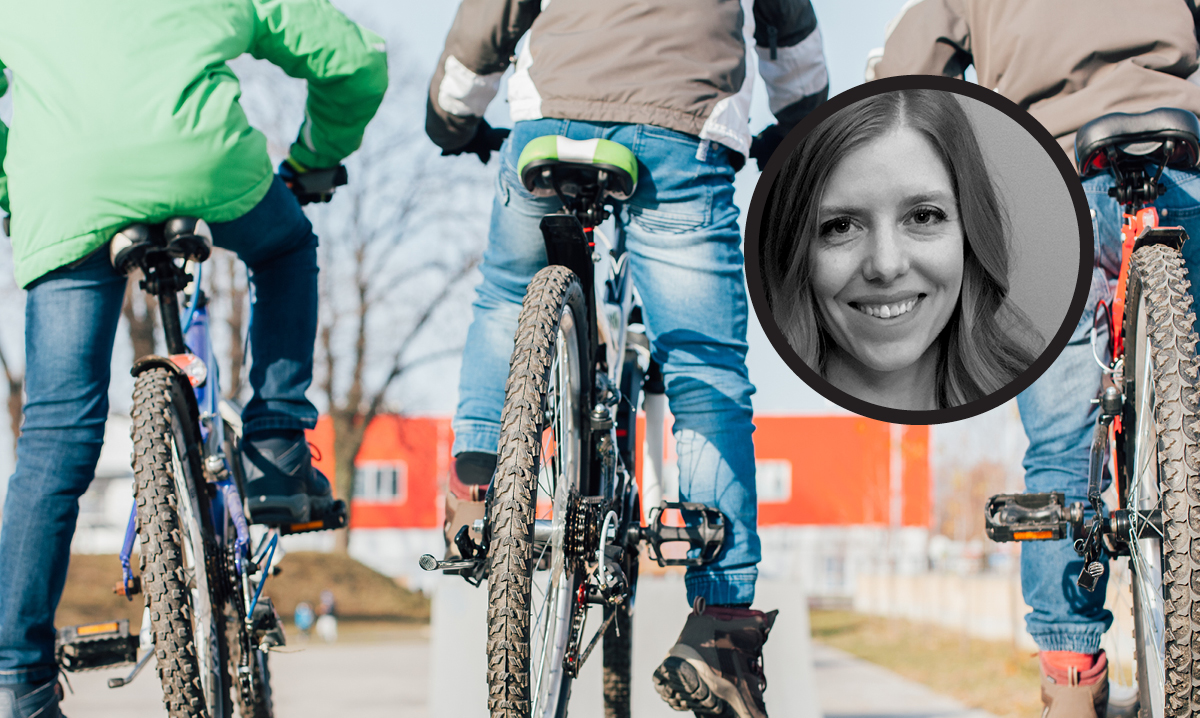 Is there anything more symbolic of the carefree ’80s childhood than kids biking around, devil-may-care helmetless and cutting through backyards? The “bike gang” was a staple then – now it seems more like a relic.

Perhaps it’s ironic that my generation has spawned overprotective parents. Sure, we’ve bought our kids bikes – how else would we take family rides at Stony Creek Metropark? Yet these outings have never touched upon the anarchistic glee of freewheeling dirt bikes.

It was out of the ordinary when one spring evening the doorbell rang and I heard what sounded an awful lot like a fifth grade boy on my porch.

“You wanna go biking with us?” the boy asked my son.

“Sure – hey Mom, I’m going biking with some friends!” he shouted.

Grabbing his wheels from the garage, he was off with two other boys. I called out something to the effect of, “Be back in an hour for dinner, and be safe!”

An hour came and went. After initially reveling in the retroness of it all – and the fact that my son was not playing Fortnite! – worry kicked in. Did anyone have phones? Did these boys know what they were doing? Were other parents worrying?

“Should I be concerned?” I asked my husband.

“Text someone in 10 minutes or so if you hear nothing,” he said.

I broke out my phone in about five minutes; I got a text from one mother noting a sighting of biking boys. “Send them back my way,” popped up soon after. The side door opened about 45 minutes later and my son sauntered in, a combination of gangling limbs and boyish voice, eager for dinner.

He stood as he ate his reheated grub and recited the names of at least five friends who’d joined the 90-minute bike adventure. He’d even figured out some summer plans. “It was fun – and productive!”

I found out the next day at a baseball game that not all the moms were chill with this free-range parenting stuff, though.

“OH MY GOD THEY CROSSED A MAJOR ROAD!” one mom declared. “He’s not allowed to do that!”

“They want to bike to school tomorrow, but they need some ground rules,” a third mom decided.

The next morning, the boys biked to school. This time, I received text updates as if I was tracking UPS: My boy had hit the first destination, two boys had hit a third house, the major street had been successfully crossed. On the return trip, rain hit, with longer stops involving frozen pizza, video games and biking in that rain.

My soaked son was happy with this mode of transport.

A modern rite of passage

With the final weeks of school dwindling down, the biking fervor continued as the boys took in their last days of elementary school. Growing sentimental, we moms nicknamed the group after their elementary school, Sons of Anarchy style.

I have spent chunks of my summer shooing my son off of video games; bike gang did not eradicate electronics from these boys’ lives. But is any generation without their questionable vices?

Given the opportunity to freewheel with friends, kids will still take it. The old adage remains: The more things change, the more they stay the same.

It’s something I have to remind myself as my son bikes off into the future.

Mardi Gras (aka Fat Tuesday) falls on February 21. If you're looking to celebrate at home with the kiddos, this handy Mardi Gras guide has you covered.
Read more
Outdoors

Wary of indoor dining but tired of eating at home? Consider a meal at one of these local spots that offer outdoor dining in the winter.
Read more
Indoors