How ‘Plasticity’ Can Help Teens

Keeping in mind that peers change is an effective coping tool for everyday stress. 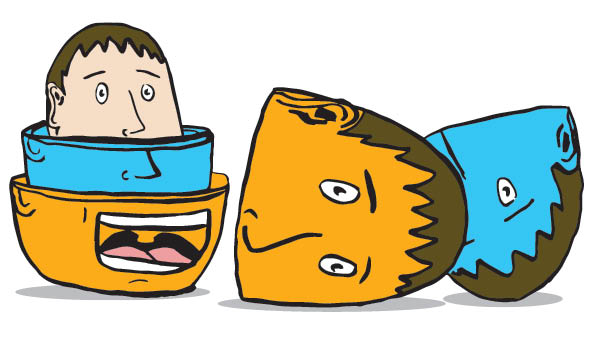 Adolescent life is tumultuous. A good student unexpectedly flunks an exam. A likeable kid gets picked on, out of the blue. A best friend suddenly gives the cold shoulder. It can all happen in a flash, and it can be incredibly stressful.

That’s where “plasticity” comes into play – and can help teens process the new, rapid-fire shifts in their young lives. While “plastic” sounds rigid, this scientific term actually refers to how the brain can change.

It’s a simple but powerful concept. In a 2016 study, high school freshmen who were taught a version of it – namely, that people can change – in a basic reading/writing exercise wound up managing social stress better and even scoring higher grades than teens who hadn’t had the lesson.

Training kids to keep plasticity in mind can be a powerful coping tool in the long run, says Eric Herman, a pediatric psychologist at Children’s Hospital of Michigan in Detroit. Remind teens they won’t feel how they’re feeling forever – and neither will their peers.

“I think what we’re looking at is giving people the feeling of hope,” he says. “We hope people can change, and that’s the whole point of trying to work on things. (Plasticity) gives people hope that if we do some work, then things can get better.”

That sounds fine and dandy, but Herman points out that it doesn’t “just happen.”

“There’s nature and nurture, there’s some things that can change and some things that don’t change,” Herman says. “I think people can make lasting changes, but it’s usually not that quick.”

The first step is determining a specific change to make, Herman says. Maybe your son’s procrastination is feeding his frustration in class. Or your daughter is sick of ignoring the girl she thinks spread a rumor about her last year.

Kids should ask why this needs to change – and if the change will get them where they want to go.

“People want to do a bunch of stuff that sounds right, but doesn’t answer all the problems,” says Herman. For instance, some kids think they can solve bad grades just by staying up longer to study, but they’re not addressing core issues with comprehension, communicating with their teacher or procrastination. Same goes for handling a bad relationship by avoiding someone in the halls. It isn’t fixing anything, but rather, avoiding feeling uncomfortable.

“I would ask what’s their motivation,” Herman says. “I don’t want them to go on a ‘diet,’ because diets don’t work. When talking about lasting change, we’re talking about people understanding how to be healthy and how to have some balance.”

Young people care a lot about what people think of them, Herman says, and adults tend to forget how much those perceptions matter.

“Teens have some resilience, because they are limited in their abilities to perceive things, but they are also (emotionally) vulnerable because they lack experience,” he says. “A lot of times they haven’t been through more significant stress.”

So when there’s concern over rumors, hallway snubs and good old-fashioned jealousy, it’s very natural for teens to get caught up in the drama of it all. Parents’ first role, he says, is to be empathetic and listen.

“What I tell people is, ‘I can understand if someone has hurt you,’” he says. “Usually people are justified in their feelings, but then the question becomes: How does holding a grudge hurt you?”

It’s easy for teens to rationalize a “wrongdoer” is no longer a friend. Sometimes teens need to be reminded people aren’t perfect and these mindsets don’t last forever.

“If they’re defensive all the time, they’re keeping a lot of good out,” he says. “Things happen in real life that we don’t like, but we can’t be that black and white about it.”