The Deal on Why Teens Steal

For all the ethics lessons parents try to pass on, even seemingly 'good' kids steal. Is your child an offender? Find out why teens steal and what you can do to stop it. 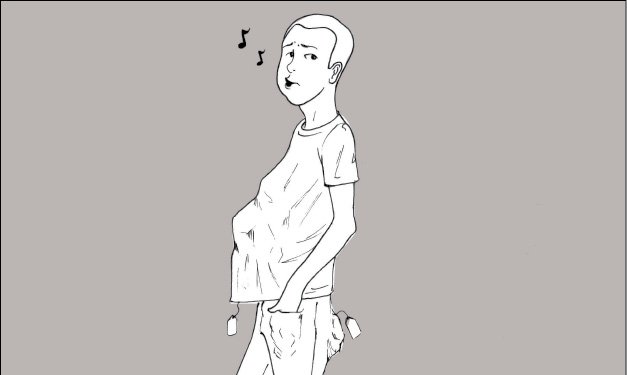 In high school, Jill Barnes used to go to Kmart every day after school with a couple of her friends and browse the aisles.

“We’d get eyeliner and nail polish, CDs, magazines, key chains – anything we thought was cool and was small,” says Barnes, who lives in Royal Oak. “It had to be small.”

Why? Because Barnes and her friends weren’t buying the items; they were stealing them. And size mattered.

“We put stuff in our bras, our socks, or pants,” she says. “Rarely our bags, because we felt like those could be checked more easily.”

For years, she says, she and her friends got “high” on seemingly simple access to free stuff.

“It really was addictive,” she says. “The more you get away with it, the more you want to do it. And it would kill you to have to pay for anything.”

Stealing is a big deal

Shoplifting or retail fraud is a major concern for retailers and parents alike. According to the National Association for Shoplifting Prevention (NASP), at the time of publication, $13 billion is stolen each year – about $35 million a day.

The National Crime Prevention Council (NCPC) adds that around 25 percent of those apprehended for the crime are ages 13 to 17. Many teens don’t even perceive it as a big deal.

According to the NASP, 89 percent of kids say they know other kids who have shoplifted, and 66 percent say they hang out with those kids.

Contrary to popular belief, there is no certain category teenage shoplifters fit – “good” and “bad,” boy or girl. The truth is, an “A” student who does her chores and goes to bed on time is just as likely to shoplift as a “D” student who sneaks out at night.

“I was a good student,” says Barnes. “I ran track, didn’t do drugs or smoke. I was pretty much a good kid.”

Except, Barnes acknowledges, she was a thief. And her parents never caught on.

Peter Berlin, founder of the NASP, says kids pinch for a variety of reasons.

“Because they wanted nice things, felt pressured by friends, wanted to see if they could get away with it, or were angry, depressed, confused or bored,” says Berlin. “Sometimes they are just mad at the world and want to strike back.”

Teens often want things they can’t have – especially in today’s economy – and getting something for nothing sounds like the perfect solution.

Nabbing a brand-new iPod from a store when no one is looking can seem like a great plan for a teen that is the only one at school without one.

And rarely do teenagers think about consequences. In fact, shoplifters get caught only once for every 48 times they steal, the NASP notes. And even after those slim odds, they’re turned over to authorities just half the time.

Those stats starkly point out that teens really can steal and get away with it.

So how do parents make sure their teens don’t commit the crime – and avoid the consequences? Here are some tips from the NASP.

Talk to your child about stealing at several times throughout his development – not just when he’s very young. Explain the potential consequences: embarrassment, shame, a knock on the child’s record, etc.

Be on the lookout for items your child may have that he or she couldn’t afford. If you notice items, ask where/how he or she got them and check to ensure the story is true.

If you discover your teen has stolen, talk to him positively and firmly. Let him know that stealing is a crime no matter how small the item, and he could get arrested or even banned from a mall or store.

He only has to get caught one time to have a potential misdemeanor or felony on his record; that could jeopardize his chances of getting a job or getting into college.

Explore the numerous options for teens who shoplift, such as the NASP’s Y.E.S. Program (Youth Educational Shoplifting Program). In it, your child learns how shoplifting affects himself, his family and society at large when store prices increase to make up for lost revenue.

The NCPC also has pamphlets that can help teens and parents understand the damage shoplifting causes and the negative image retailers can have towards teens.