Parents beware: After reading this list, you’ll start seeing the drug-concealing potential of every household item. Get informed with this insightful read. 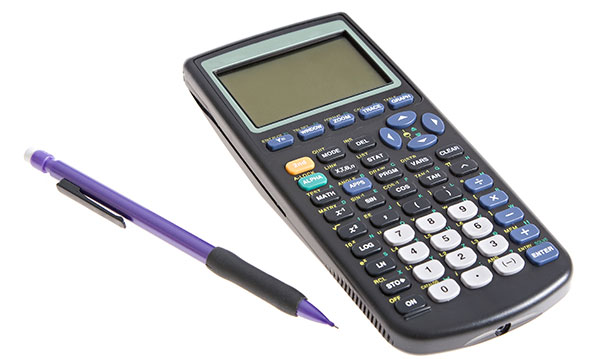 Teens are tough. The transition into independence and adulthood is a hard one to watch as parents. Your little girl is now wearing eyeliner and your little boy is driving himself to basketball practice. They don’t need you as much as they once did, and that’s a tough fact to swallow.

No one wants to be a helicopter parent. Sometimes it’s important to let your child make mistakes on their road to becoming self-sufficient adults. However, some mistakes require intervention. And the government is offering a little help.

A parent-resource website operated by the Drug Enforcement Agency (DEA) has released a list of common places where parents may stumble upon their teen’s drug stash.

Before reading this list, remember: You should do what you can to prevent drug usage in your household and notice the warning signs from the beginning. The earlier you intervene, the better.

“The first thing you should do is be observant of your teenager in terms of their behavior, their friends and their habits,” Oakland County Sheriff Michael Bouchard says.

Warning signs of drug usage include dramatic changes in behavior (i.e. if your teen becomes withdrawn and sullen), interests (perhaps your teen was an avid dancer and now shows no interest in going to ballet class) and friend groups, Bouchard says.

“Those are all signs for you as a parent that you really need to get involved immediately,” he says.

Without further ado, here is the list of places to start your home drug bust.

1. Teddy bears (and other animals of the plush variety)

If you find your 16-year-old’s teddy bear randomly shows up on her bed for the first time in years, she might not be reminiscing on her childhood adventures with Mr. Fluffy. The DEA reports teenagers often hide small baggies of drugs on the inside of seams.

However, don’t immediately start tearing into the cotton filling. A simple reappearance of a beloved stuffed animal is not a definite sign of drug use, but if you find your teen acting paranoid when around Mr. Fluffy, then it may be time to dissect the animal.

2. Graphing calculators and alarm clocks (and anything with a sizable battery compartment)

A sudden increase in your teen’s interest in graphing parabolas may be a good sign – they’re doing math for fun! However, if you suspect they may be using drugs, don’t overlook the calculator.

“The bottom line is this: Typically, (teens) would look for a place that’s accessible but not necessarily obvious,” Bouchard says.

Drugs can be stored in empty battery compartments, the DEA reports. Items in plain sight are perfect hiding spots because they’re often missed.

3. Highlighters (and anything else with a cap)

School supplies are popular hiding spots, and many of them can be used to conceal small amounts of drugs, the DEA notes.

So if you see your teen packing a pencil case before hanging out with friends, it may be a good idea to do a quick cap check.

Bouchard says any item with a decent amount of space can be used to hide drugs.

“It depends on how much time and effort they put into it,” he says. “If they put a little more time into it, there’s a host of kinds of things you can buy on the internet or elsewhere that are intended to hide things – especially drugs.”

4. Shoes (and other clothing)

Did your teen suddenly go up a shoe size? He may be trying to buy bigger kicks for a little extra storage space.

The DEA says teens sometimes push drugs into the toes of their shoes to keep it out of sight. Sheriff Bouchard confirms it’s a common ploy.

Bouchard says an important thing to remember is open engagement. After all, the last thing you want is your teen to turn against you and become even more distanced. The signs of drug usage in teens are similar to the signs of bullying and depression, so be sure to talk to your teen to really understand what’s going on.

“(Your) first job though is to be a parent – not a friend. You can be a friend as they grow up and mature and you’ve guided them through the incredible amount of challenges a young person faces in today’s world,” Bouchard says.

5. Glove compartments (and all other nooks in a car)

Trusting a teenager with a car is hard enough. So much can go wrong. Now, you can add “hiding drugs” to that list.

The DEA notes some popular stash spots in a car’s interior include glove compartments, undersides of seats (where drugs can be taped up), the trunk and behind the steering wheel – again, usually affixed with tape.

Bouchard says it’s within the job description of parent to control car privileges.

“Your primary role as a parent is to guide and to help shape their judgment capabilities and their character,” Bouchard reminds, “and then a lot of the other stuff takes care of itself.”