Sneaky Ways Teens Smoke Pot and What Parents Should Do 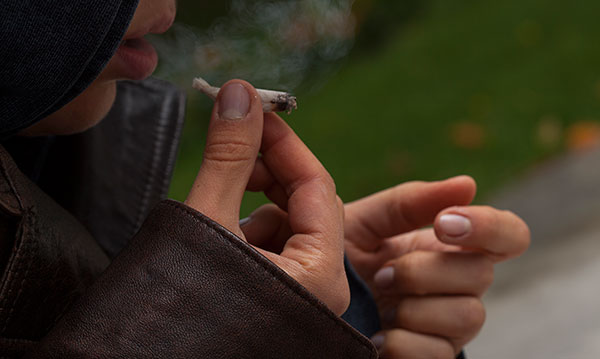 There’s something new for parents to worry about when it comes to their teens and drug use: a sneaky, odorless way to smoke pot that comes with plenty of risks.

A recent Yale study of high school students found that nearly one in five e-cigarette users have also used the device to vaporize cannabis or a byproduct like butane hash oil.

The study, published Sept. 7 in the journal Pediatrics, surveyed 3,847 high schoolers from Connecticut. More than 27 percent of the students reported using e-cigarettes and of them, 18.7 percent says they’ve used e-cigarettes to vaporize marijuana, according to a Yale news release.

An e-cigarette has a cartridge with a heater that vaporizes liquid nicotine instead of burning tobacco. Hash oil can be substituted for the nicotine solution and some e-cigarettes are made to be used with marijuana leaves or wax infused with THC, the active ingredient in marijuana, according to the Yale report.

“This is a relatively novel way of using marijuana, and kids are using it at a fairly high rate,” lead author Meghan E. Morean says in the news release. “The smell of vaping marijuana isn’t as strong as smoking it, plus the similarity in appearance of hash oil and nicotine solutions make this a really inconspicuous way of using marijuana.”

“It’s much more potent and far less studied,” Dalton says, pointing out some of the risks involved. “There’s still butane oftentimes left in the residual oil so people are smoking both the butane and the marijuana oil or hash oil as well.”

Dalton oversees the youth and family services program at Dawn Farm, which also has a teen drug use prevention program.

“We are definitely seeing it more with youths that are involved in our programs,” he says.

The trend presents a challenge for parents since this method of using marijuana can have a limited odor and won’t come with the same noticeable warning signs, like finding towels in front of your teen’s door.

“The frequency and amount may go undetected for a longer period of time,” Dalton says.

Parents of teens should watch for signs of marijuana use including changes in behavior or losing interest in the things they previously enjoyed. Other warning signs include finding marijuana paraphernalia in the house or a smell on your teen’s clothing.

And while parents can try to monitor their children’s whereabouts and restrict access to harmful material – like the abundance of YouTube videos showing teens exactly how to use e-cigarettes with marijuana – it’s best to have an ongoing dialogue about the dangers of drug use and keep an open relationship with your child.

“Knowing that those things are out there and knowing that ultimately you can’t stop them from being out there, make sure that you’re telling the other part of the story,” Dalton says. “Make sure that the Internet and their friends are not their only sources of information. You want to be a source of information as well.”

Meaningful conversations with your children will often be more beneficial than trying to keep up with every new, dangerous trend, says Troy Police Department Police Sgt. Meghan Broderick Lehman.

“Over the years of being a police officer, the trends as far as using marijuana and the different types are constantly changing. Unfortunately as law enforcement or parents or schools we’re usually one step behind,” Lehman says. “My message is that parents really just need to talk with their kids.”

Regular conversations, getting your kids involved in positive activities and knowing your kids’ friends will go a long way, she says.

“It’s obviously out there and becoming more common and you’re not going to be able to follow your child around 24-7,” she says. “You need to arm them with information to make good decisions.”