Talking to Teens About Their Friend’s Risky Behavior

Parenting a teenager is stressful, especially when their friends start upping the ante with risky experiences. How do you address these behaviors? 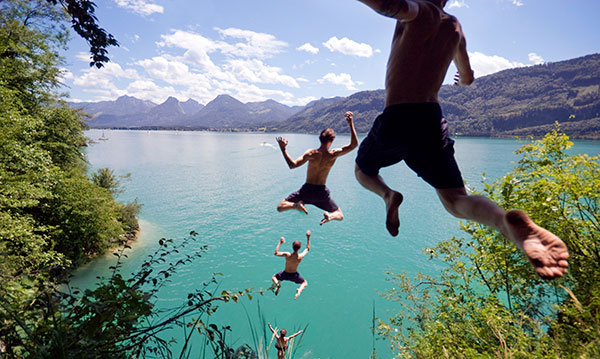 Being a teenager is difficult. They’re neither adults nor children, and it can be daunting having to sort out exactly what it means to grow up.

Some days teens will cuddle up with their moms to watch a movie, but other days, the only thing they want is to be free from everything – to experiment, to adventure, to have experiences. For parents, this desire for independence comes with several stressful caveats.

Like when they stop coming home right away from school, they stop telling you about their day and suddenly, the most you know are the bits and pieces of conversations you overhear them having from their friends.

Then, the dark, fear-induced parent thoughts come for you: What don’t I know?

If you’re harboring worry about things from drugs and drinking to underage sex and thoughts of suicide, Allyn Witchell, a marriage and family therapist at the Imagine Center for Psychological Health in Detroit, says parents can squash these fears by preparing early on.

Trust often withstands the test of time, and Witchell says open and communicative relationships between teens and parents are easier to maintain when they have already worked to establish such an environment in their household.

“A lot of this is already in place if kids know they can be open with their parents and there are times throughout the day that are good for conversations,” she says.

These times include dinner or while riding in the car. Witchell suggests practicing with things like, “How did you do on the test?”

By forming this first layer of comfortable communication, Witchell says kids are more likely to see their parents as people who they can talk to about anything – even if difficult things occur later on.

Additionally, discussing a rules system about how certain situations will be handled can be effective.

“It doesn’t have to be a loaded door to open, it’s just saying, ‘if you’re in this situation, here’s what we’re going to do and I’m trying to be here even before there’s an issue,'” she says.

Taking these steps may ultimately encourage teens to talk to their parents, instead of hiding things from them.

Raising your children to make smart decisions is one thing, but so many ‘what ifs’ arise as they get older and spend time with peers who may encourage risky behavior.

For instance, what if Jimmy from science class deals drugs and Stephanie from gym gets her older sister to buy all of her friends alcohol for those “just-a-birthday parties?” Or, if it seems like all your teens best friends are doing a lot of kissing and telling, what if the hormones start running far too high and far too quickly?

One of the best responses Witchell’s heard to this issue came from a parent whose child was upfront about the risks a troublesome friend was taking.

“Instead of saying, ‘I’m worried about this’ or not to be anywhere near this person who is making bad choices. They said, ‘maybe there’s a way for you to have your great choices rub off on them,” Witchell says. “They had this great faith in their child and enough confidence that they can make their own choices if they are in a setting where there’s peer pressure.”

Witchell says problematic factors and forces exist all around, but its all about having confidence in your child. However, if parents feel like they can’t do that yet, it’s important to bring that up.

“Say, ‘I’m worried you’ll fall into that same behavior,’ have that conversation and work on processing that,” she says.

Witchell says drugs, alcohol and mental health are concerns everywhere and parents should be realistic. However, it’s understandable to struggle with reacting to what feels like worst-case scenarios come to life.

She suggests working with your partner, having conversations with other parents and forming a solid support system to help keep things in perspective, so if situations occur, it’s easier to slow down and contemplate an effective response as opposed to responding with outrage or fear.

“That sort of reactivity can be more of a push that causes problems, then maybe thoughtfulness,” Witchell says. “Plus, that’s what we’re hoping to teach teenagers, that when you’re hearing news that’s upsetting or really chiming in on your fear, slow down, think things through and process.

If teens do make a mistake, it’s good for them to know their parents will be there to pick them up, they will help them make plans to solve problems, and at the end of the day, they will always be there.

“It’s good to have a rule that there is this safety and comfort kids can have with their parent when they come forward, not just that they will get in trouble,” she says.

For parents who are struggling with how to handle conversations with their teenager while they’re on their own or maybe don’t have a good support system, Witchell says therapy can be a great place to process and find a solution that works for everyone involved.