Planning to add your teen to your policy? Expect a hike in your insurance premium. Learn how to save some cash when the next bill comes. 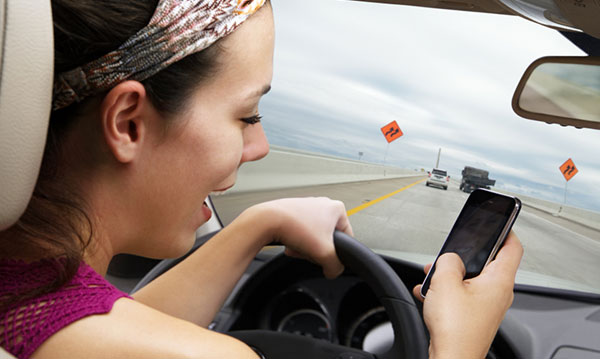 Teen drivers boast crash rates that are three times higher than older, more experienced drivers. And their risky, inexperienced driving tactics increase car insurance premiums nationally, according to a 2015 study by InsuranceQuotes.com. Adding a teen driver to your insurance policy in Michigan can mean a 56.6 percent hike in the rates of your premium.

If that seems steep, compare our lowly increase with that of Arkansas, which is 78.2 percent, Utah at 78.9 percent and Wyoming at 104.4 percent.

The likely culprit of those states having the higher costs? Open, rural roads that make it easier for teens to drive fast and recklessly, a 2013 study from InsuranceQuotes.com notes.

Because boys tend to be more reckless drivers than girls, whether your teen is a male or female can make a big difference in many states, but that won’t play a factor here in Michigan. State law prohibits companies from discriminating by gender. When the law was passed in 1981, men’s auto insurance rates went down and women’s went up.

Experts have taken note of the risky behavior of teenage drivers, and in recent years have passed laws to prevent so many accidents, says Lori Conarton, the communications director for the Insurance Institute of Michigan. There were 45,627 vehicle accidents in southeast Michigan that involved people ages 16-24 in 2014, according to SEMCOG – accounting for almost one-third of fatalities and crashes locally.

In March 2011, new restrictions were passed, preventing teenagers with a Level 2 license from driving with more than one other person under 21 in the car, unless immediate family or going to or from a school-sanctioned event.

Also, teens with Level 2 licenses are not allowed to drive between 10 p.m. and 5 a.m. without a guardian or licensed adult over 21.

Why are rates so high?

There are many factors that play into increases in Michigan auto insurance premiums for teens, says Tom Hollyer, national product development leader with Progressive auto insurance. For starters, they are more accident-prone. In 2011, 35 percent of crashes involved people ages 16-20.

And they’re risk takers. Between 2002 and 2011, the number of alcohol-impaired drivers involved in fatal crashes ages 16 to 20 increased from 18 to 20 percent.

Loretta Worters, vice president of Insurance Information Institute, says teens are also easily distracted. “Eating, talking on their cell phones or text messaging (are culprits of crashes). They often don’t wear their seatbelts and the distraction of a teen passenger just adds to the risks facing young drivers,” Worters says.

To top it off, teens are still inexperienced when it comes to navigating the roads. “Even the best teenage drivers don’t have the judgment that comes with experience. It affects their recognition of, and response to, hazardous situations and results in dangerous practices such as speeding and tailgating,” Worters says.

It can be overwhelming just preparing your kid for the open road without all the added pressures of high premiums and risky driving behaviors. But don’t give up, parents – there is hope of decreasing these rates. Conarton, Worters and Hollyer provided tips for getting the lowest prices possible for your teen:

Taste the multitude of culinary offerings and special deals at some 30 downtown restaurants participating in Ann Arbor Restaurant Week, Feb. 5-10, 2023.
Read more
You