Why Do Teens Take Risks?

A professor of psychiatry weighs in on why teenagers take risks and what causes risky behavior in teens. 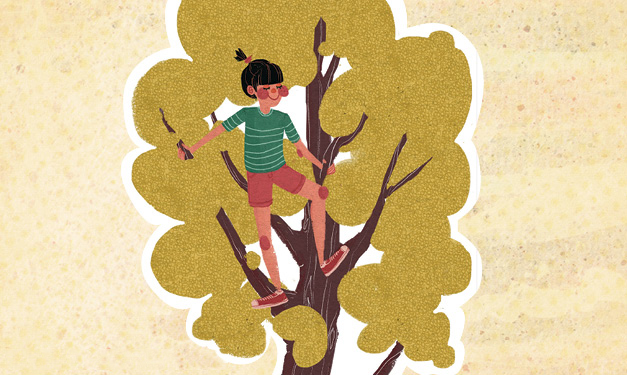 For teenagers, the stakes are high when it comes to risky behavior.

Driving, peer pressure, parties and newfound independence can lead to far more consequences than climbing on a jungle gym.

And yet, teens seem hardwired to push boundaries and take risks.

According to Scott Swartzwelder, professor of psychiatry at Duke University Medical Center, it’s more than hormones that spur teens to seek thrills.

In his book What Are They Thinking?! The Straight Facts about the Risk-Taking, Social-Networking, Still-Developing Teen Brain, Swartzwelder and co-author Aaron M. White explore the neuroscience behind teen behavior.

“It is true that adolescents are more risk prone,” Swartzwelder says. “A lot of people think it’s because they feel invincible and think nothing can hurt them. That’s actually not true. If anything, they feel even more vulnerable to things going wrong and bad things happening than adults do.”

Then what are they thinking?

It’s all in their heads

During adolescent years, the frontal lobes of the brain are undergoing intense development. This is the region of the brain that enables us to self-monitor, self-regulate and suppress behavior that is inappropriate, ill advised or not thought through. When adults are faced with a risk, our frontal lobes kick in and make us ask ourselves, “Do I really want to do that?” Teens, not so much.

“They don’t have that behavioral self-regulation. The circuits in the brain are not in the fully formed adult state,” Swartzwelder says. “That’s one reason that they make decisions that lead to greater risk.”

In general, human behavior is controlled by a balance of reinforcement and punishment. We tend to do what brings us pleasure and avoid what causes pain. During adolescence, the same rules apply, but the balance is skewed.

As adults, we are more averse to punishment and tend to make decisions based on avoiding pain. For teenagers, however, pain is less potent and pleasure has more allure.

“More of their behavior is directed by reinforcement and pleasure seeking, and punishment is less effective,” Swartzwelder says.

Hence, choices that may seem risky by grown-up standards aren’t necessarily to teenagers.

From a social and psychological standpoint, adolescence is a time to break away from the nuclear family and leave the nest, and Swartzwelder argues that evolution has armed teens with the innate drive to go off on their own in order to find far-flung mating partners.

“That in itself is a risky behavior, and it should be. That’s natural,” he says. “Risk-taking is actually adaptive during adolescence.”

The same factors make teens prone to take risks in other areas of their lives, and that’s not always a bad thing, Swartzwelder says.

“The trick is to allow your kids to take a reasonable amount of risk and even facilitate that, but to keep them safe. That’s the balancing act that parents and society in general have to navigate, and it’s not easy,” he says.