Created by two southeast Michigan pediatricians, this program allows moms and their daughters to tackle tough topics in a safe space. 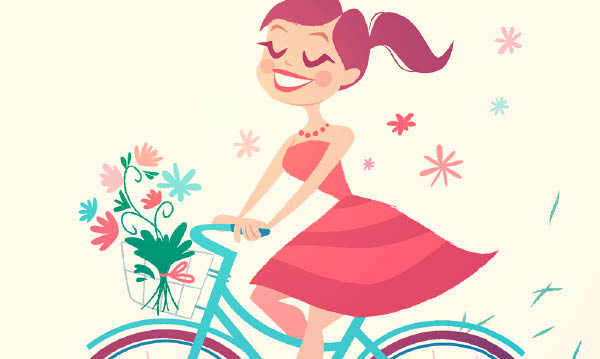 Talking to your daughter about puberty is tricky business. Just ask Robyn Weiss.

“I’m good at hard conversations,” says Weiss, a West Bloomfield mom and Berkley High School counselor. “But when I tried talking to my daughter about puberty, it didn’t go so well.” Because Hayley, 9, is an avid reader, Weiss thought a book might help. It didn’t. “It was probably the most difficult subject for us to discuss,” mom says, “because it’s something that is embarrassing for her.”

It’s all too common. And it inspired Dr. Lisa Klein, with Child Health Associates in Farmington Hills and Troy, to create Turning Teen – a pediatrician-led program that helps moms talk to their daughters about puberty and their changing bodies.

“Patients come in for a checkup and one of the questions we ask if they’ve talked about puberty,” Klein explains. “Often there is an awkward silence or the mom answers, ‘We’re all set.'” Mostly, though, “That discussion hasn’t taken place yet.”

Seeing a need to facilitate the “the talk,” Klein teamed up with Dr. Carrie Leff of Novi Internal Medicine & Pediatrics. After a half year of research, the pair of pediatricians, who’d met during their residency, launched Turning Teen last fall.

The program is only available for girls, Leff notes, because puberty is much more confusing for them and can significantly impact a girl’s self-esteem.

“The younger they are, the better it is for them to start learning about their bodies,” Klein says. “You want to get to them before outside influences impact that learning and make the process become uncomfortable and sexual.”

In a series of three workshops, mother and daughter learn together about puberty, body image, body care, anatomy, sex and reproduction, fetal growth and development and childbirth. While the first, Body Basics, is for ages 8-plus, the other two sessions are for girls who have entered puberty.

Many, like one Weiss attended with Hayley, are hosted at homes of moms who sign up and invite others (Weiss and Klein are friends), with 10 pairs max. Larger community workshops accommodate more.

Body Basics is the most popular pick. In two hours, the docs deliver an interactive presentation on how puberty affects a girl’s body. They also talk to girls about respecting their bodies, how boys and girls are different and, briefly, periods.

At the start, participants, who range 8-12, get an envelope with paper emojis inside. One of the doctors asks the girls how they feel about being at the seminar. Nobody ever picks happy. Scared, angry, nervous and embarrassed always win.

But over time, the girls get more comfortable, asking questions and joining in an interactive song they learn about inappropriate touch.

Girls get to write down puberty-related questions, too. One wondered if it would hurt when she got her period. Another asked, “How does puberty happen?” A frequent question is, “What if your friends are going through puberty and you’re not?” Their answer: “It doesn’t matter, because you’ll all end up at the same place,” Leff says. “Puberty will happen when it’s the right time for you.”

For moms and girls alike, the workshops are a weight off – and very relaxed, notes West Bloomfield mom Rebecca DeRaud, who attended with her 10-year-old.

“The doctors were warm and friendly and they made the kids feel at ease immediately,” she says. “I took Lilyana so she could learn about puberty now. This way she is not caught off guard when her body starts to change.”

She adds, “The program is unique in the sense that mother and daughter can hear the same information at the same time.” That’s helped open up conversation.

Renee Applebaum, another local mom who attended a Birmingham community workshop with her daughter who’s 9, says she’ll be taking the docs’ advice to discuss puberty in the car, so it’s not face-to-face. “It’s easier that way. There’s no eye contact and you don’t have to make a big production out of it.”

That’s just what happened for Weiss, when she and Hayley were driving home from their workshop. Her daughter “just unloaded,” mom says. “For the first time, (she) had the words to be able to ask the questions she wanted to ask from the beginning. She’s already asked me a few times about when we can attend the next workshop.”