Pre-teen novices are notorious for overdoing it with the grooming products. Local pros discuss the three biggest offenders and how to help your tween manage. 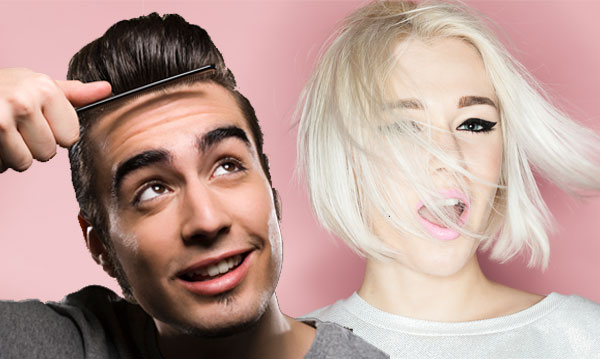 We’ve all been there: walking through a public place when a ghastly pungent aroma hits you in the face – someone is wearing too much Axe body spray. Tweens are the worst when it comes to overloading on grooming products, and it’s no picnic to try to tell them they’re doing it wrong, either.

What can you do if your tween has uses gobs of hair gel, more makeup than a drag queen or stinks worse than … well, we think that you can fill in that blank?

Two southeast Michigan professionals, a barber in Berkley and a makeup magician based in Macomb Township, give their tips on how you can talk to your tween, along with some insight on how to teach them the right way to groom.

A stinky situation for all

Wearing too much cologne or body spray can be assaulting to anyone in the offender’s vicinity, according to Sean Quinn, the shop manager at The Berkley Chop Shop.

Don’t beat around the bush: Tell them that they are wearing too much, and have them follow the “less is more” rule.

“I would just let the deodorant do the job, but if they feel compelled, have them spray the air in front of them and walk through it,” Quinn says.

Remember going through the awkward stage of learning how to use makeup? I still have nightmares about my platinum-blue eye shadow days.

These days, thanks in larger part to social media, kids aren’t making that kind of makeup mistake, but they still aren’t learning proper techniques. Especially when most of the videos and photos they’re learning from are highly altered.

“Social media, Instagram, Snapchat, YouTube and Facebook are heavily influencing the makeup industry and how girls think they are supposed to look,” MaryGrace D’Aleo, the owner of MaryGrace Makeup and The Beauty Gals says. “When you look at social media, though, everything has filters on it. (They) are deceived by photo editing.”

Instead of typical tween mistakes of the past, this 15-year vet is now seeing over-plucked and boxy eyebrows, under-blended contouring, asymmetrical winged-liners, overdone lip liner and thick or off-tone foundation application.

She suggests sitting down with your teen if any of these mistakes are made, and tell them that they are wearing too much, or not enough, makeup. Start with a compliment, but be direct. Then, try to make an experience out of it by taking them shopping for makeup – or hiring an artist and throwing a makeup party. Just beware of makeup counters, because those artists may not always be certified.

“I want people to look at my daughter and say ‘Wow, she’s beautiful,’ not ‘Wow, she’s wearing too much makeup.'” D’Aleo says. “Makeup is really fun, but it should mostly be used to enhance ones beauty.”

We know you’ve seen them: little boys with so much gel in their hair that they may have actually stuck their fingers in a light socket to achieve the look.

According to Quinn, one of the biggest offenders in grooming overkill is hair gel.

This product, apart from giving you a just-electrocuted look, can dry out the hair and scalp, leave a dandruff-looking residue that can be a real pest to get out.

“Some hair products are oil-based and you need a clarifying shampoo just to get it out,” he says. Instead, he suggests cream or water-based hair paste.

If your kid is guilty of this grooming crime, the eight-year haircutting pro suggests being upfront with your child and straight-up tell them that they are using more than they need.

“Oftentimes kids are trying to get their hair to do something that it won’t do instead of embracing what they have going on,” he says. “Just a dab will do you.”