When Your Teen Won't be Caught Dead in Public with You 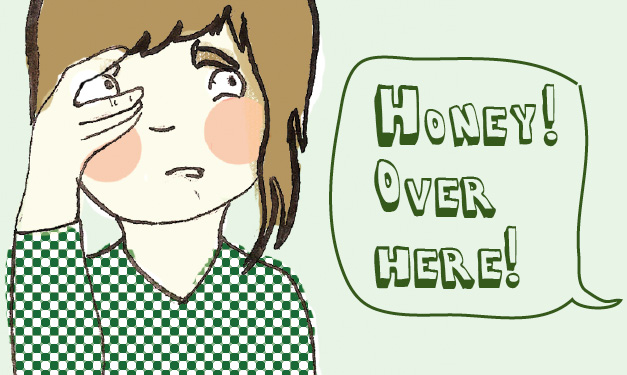 OK, mom and dad: We know we’re not Justin Bieber or Taylor Swift. But most of us think we’re pretty with it. That is, until our teens tell us otherwise – typically several times a week (at least). And forget going out in public together.

Should we take it personally? What is it about teens that makes them pretend they don’t have parents when other teens are around?

Most adolescents are busy figuring out their independence, says Josh Kellman, M.D., a clinical associate with the University of Chicago Medical Center.

“However, this is not done in isolation,” he explains. “Autonomy from parents is developed in the world of peer relations. Teens tend to safeguard their peer world from invasion by their parents.”

In other words, teens strive to become free from their parents in every possible way – and it’s a normal stage of social-emotional growth. They’re acutely aware of how others, especially peers, view them as they desperately try to fit in. Being deemed “grown up” is the ultimate goal.

They naturally want to keep their teen environment separate from family life, where parents most likely still view them as young people with an awful lot to learn.

It can be difficult to realize that your teen doesn’t want you around all the time – particularly in public. So what if your kid pretends she doesn’t see you at the mall – or doesn’t want to hit the movies with you anymore?

“Parents should not feel slighted,” Kellman says. “It is typical and developmentally appropriate for teens to be embarrassed of their parents.” Kellman encourages parents to strike a balance. He suggests being sensitive to this developmental phase and trying not to be too invasive.

“On the other hand,” he cautions, “parents must be themselves, and need not bend over backwards to accommodate their teen’s wish for them to disappear.”

Try to remember what it was like with your own parents when you were a teen. Odds are you felt a little awkward bumping into a group of your peers if you had your parents in tow – even if you weren’t adverse to going places with them.

They’ll get over it

You may have noticed your friend’s or neighbor’s college-age kids come around – proof-positive that this will be a transient phase.

Kellman says, “As autonomy becomes more secure in late adolescence and early adulthood, kids usually settle into a more comfortable tolerance – even sometimes enjoyment of their parents in public situations.”

He gives the example of parent weekend at college. Moms and dads often take kids out to dinner with their friends, and this is “secretly, or even openly, welcomed by the child.”

So hang in there. Your teens will be welcoming you into their public life again soon. In the meantime, find a way to enjoy their activities and interests without being too overbearing.