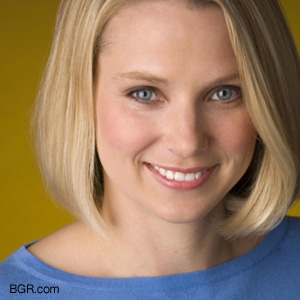 And while some are still applauding her decision to accept, others are shaking their heads, asking, "How could a new-mother-to-be take on such demanding responsibilities in her final trimester?"

Empowered or not, it's clear that Mayer's break through a rather thick glass ceiling has left a large audience huffy about classic issues of gender roles – and, moreover, what this mother's decision has to say about the importance of maternity leave for mothers everywhere.

Aside from being Google's first female engineer and 20th employee, this 37-year-old Stanford graduate also claimed a board seat with public company, Walmart, in April – after working on Google's acquisition of the Zagat review guide back in September, according to the Washington Post.

With Mayer's increasingly convex condition, however, many feel it's time her unstoppable drive took a back seat from high-profile pressures to focus solely on being a mom – not just for her benefit, but for the child's.

To leave or not to leave

When Mayer told Fortune magazine that her maternity leave would probably only last "a few weeks" – which she'd likely "work throughout" – many mothers were shocked. USA Today discussed the social media debate Mayer's actions ignited, saying that many warned Mayer she might be "underestimating the challenges of being a mom."

Mayer, however, is far from alone in her decision to "stay in the rhythm of things," as she put it, by keeping maternity leave to a minimum. In fact, recent studies show that more than 25 percent of mothers are back in the office within two months of giving birth, while 10 percent – more than half a million women every year – return to work in four weeks or less. With hardly enough time to meet the six months of exclusive breast-feeding recommended by the American Academy of Pediatrics, short maternity leaves can have harmful behavioral effects on the mother, as well as create potential developmental issues for the child.

On the other hand, other studies have shown that the Europeans may not have it quite figured out either – and that too much time off can, in fact, begin to backlash its positive effects on moms and their newborns. In which case, Mayer may be doing herself a favor by choosing to power through her work alongside pregnancy. If maternity leave isn't a one-size-fits-all deal, the logic goes, then who's to say anyone should be deciding a mother's limits besides mom herself?

There's no doubt Mayer's decision has made a statement about where women are today in society – and how it compares to where the female population, working in or out of home, used to be. Although, some wonder, how far have women really come if men can't yet be put in the same positions and evaluated on similar terms?

"If a man was taking a job like this and his wife was going to have his first child, that would be a yawn," Rosalind Chait Barnett from the Brandeis University's Women's Studies Research Center told USA Today. "Women and men will wonder if she can pull this off – it's a burden that a man doesn't have to bear."

Planning your family fun for the month? Metro Parent has you covered with the best upcoming events in Macomb, Oakland, Wayne and Washtenaw counties.
Read more
Travel