Learn why it's essential to choose a medical team experienced in advanced diagnostic and treatment options. 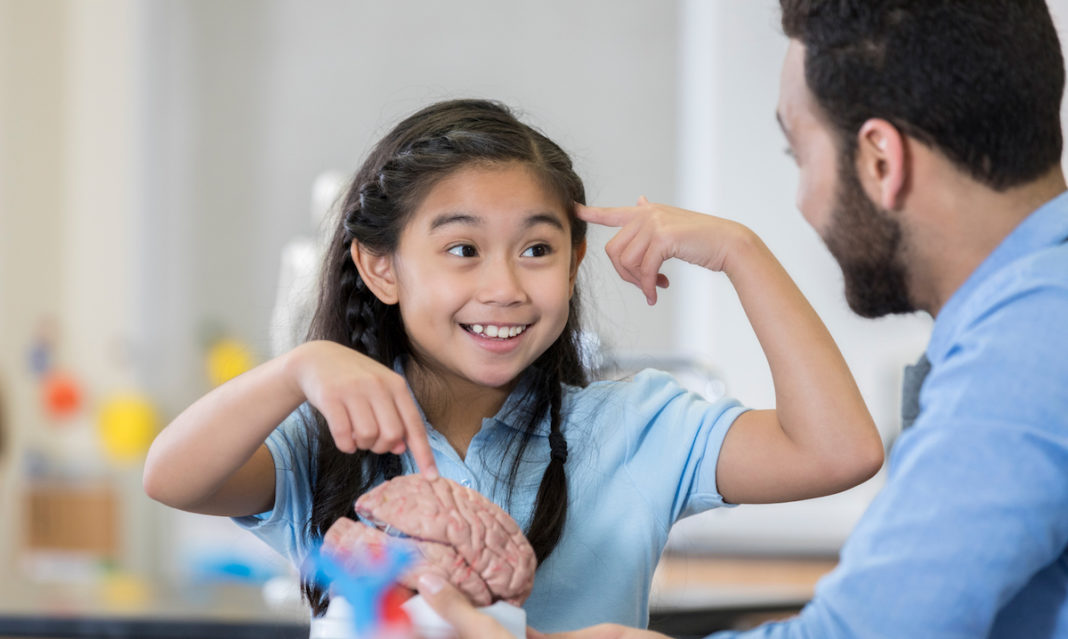 All parents want their children to grow up healthy, happy and worry-free. But for parents of the 470,000 children with epilepsy — a disorder of the brain that causes seizures — a worry-free life is often harder to achieve. “Up to 30 percent of individuals with epilepsy can have medically uncontrolled seizures, which continue to occur despite treatment using appropriate two or more anti-seizure medications,” says Aimee F. Luat, M.D., a board-certified neurologist and epileptologist at Children’s Hospital of Michigan.

The Neurology/Neurosurgery Epilepsy Program at Children’s Hospital of Michigan readily supports families with children affected by epilepsy. The program has been designated a level 4, highest-ranked epilepsy center by the National Association of Epilepsy Centers. “Our center routinely manages and treats patients with medically uncontrolled seizures referred from across the nation,” says Luat. The multidisciplinary team, which includes internationally recognized epileptologists, neurosurgeons, neuroradiologists, neuropsychologists, dietitians and specialist nurses, meets to optimize the treatment for children with a complex history of epilepsy.

Parents want to make sure they consult with the best team for the best outcome. It’s an important decision, so we share five top things to know about the Neurology/Neurosurgery Epilepsy Program at Children’s Hospital of Michigan:

1. By utilizing the most advanced procedures available, the program’s multidisciplinary team of specialists accurately diagnoses epilepsy and seizure disorders.

“Repeated episodes of staring, loss of responses or body twitching does not necessarily mean that your child has epilepsy,” says Luat. “We provide a comprehensive evaluation to determine if epilepsy is indeed a correct diagnosis. When the diagnosis of epilepsy is confirmed, we find out what brain regions are responsible for seizures. Accurate diagnosis allows us to provide the optimal treatment for your child.” Simultaneous monitoring of brain waves and behaviors with video-EEG monitoring determines whether spells are associated with seizure activity and specialized brain MRI and positron emission tomography (PET) scans visualize what portions of the brain regions behave abnormally, Luat explains. Children’s Hospital of Michigan is the first institute with a pediatric-designated PET center and cyclotron housed within the hospital. “The PET scan is one of our major tools to localize seizure focus accurately,” Luat says.

2. When surgery is indicated to remove seizure focus for patients with medically uncontrolled seizures, parents can depend on the team’s high level of expertise.

Epilepsy surgery is an excellent option for carefully selected children to treat medically uncontrolled seizures, to protect the healthy brain regions from epileptic bombardment and to facilitate cognitive development, Luat explains. “The general principle of our epilepsy surgery is to remove, disconnect or electrically zap the seizure focus while preserving the functionally important brain regions,” she says. The surgical team at Children’s Hospital of Michigan’s Neurology/Neurosurgery Epilepsy Program has performed more than 600 epilepsy surgery procedures in the past two decades. Eishi Asano, M.D., medical director of the department of neurodiagnostics, performs state-of-art functional brain mapping to localize the areas that support essential functions such as motor, language and memory, Luat says. “Dr. Asano is a world-class epilepsy researcher who created the whole-brain level dynamic atlas for speech and language referred to as four-dimensional functional atlas,” she explains. Pediatric epilepsy neurosurgeon Sandeep Sood, M.D. has established minimally-invasive procedures, including endoscopic hemispherotomy and callosotomy. “Dr. Sood has exceptional skills and experience,” Luat says. Children’s Hospital of Michigan is one of the very few pediatric epilepsy centers which can provide a broad range of surgical treatments, including stereo-EEG recording, which allows precise brain mapping without a craniotomy, as well as laser ablation therapy.

“In 2019, Dr. Sood successfully disconnected the seizure focus in the perhaps smallest patient in the world,” says Luat. Parents of a baby girl born at 35 weeks who experienced seizures soon after birth and was on more than three anti-seizure medications sought a second opinion at the Neurology/Neurosurgery Epilepsy Program at Children’s Hospital of Michigan. “The baby had hemimegalencephaly, which means one side of the brain didn’t develop normally, and was abnormally big and continuously generating seizures,” explains Luat. “Dr. Sood performed a minimally invasive procedure called endoscopic hemispherotomy and we were able to stop her seizures. Now she can speak and sit without support. She’s very interactive and she is only on one anti-seizure medication.”

“If a child is already seeing a neurologist, but the seizures are not controlled for nine to 12 months, parents can ask for a referral to an epilepsy center like ours,” says Luat. “If they are already in an epilepsy center, but seizures are still happening, parents should seek a second opinion.” The specialist team at Children’s Hospital of Michigan is also skilled at providing effective nonsurgical treatments such as ketogenic diets, which is a diet high in fat but low in carbohydrates, or vagus nerve stimulation (VNS), which is a pacemaker-type treatment that stimulates the brain indirectly to regulate seizure chemicals. “We’re also capable of doing responsive neurostimulation for seizures (RNS), which is FDA approved for individuals 18 years old and above,” Luat says.

“It’s an honor for every hospital to be recognized by U.S. News & World Report because the selection process depends on outcome data, rate of complication following surgery, survival rate and also the hospital structure related to patient care,” Luat says. “It means we have a reputation of adherence to best practices within the specialty. With epilepsy surgery, an epilepsy center is ranked as level 4 in accordance with its capability of evaluating complex epilepsies and medically uncontrolled seizures, as well as the success rate in performing epilepsy surgery. Parents want to bring their child to a children’s hospital that is ranked by U.S. News & World Report, and to a program that is designated level 4.”

Read more success stories and learn about the Neurology/Neurosurgery Epilepsy Program at Children’s Hospital of Michigan at childrensdmc.org.