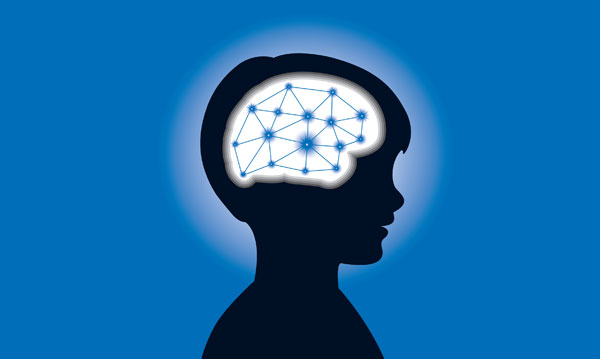 For parents, learning their child has epilepsy can be a scary moment.

“Most parents are absolutely very anxious (and) very concerned about what this diagnosis means,” says Dr. Rajkumar Agarwal, a neurologist at Children’s Hospital of Michigan in Detroit, who says this disorder is fairly common among young children.

Epilepsy causes kids to have unexpected seizures, which is due to chemical imbalances and abnormal electrical discharges in the brain, explains Dr. Aimee Luat, also a neurologist at CHM. Epilepsy can be associated with behavioral issues such as ADHD, anxiety or depression, she adds.

For parents coping with their child’s recent diagnosis – or moms and dads curious about the disorder – read up on these eight facts, which you may find surprising.

1. Sometimes the cause of epilepsy is unknown.

There are some identifiable causes of epilepsy, like structural brain damage due to injury, brain malformations, metabolic/genetic causes and autoimmune conditions. However, the cause of epilepsy is unknown in a large percentage of cases, explains Dr. Luat.

While there are some conditions that cause grand mal seizures, which is the more violent type of seizures many picture when they hear the term, that’s not always how they manifest.

“It’s not always as obvious as you think it would be,” says Dr. Agarwal.

While young children may sometimes experience some noticeable jerking or stiffening, there aren’t always blatant physical signs of seizure. Sometimes, it simply seems a child is in a daze and is just not responsive – or is making chewing movements with his mouth.

3. Seizures appear differently depending on a number of factors.

Seizures appear very differently in infants and young children than they do in older children, teens and adults, Dr. Luat says. “Sometimes it is difficult to identify,” she says. “The seizure behavior differs depending upon the patient’s age, the type of seizure and where (in the brain) the seizure is coming from.” When infants experience a seizure, they may just have sudden and brief apnea, Dr. Luat adds, or bicycling-kicking movements of their legs. Older kids may make fumbling movements with their hands or may have an “aura” before a seizure (WebMD explains this can be symptoms like physical sensation such as rising epigastric discomfort, numbness – or can be visual aura, like seeing strange spots of light).

“If the child is having recurrent seizures, there’s always this fear that it’s going to lead to long-term problems,” Dr. Agarwal says. “We know that most seizures last less than a couple minutes and during that time, from what we understand, it doesn’t really lead to any long-term neurological impairment. However, when seizures are very frequent or they are long (more than a few minutes), the child could experience some cognitive slowing over a period of time. Hence, it is pertinent to step-up the treatment and explore all options in that situation.”

5. No, your child won’t swallow his tongue during a seizure.

“Some families or some individuals still are not aware of how to react in the presence of seizures,” Dr. Luat says. In fact, many still believe the misconception that a child having a seizure can swallow his tongue, that a person should be restrained during a seizure – or that something should be placed between the teeth during an episode. None of those things are true, she says.

6. Some epilepsy can be controlled with medication…

“About 70 percent of children who have epilepsy will respond to medication,” Dr. Agarwal says. “If one medicine does not seem to work or the child experiences side effects to it, we may have to switch to a different medicine.” Sometimes one medication may work, or a child may end up taking a couple to control their seizures.

7. … Others may not respond. But, there are other treatment options.

That means about 30 percent of kids won’t respond to medication. But the doctors note there are other methods that may work to control epilepsy, including a special diet called the ketogenic diet, which is a diet high in fat and low in carbs. If a patient does not respond to various types of treatments, doctors may recommend brain surgery to control seizures.

8. People with epilepsy can lead a normal life.

“It is not true that persons with epilepsy cannot lead a normal life,” Dr. Luat emphasizes. “They can have a challenging life, but they can still participate in certain activities.” While some high-intensity activities like rodeo, parachuting, horseracing, ski jumping, surfing and diving, for instance, aren’t recommended for kids with epilepsy, there are plenty of other lower-intensity sports in which kids can participate like basketball, soccer, baseball and football. Appropriate safety gear for the sport activity, like a helmet, should be worn. “It depends, again, on the types of seizures that they have,” Dr. Luat says.

Teens with epilepsy or their parents may have questions about driving. Dr. Agarwal adds the rules are different in each state. “The Michigan law states that after a seizure you are not allowed to drive for 6 months.”

As long as the seizures are controlled, there aren’t too many restrictions for kids with epilepsy. Unnecessary restrictions should be avoided and they should be encouraged to lead as normal a life as they can. “I would like to emphasize most children with epilepsy do well,” Dr. Agarwal says. “They are able to come off seizure medications, they are able to grow out of their epilepsy and lead a normal, healthy life.”