A School Beyond All Others

'It's an education for life as much as an education for knowledge,' says one The Roeper School alumna about what she got out of her education. Want that for your child? Find out more from those who know the school the best – former students. 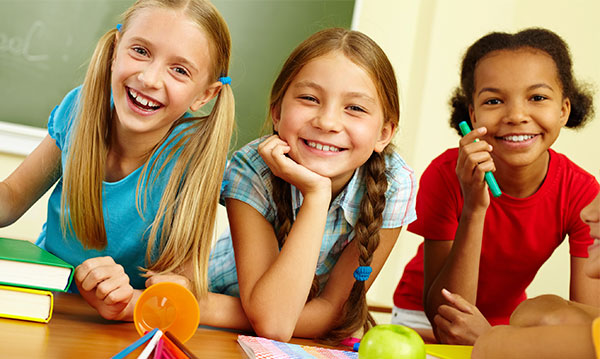 Most of us have a time in our lives that we feel a lasting connection to, a place where we truly became who we are. For alumni of The Roeper School – whether they were there for a year or from preschool through high school – that connection to their Roeper community stays strong no matter where they go in the world.

“You have a community wherever you can find other Roeper students,” says alumna Alexandra Dickinson. She started at Roeper in pre-kindergarten and graduated from the high school in 2004. She now lives in Washington, D.C. and spends time with fellow alumni daily, because she hired a good friend from school, who is also married to another Roeper grad, as creative director for the public relations firm where she works. “It’s natural for me to want to maintain connections with the community because it feels like an extension of how I grew up,” she says.

Director of Alumni Relations Adam Smock graduated from the school in 1987 and turned his love for the school into a career connecting his fellow graduates with it. He chose to take a job at Roeper, because he feels such a powerful bond with the school due to his experiences there. “I am here because of my passion – Roeper saved my life,” he says. “I am indebted to it.” He works to connect new graduates with Roeper alumni who attend the same college they’re heading to, or who live in the same city, to help them through that transition.

And because of the school’s humanistic and global view of education, he says, Roeper alumni have a common bond no matter what their age or career path. In fact, it’s not uncommon for people who are 5 or more years apart in age to have known each other at school, since learners are occasionally grouped by ability and interests versus only by age. “When there is a gathering in a given city, I don’t even worry about this person knowing that person if they graduated 10 years later, or if they will get along, or like each other,” Smock says. Feeling that sense of belonging creates bonds between alumni no matter how long they’ve been out of school.

To help foster those connections, Smock is working on an alumni business and service network, so graduates can connect with each other. There’s also an active Facebook and Twitter account, and an alumni newsletter that profiles graduates doing interesting things – even if they don’t follow a traditionally “successful” career path.

“Our alumni have been successful both in and out of the public eye and we try to celebrate their achievements equally and encourage current students to succeed based upon their own definition of the word. The most important thing is that they learn that they can go out and do amazing things,” he says. “It’s such an important part of our culture to be an active member of the global community.” To that end alumni also connect with current students in a variety of ways. Dickinson is one of many alumni based in Washington who meets with students on the annual ninth grade trip to the capital. She takes them on tours of the monuments; other alumni have taken them behind the scenes at the Supreme Court or through the museums.

For Dickinson, her experience at Roeper was so significant an influence on her life that she couldn’t imagine leaving those ties behind. “My experience as a student was phenomenal,” she says. “It was like having a family that challenged me and excited me, and it never really felt like I was learning because it just felt like life.” She says she attributes her success to the fearlessness she learned at Roeper – that it was OK to speak to people with power, and even ask them tough questions. “It’s an education for life,” she says.

It’s that lifelong influence, and the lifelong connections made, that Smock says he would like prospective students to know about. Students hold dear their relationships with their teachers, fellow students and staff and the same caring comes back to them long past graduation.

“Students who attend Roeper will have strong relationships for a lifetime. They’ll find a unique and special support system wherever they go.” Smock says.