All About Ear Tubes: What They Are, Who Needs Them and More 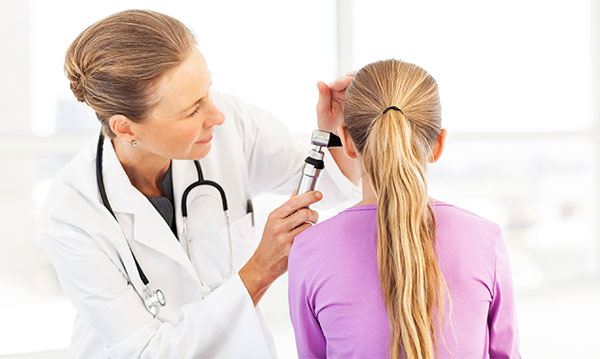 Children who are up crying in the night with frequent ear infections may find reprieve through ear tubes, tiny devices that can be implanted into the ear.

If your child has had six or more ear infections in a one-year period – or they complain of impaired hearing and their pediatrician finds fluid sitting in their ear – it may be time to consider ear tubes.

Parents who are curious how ear tubes work or may benefit their child should read through this advice from Dr. Bianca Siegel, who works at Children’s Hospital of Michigan and is an assistant professor of otolaryngology at Wayne State University in Detroit.

What are ear tubes?

Ear tubes look about like you’d expect. “They’re about 2 millimeters in diameter, (and) they’re very, very small,” says Siegel. “They are tiny, tiny little plastic tubes.” These plastic tubes would be inserted into a child’s eardrum if they suffer from chronic ear infections. Ear tubes may also be placed if there is fluid sitting in a child’s middle ear that will not drain, she explains. “In that case the reason for the tubes is really to improve hearing,” Siegel says. The entire purpose of ear tubes is to help aerate the middle ear, which prevents fluid build-up and infection.

The Eustachian tube connects the middle ear to the back of the nose, and when functioning properly helps aerate the middle ear. But, the Eustachian tube often doesn’t function as well in children as it does in adults, which is why they are prone to ear infections. Other causes of Eustachian tube dysfunction include cleft palate, Down syndrome and other craniofacial anomalies, the American Academy of Otolaryngology – Head and Neck Surgery explains.

Without ear tubes, the fluid sitting in the ear can cause hearing loss, often leading to speech delay. “Even a mild hearing loss can really effect speech development in that age group,” she says of young children. And with recurrent ear infections, there’s risk of children developing a resistance to antibiotics or experiencing complications and severe infections extending to the ear’s surrounding structures.

While ear tube implantation can be done at various ages for differing reasons, Siegel says they’re most commonly placed in the ears of younger children. The average age for this procedure, notes the AAO-HNS, is 3 years old.

How are ear tubes implanted?

If your child’s pediatrician has suggested you take your little one to an ear, nose and throat specialist to discuss ear tubes, not to worry! It’s a common surgery for children, Siegel says. According to the AAO-HNS, “each year, more than half a million ear tube surgeries are performed on children.”

Kids are put under general anesthesia for the outpatient procedure, during which doctors will insert the tiny tube into the eardrum. “It’s a fairly quick procedure,” Siegel says. “It takes usually about 10 to 15 minutes and the recovery is pretty fast as well.”

She adds that children should be back to their normal self within just a day.

Then, doctors will check in every six months or so to monitor the tubes. Ear tubes are temporary devices, and usually fall out one to two years after they’re placed, Siegel says.

“Generally what happens is the eardrum starts to heal around the tube and pushes it out,” she adds. If they do not fall out on their own, they will be surgically removed after about 3 to 3½ years, Siegel notes.

Some children may require multiple sets of ear tubes throughout childhood if issues persist.

To get more information on the Children’s Hospital of Michigan’s Department of Otolaryngology and its pediatric ear, nose and throat specialists, visit childrensdmc.org or call 313-745-KIDS.