Ask the Doc: A Men’s Health Q&A All Dads Need to Read

Do I really need to see a doctor every year? Is this symptom normal? An expert from the DMC Medical Group answers men’s common questions. 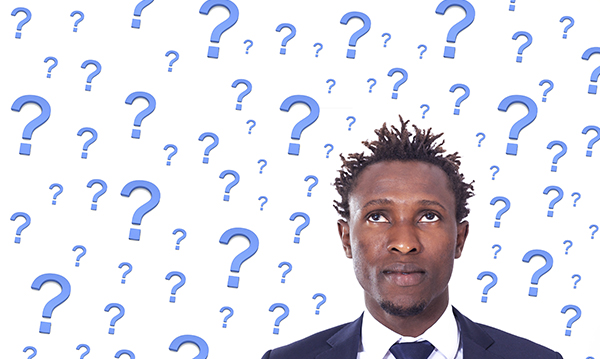 Notice the ever-growing mustaches around town? Consider it a sign of the times.

The month of November – dubbed “Movember” – sees men all around the world growing out their facial hair to help raise funds and awareness for men’s health issues like prostate and testicular cancer. That’s particularly important for men today, since they often avoid the doctor’s office and end up missing out on important health screenings.

“Men are particularly bad at that,” says Dr. Barrett Anderson, D.O. a urologist with the DMC Medical Group. ”Because of that, a lot of men walk around with conditions they don’t know that they had.”

What’s “normal” or not can become a looming question that never gets answered or only gets addressed when something goes wrong.

“They’re dealing with symptoms they think are normal or a normal part of aging. They don’t recognize it could be something that’s potentially detrimental to their health,” he says.

Here’s a look at a few of the most common questions men have about their health.

1. How often do I really need to be seen?

At least once per year, Dr. Anderson says.

“The primary care provider is going to be looking at their vital signs, blood pressure, they might be looking secondarily at kidney function, laboratory data,” and more, he says.

Talk with your doctor about which other screenings you may need and how often. And between visits, don’t hesitate to make an additional appointment if you have questions or concerns to discuss. There’s no “wrong” reason, Dr. Anderson says.

“A lot of men are shy about asking questions,” he says. “If they don’t ask the questions, then we don’t know what’s on their mind.”

2. Do I need a prostate cancer screening?

That depends on your age, family history and other factors.

“That’s something that’s generally recommended in healthy men over the age of 50,” and earlier for men with certain risk factors, Dr. Anderson says. “It is a discussion that needs to be had with the urologist or a primary care physician.”

“There really aren’t any red flag symptoms you should look out for,” he says, so awareness is key. “The only way you’re going to know there’s a problem is to see your physician.”

3. Are these urinary symptoms normal?

Men often ask their urologist about voiding pattern changes such as frequent nighttime urination or a weak urine stream.

“As men get older, sometimes their voiding patterns change,” he points out. “They’re not exactly sure what the cause of that is or if it’s normal or if it’s abnormal. They always hear a lot about prostate cancer as well.”

While men often worry about prostate cancer, remember that having signs of an enlarging prostate doesn’t mean cancer.

“I think there’s a common misconception out there that that’s an indication that you have signs of prostate cancer, when in fact that’s not generally the case,” Dr. Anderson says.

“Most of the time it just means they have an enlarging prostate, which is a normal part of aging.”

But still, symptoms should always be addressed with a doctor.

“It’s something that shouldn’t be ignored,” he says. “There are treatments available that allow men to urinate better.”

4. What about erectile dysfunction?

Despite the uncomfortable subject, it’s an issue on many men’s minds.

“It’s a very hot topic nowadays,” Dr. Anderson says. “I think people don’t realize how common it is, and some men won’t necessarily seek help when they’re developing a problem. Early on, they think it’s just them experiencing it and no one else.”
But addressing it is important – and not just for sexual health.

“Erectile dysfunction itself can be actually a symptom of something underlying in the cardiovascular system,” he says. “It can be sort of a red herring of something more mysterious going on.”

5. Is my low testosterone a problem?

Low testosterone can have a major impact on a man’s life, impacting his mood, labido and more. Men should know that treatment is available.

“Our bodies produce less testosterone as we get older and impact people symptomatically,” Dr. Anderson explains. “If we determine that somebody does have low testosterone, there are ways we can replace it and potentially significantly impact their quality of life.”

Talk to your doctor about any new symptoms, Dr. Anderson recommends.

“It could be anything – unusual chest pains, or unexplained weight loss, fatigue and depression, a myriad of things and they just think, ‘Oh, it’s a normal sign of aging. I’m just getting older,’” he says. “If things are different from what you’re used to, just because you’re getting older doesn’t mean that you should have to deal with certain things. It could be an indication of something serious or something not serious and treatable. Doctors are there to help you.”

To set up an appointment with a DMC Medical Group physician, visit dmcmedicalgroup.com.