A look at the trend toward virtual counseling sessions and other web-based mental health interventions. 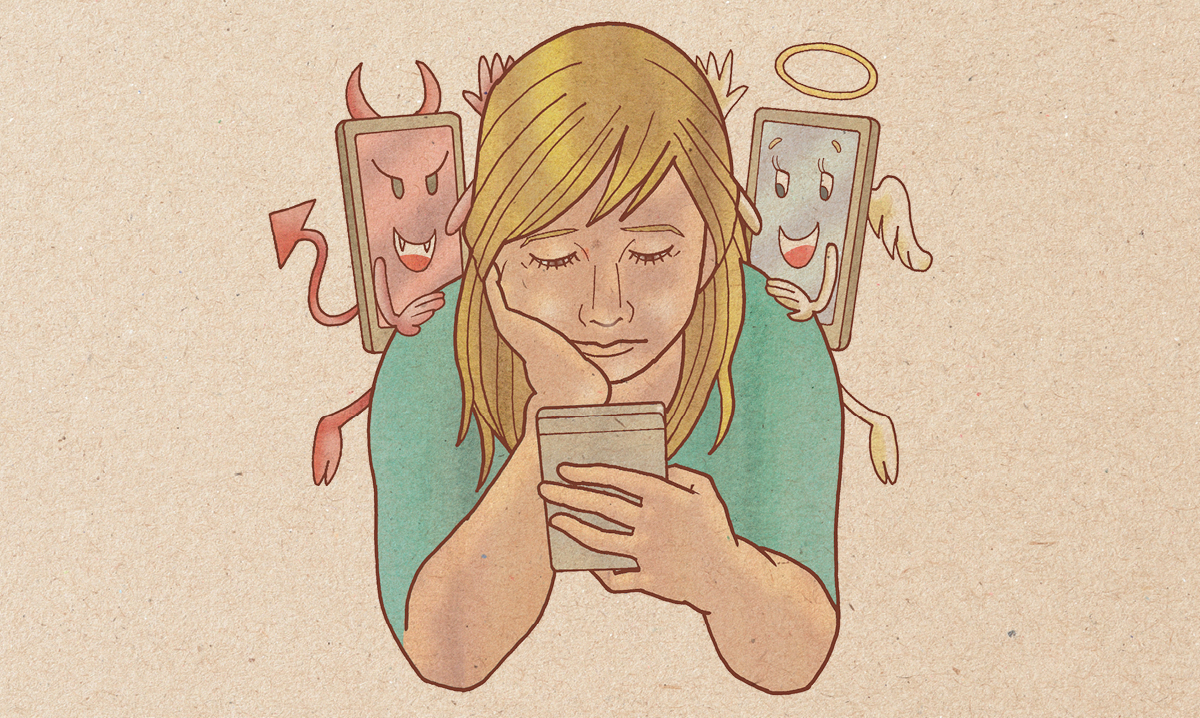 There’s an app for everything – but should you use one?

Without the time, money or willingness to see a therapist face-to-face, many people with mental health concerns are filling the gap online. A wide range of mobile apps now promise to boost your mental health, help you practice mindfulness or even set you up with a licensed professional for a therapy session via text.

Experts say it’s an intriguing trend that could further normalize the conversation around mental wellness – but that also has the potential to do more harm than good. A search for “mental health” on Apple’s App Store brings up a long list of options, from online therapy app Talkspace to an app called Moodpath that helps users assess their mental health, track their moods and try to improve how they feel using exercises based on cognitive behavioral therapy.

“I’m skeptical because I don’t think there’s any substitute for face-to-face interaction when at all possible,” says Kevin Fischer, executive director of the National Alliance on Mental Illness – Michigan chapter, who has noticed an increase in mental health apps over the last year or so. “There are pros and cons to them.”

As the number of apps increases, researchers are beginning to study the issue and its implications for mental health treatment. One 2018 study concluded that mobile apps have “significant potential to deliver high-efficacy mental health interventions,” especially given the shortage of psychiatrists and the lack of treatment options in some rural areas. But the apps “must be evidence-based and carefully designed,” the authors said, noting issues like privacy concerns and inconsistency in patient engagement.

An article by the National Alliance on Mental Illness points out that 64 percent of mental health apps make claims about the evidence that inspired their app, but only 1.4 percent applied that evidence to their app and shared the results in a scientifically reviewed paper.

“I expected it to be pretty low, but it is shockingly low – which increased my skepticism,” Fischer says. “There’s an area of opportunity that’s really interesting to me because here in Michigan, up north and in rural areas where there’s such a shortage of behavioral health professionals, there’s a side of me that says anything that we can do to make any type of treatment available to them would be beneficial.

“However,” he continues, “it needs to be vetted. It can’t be just an ad to sell you something where there’s no science behind it, no psychiatrist behind it.”

So are the apps worth pursuing for someone seeking a more convenient way to address symptoms of anxiety, depression or other issues? It depends on the app and what it claims to offer, he says. Just like ads for mental health medications, “I always caution people that there is no one-size-fits-all treatment or cure for mental health,” Fischer explains. “And so I look at these apps the same way.”

Ideally, mental health apps could eventually be used as tools to gather information for mental health providers to provide a more thorough and personalized treatment approach, NAMI suggests in its article.

In the meantime, it’s all about being informed, Fischer says. Research the app you’re interested in, find out if its claims are backed by science and talk to your mental health care provider about it. If you’re set on a mental health app, look for one that connects you to a licensed therapist or local resources in your area.

“If they’re connecting you to real live licensed resources, those I would be supportive of,” Fischer notes, as opposed to those that make you believe you can “click your way to good mental health.”

On the upside, it’s good to see app developers and the general public placing more emphasis on mental health – but the appropriate follow-through is key.

“I think we’re talking about mental health care more than I recall ever in my lifetime, but I don’t think there’s enough action behind it. And I think the stigma is just as strong today as it has ever been,” he says.

And that’s something everyone can work to end. “Stigma is the leading barrier to treatment and better outcomes. If we can change the stigma, people will seek the help that they need.”