Is Your Child Gifted? 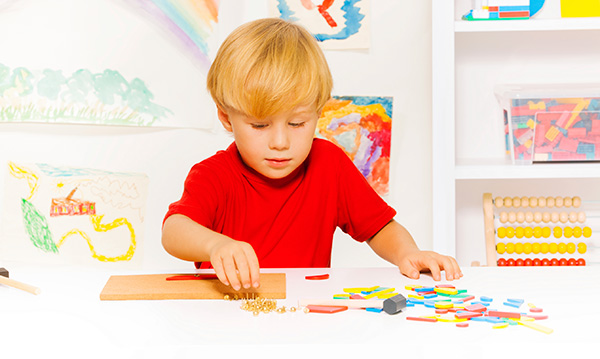 The typical image of gifted children is impressive prodigies making straight A grades and achieving far beyond grade level. But that’s not true in most cases, says Lori Zinser, director of admissions and marketing for The Roeper School in Birmingham and Bloomfield Hills. Roeper serves gifted children from preschool to grade 12, and is the only school in metro Detroit that focuses on gifted children exclusively.

Parents and teachers typically notice certain personality and behavior traits in their children well before the word “gifted” comes into play. Here are 10 common – and surprising – traits many gifted children share.

1. Display asynchronous development. A gifted child can be way ahead of his peers in one area – say, using sophisticated vocabulary and language or tackling math problems well above grade level – but on par or a little behind their peers in other ways. Because of that, Roeper focuses on finding same-age peer groups for children who are intellectually advanced, instead of having them skip grades and end up with other children who are intellectual matches but far different socially.

2. Tend to be disorganized. If you find yourself saying to your child in exasperation “How can you be this smart and still manage to lose your coat?” it may be your child’s giftedness showing itself. “Often, they have so much in their heads, or have such lofty ideas of things they want to learn about, that they are not always very organized,” Zinser says. This trait often begins showing itself in fourth or fifth grade, when parents begin shifting more responsibility to the child in managing their belongings.

3. Prone to multitasking. Gifted children typically have more than one thing going on in their heads at once. Zinser says she often asks children who are interested in coming to Roeper, “What are you reading right now?” Most of the time, the children will answer that they have two or three books they’re reading at the same time, perhaps one fiction and another nonfiction, or one required reading for school and two more that aren’t.

4. Question conventional expectations and authority. Gifted children often challenge conventional wisdom – “because I said so” never works with them. This often means they get into trouble with teachers, because that questioning can look like defiant behavior. They won’t ever be that kid who tries to curry favor with the popular crowd. “They never want to just conform,” Zinser says. “They recognize authenticity and also recognize when someone is very superficial.”

5. Known as deep thinkers. Gifted children ponder questions about life and death in ways that are typical for much older children or even adults.

6. Often uncomfortable with praise. Gifted kids are generally motivated internally, rather than by praise from others. They are more likely to redirect praise to their peers than seek it for themselves.

7. Have a strong moral sense. Gifted children tend to go beyond the typical childhood sense of “it’s not fair!” and really consider injustices, even when they might personally benefit from them. “They want people to be treated fairly and respectfully – that’s really huge for these kids,” Zinser says.

8. Display divergent and analogous thinking. A surprising characteristic about gifted children is their ability to draw connections between two unrelated pieces of information, and further to establish analogies to make sense of them. One teacher related her student observing, “The woods is a universe, the tree is a world and the leaf is a map.”

9. Show signs of self-doubt. These children tend to doubt the validity of their perspective, although they have a great deal of information about a topic. Creating comfortable places for them to learn is critical. “They need to feel safe in their environment to exhibit their intellect,” Zinser says.

10. Can have behavior problems. All the previous points can add up to one thing: Children who can get flagged as troublemakers. Boredom, their questioning nature and their lack of tolerance for pretense often mean their relationships with teachers can be challenging. Zinser says when she visits schools she will tell principals that it might not be their star students she’s looking for – often it might be the one sitting in the principal’s office to be disciplined.