Kids with autism can struggle communicating their needs and sometimes use tantrums or self-harm to do so. An expert from Spark Center for Autism offers advice on how to stop these behaviors. 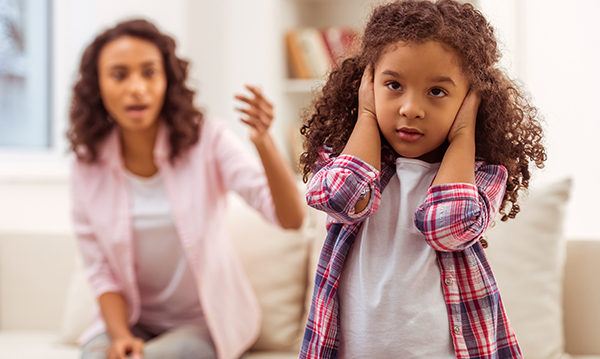 What would you do if you found out that your child was self-harming? The thought of it would be alarming to any parent, but for parents whose kids have autism, it can be a little trickier to navigate.

That’s because kids with autism learn differently than neurotypical children and sometimes they can struggle with communicating their wants and needs to the adults around them, Reena Naami, the owner and director of Spark Center for Autism, explains.

And when they want or need something that they can’t convey, they will sometimes turn to negative behaviors to get it.

“When a child is lacking communication or language (skills), whether they are non-vocal or not, we see problem behaviors because that’s how they have learned to access what they want or need,” Naami says. “(And) like the disorder itself, the range of behavior can be on a spectrum. Self-injury, property destruction, non-compliance (and) tantrums can be common.”

Most often, Naami sees kids that use tantrums as a form of communication, and explains that these behaviors can be inadvertently reinforced if we give in or by not teaching the child a better way to communicate.

“We talk about reinforcement with our parents a lot,” she says. “Telling (kids with autism) ‘no’ isn’t going to be enough. It’s not going to be an effective way to get them to communicate their needs in a more acceptable way.”

Instead, she suggests using positive reinforcement and praise when they are acting in a more positive way and modeling appropriate behaviors when they aren’t.

“We all kind of get into the habit of telling kids what not to do but by doing that we aren’t really giving them the tools on what to do instead,” she says. “It is usually more effective to tell them what to do, instead of what not to do. For example, let’s say your child is throwing toys or items inappropriately. Rather than saying “don’t throw,” it would be better to say, “you can play with it like this” and model the appropriate action. If you don’t teach them an alternative, you will often find that children will just replace the negative behavior with another negative behavior instead.

“Start with pretty simple things that are easy to do and teach them those alternatives. If it’s really difficult to do then chances are it’s not going to happen,” she adds.

That said, if the child is engaging in more dangerous self-harming behavior, Naami says that the parent should get the child in to see a professional, like those at Spark Center, who will do a formal analysis on the child to see what’s going on.

“It does depend on the child, but self-injury can be a form of communication,” she says. “Maybe they are trying to escape an adverse situation and are engaging in self-injury to get away from that. Sometimes there’s something going on that is painful and they’re using it to mask the other pain. A lot of times we really need to delve into what is happening, so I always recommend seeking help when those behaviors do occur.”

For more information on the Spark Center for Autism and how to curb negative behaviors in kids on the spectrum, visit sparkcenterforautism.com.