From the April 2020 Metro Parent magazine 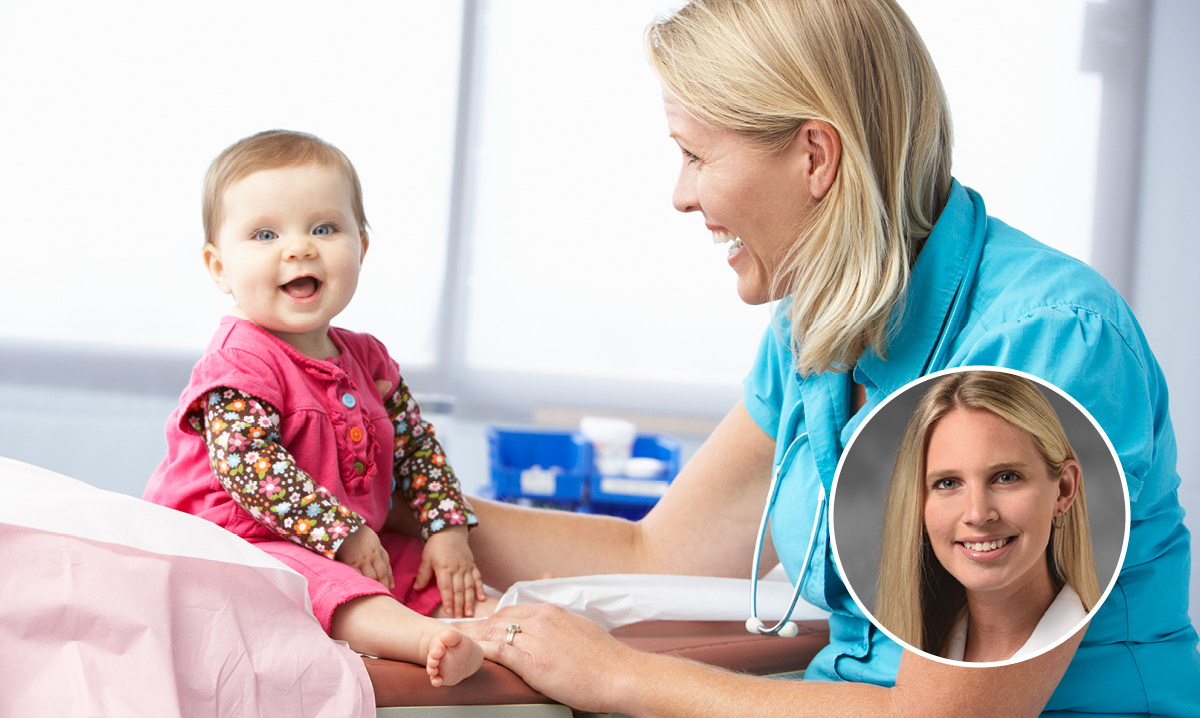 Is my child developing normally?” It’s a question that plagues parents from the moment a baby is born. To consider whether a child is developing normally, pediatricians look at milestones, or important activities that children should be able to do by a particular age.

“We have a general blueprint of how most kids develop and grow,” says pediatric primary care physician Mollie Blanchard-Brown, M.D., who practices at Henry Ford Medical Center – Bloomfield Township. “It’s not hard and fast, more of a guideline, but we want to catch delays early.”

Blanchard-Brown explains that doctors look at gross motor skills, which refer to abilities that involve the large muscles of the arms, legs and torso. A few of these milestones include rolling over, sitting up, and walking. Doctors also look at fine motor skills, which are movements using small muscles in the fingers, hands and forearms. Examples of these fine motor skills are grasping and holding small objects. Speech is another milestone that doctors will evaluate for any developmental delay.

“It’s important to come to all well-child visits,” Blanchard-Brown says. In addition to the reassurance that your child is growing and developing well, you can have your questions answered. “Parents tend to compare one child to another,” she says. At the well-child visits, normal variances or true delays can be determined. “Delays detected early mean a chance for early intervention and getting the child on track,” she says.

As far as gross motor skills, a typically developing 1-year-old child can sit alone and unsupported, pull to stand, and stand holding onto furniture, Blanchard-Brown says.

Fine motor skills for a 1-year-old child include the ability to pick things up with thumb and forefinger (pincer grasp) and put objects into the mouth. Also, eye contact, and smiling are important milestones for social development.

If a developmental lag is noticed, there are things parents can do to help their child catch up.

“There are many opportunities for children to learn and strengthen their growing bodies,” explains Blanchard-Brown. “For example, reading more books, talking to your child and labeling environment can be helpful if there are delays in speech. Or putting the child down and playing with them on the floor if there’s a delay in walking.”

There are many resources for children who may have a developmental delay, she says, and the earlier you seek help, the better.