About Dr. Jeffrey Gillum of the DMC Medical Group 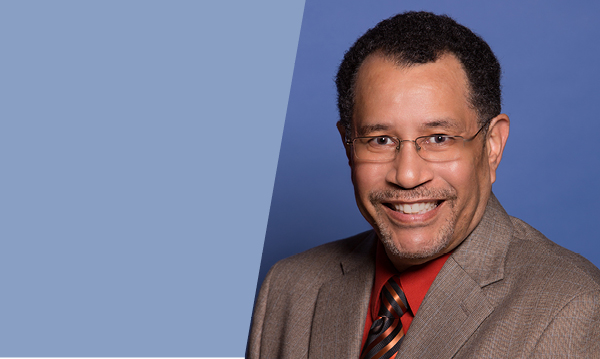 Dr. Jeffrey Gillum is a lifelong Detroiter and he wouldn’t have it any other way.

Born and raised in the city, Dr. Gillum had his choice of four medical schools but chose Wayne State University because it was home. Now a prominent OB-GYN with the DMC Medical Group, Dr. Gillum has spent the last more than 30 years serving women and families in his community.

“I’ve had patients that have followed me from one side of town to the other,” he says. “There are a number of patients I’ve had for 20, 30 years that are still my patients. It’s very gratifying.”

That kind of loyalty is a point of pride for Dr. Gillum.

“It makes me feel I must be doing something right,” he laughs. “There are a lot of doctors in town. Some patients say, ‘You’re my doctor. I don’t want to see anyone else.’”

Working in the obstetrics and gynecology specialty is a privilege for the veteran doctor, who sees patients at the DMC Center for Obstetrics & Gynecology in Detroit along with his brother Dr. Brent Gillum, and Dr. Emile Sandelin.

“It’s part of the life cycle,” Dr. Gillum says of being able to participate in welcoming new life into the world. “Especially when you have patients that may have had troubles with their pregnancy, trouble getting pregnant or staying pregnant, so then to go through and to see them gratified, now being rewarded with a child that they have in their arms, it’s really a very happy situation. That’s enjoyable.”

Dr. Gillum, who is married and has one 35-year-old daughter, says that joy keeps him going each day. “At the end of the day, you feel you’ve done something that’s made a difference to some of these patients’ lives,” he says.

And the community he serves is close to his heart.

That includes serving patients who may be in poverty or on Medicaid. They all deserve the same high standard of care, he says, including his emphasis on giving patients time to ask questions and receive detailed explanations. There’s no rush, he says.

“I’ve had a lot of compliments from patients saying I explain things real well to them or tell them things,” says Dr. Gillum, who in his spare time enjoys reading, watching movies and listening to music. “Any questions, I try to answer them. I think that’s one of the reasons I’ve had patient loyalty over the years. They know they can talk and ask questions and I’ll try to explain things to them.”

To make an appointment with Dr. Gillum, visit DMC Medical Group online where you can book appointments in minutes. Or call the DMC Center for Obstetrics & Gynecology at 313-993-0909.