ER vs. Urgent Care – When to Go Where! 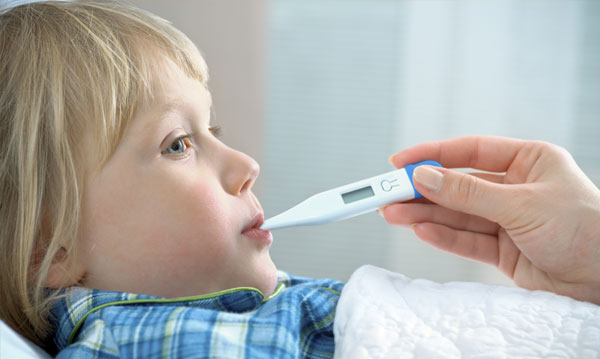 Every parent has had that scary moment, looking at a sick or hurt child and having to decide: urgent care or emergency room? Guess wrong and you may waste time and money getting help for your child. At Beaumont Children’s Hospital, that decision is made easier because they offer both on one campus. The Beaumont Pediatric After-Hours Clinic in Royal Oak is there for parents evenings, weekends and holidays, while the Pediatric Emergency Center is open 24 hours a day. The child-friendly Pediatric Emergency Care unit and Pediatric After-Hours Clinic at Beaumont Hospital – Troy are located just down the hall from one another. A new Beaumont Urgent Care facility will open in West Bloomfield this fall as well.

Melissa Schneider, M.D., an emergency medicine doctor at Beaumont Children’s Hospital, says she recommends that parents call their pediatrician first if they are not 100 percent sure where to take their child. Most have an after-hours answering service that can direct them where to go, and can also help facilitate care in the ER by calling ahead.

Another thing to remember is that most urgent care clinics are not a middle ground between the ER and the pediatrician’s office, but a place to get care for those problems that always seem to crop up at night or on weekends and should not wait until the doctor’s office opens. And, Schneider points out, not all freestanding urgent care clinics are created equal. Some are not equipped to care for children; others might be able to do an X-ray to check for a broken bone but may not have anyone on staff who can set it.

“I suggest that parents investigate and look into those urgent care clinics that are closest to them,” she says. “They can often times save time, money and frustration by knowing what their urgent care can and cannot do.” If an urgent care does send your child on to the ER for a broken bone or something else that might require sedation, she says, a little-known tip is that you should not feed them on the way. Most types of sedation require an empty stomach, which means lots of waiting around if you hit the drive-through on the way to the ER.

While there is no hard-and-fast rule about what kinds of conditions should go to the ER versus urgent care – beyond obvious things like a fever in a newborn or a child not breathing or being unresponsive – Schneider says any injury to the eye or near the eye should be seen in the ER, as should broken bones. Some conditions, like fevers in older children, might be upsetting but not necessarily an emergency.

“In general, fevers tend to make parents very uncomfortable,” she says. “I like to tell parents it’s not necessarily how a high fever is (that makes an emergency), it’s what’s causing the fever.” A child who is acting like his normal self and is fairly playful and happy is likely not worrisomely ill, even with a high fever, but a lethargic or very fussy child with even a low-grade fever should be seen.

In doubt, it’s better to go and be relieved than talk yourself out of it when your gut is telling you something is wrong, Schneider says. “Don’t apologize for coming in to the ER,” she says. “That’s my job and that’s why we are there.”

Beaumont’s Pediatric Emergency Center is located inside the main Emergency Center at Beaumont Hospital – Royal Oak. Children are brought back to the pediatric-only treatment areas immediately and not left in the waiting room with sick or injured adults who might upset them. Staff with pediatric emergency medicine training are on-site all day, every day.

When you do take your child to the ER, it’s important to know data points such as the child’s temperature, medications given, and the timeline of the illness or injury. Getting the story of what happened from the adult who was on site, even if that’s not the parent bringing the child to the ER, helps the medical staff give the child fast and proper treatment.

Bringing the child’s comfort object is a good idea if there’s time, and it’s fine to bring a cell phone or a tablet for the child to use, Schneider says. In fact, she says, she likes it when parents have those handy to ward off boredom during the sometimes-lengthy waits for test results or procedures. If it’s possible, leave other children with a responsible adult at home. Beaumont has a terrific comfort care program as well, and kids can often access donated books and toys (and perhaps charm their way into a popsicle or two with medical staff’s permission).

Taking your child to the emergency room is a parenting experience that ranges between unnerving and terrifying, and it can be hard to figure out what’s happening in the fast-paced atmosphere. Schneider says that she’d like parents to know that even if it seems seem like they’ve been forgotten, that’s never the case — someone is paying attention to your child’s care at all times.

“Children are amazingly resilient and generally recover just fine,” she says. “We’re just here to make sure that happens and intervene as necessary.”