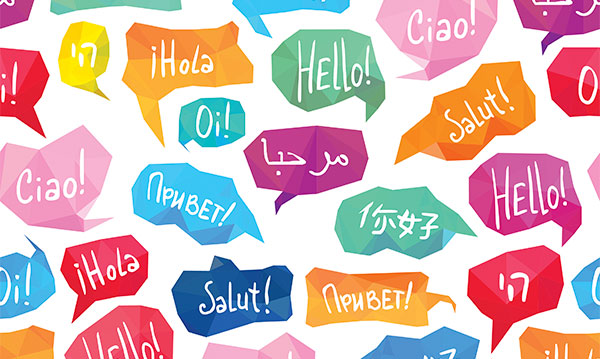 Curious as to whether or not your child really needs to take a foreign language class? Interested in learning the benefits of knowing a second language? Looking for a knowledgeable expert who can help you understand what world language proficiency is all about?

Detroit Public Schools Community District will host Melissa Dalton, Michigan’s 2016 Teacher of the Year and 2017 Central States Conference on the Teaching of Foreign Languages Teacher of the Year, for a parent workshop on the importance of world language proficiency for children.

The event is at 6 p.m. on Thursday, April 13, 2017 at the Foreign Language Immersion and Cultural Studies School in Detroit. The event is open to the general public.

Dalton, who studied Spanish, Italian and geography at Michigan State University, has been teaching language for 22 years. While the last 14 years have been spent teaching Spanish, her previous teaching experiences were a bit more unique.

“I was placed in a situation where I was an immersion teacher in Japan,” Dalton says. “The students spoke to me in English as part of the classroom language if they needed help or wanted anything. We just made English part of their everyday lives.”

The concept of incorporating language into the lives of students in a useful way has been the backbone of Dalton’s teaching and is also at the core of Foreign Language Immersion Cultural Studies School (FLICS).

“There’s a famous linguist, Merrill Swain, who did a lot of studies that involved creating activities where the kids needed to complete a language task rather than just memorizing vocabulary. That really inspired me, so from then I was always thinking about how to get the kids to really engage with the language, and that’s what the FLICS program is all about,” says Viviana Bonafede.

Bonafede, World Language Supervisor for DPSCS, says that this workshop will be able to provide answers from experts for any questions parents may have about language education and will be able to shed a light on how beneficial the FLICS program is.

“The FLICS program catches kids right when they enter school, which is so important when learning a language. This allows them to have consistent learning without interruption and before they develop a strong sense of English, which makes it easier to learn a second language,” says Dalton. “As they get older, everything gets this English filter that makes it harder to accept another language.”

Dalton says that the most important reason for children to learn another language is to improve their chances at landing a great career and also progressing through those careers.

“So much of the world is globalized now. A big problem is that kids think having a translator on their phone is enough, but there is so much more to it,” she says. “When you learn a language, you learn the culture too. The language is only 20 percent of it; the rest is knowing how to react appropriately, understanding gestures, facial expressions and social cues. Understanding different cultures makes you an asset.”

“Not to mention,” Dalton adds, “it increases the range of experiences in a lifetime and can make for a more well-rounded child.”

Looking to introduce your kids to this cultural event? This year, the Spring festival falls on Feb. 1, 2022, and there are many celebrations to enjoy.
Read more
Sponsored Content

Brought to you by Milk Means More.
Read more
Things to Do

'Even in our darkest moments, there’s light where you least expect it.'
Read more
Private Schools

Considering single-gender education for your son or daughter at a southeast Michigan all-male or all-female school? These insights on the pros and cons of single gender schools may help.
Read more