Getting the Best Emergency Care for Southeast Michigan Kids

A look at how Children's Hospital of Michigan's emergency medical care stands out. 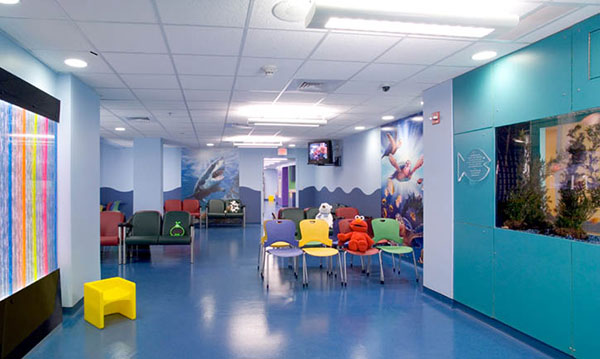 It’s hard to see the positives when a child severely injures herself, or needs to be rushed to the emergency room due to a serious illness. But for parents in southeast Michigan, there is a silver lining.

In the entire nation, there are about 250 children’s hospitals, and of those, only 18 are a part of a federally-supported pediatric emergency medicine research network called PECARN (Pediatric Emergency Care Applied Research Network). Children’s Hospital of Michigan is one of those 18 and only two in Michigan and elite six, Lipshultz says.

And while the emergency department happens to be one of the busiest children’s hospitals in the country, the medical professionals here are also taking the time to ensure they’re researching the best treatments for the best outcomes for kids in the ER. Dr. Prashant Mahajan, division chief and research director of pediatric emergency medicine, has had his research featured in the New England Journal of Medicine. Mahajan’s research has even set the precedent for care across the nation for certain emergency medical conditions.

“So saving lives is what happens every day, but we’re never satisfied because until we have every child healthy, we haven’t really finished our job,” Lipshultz says.

The hospital emphasizes short wait times, guaranteed to be 29 minutes or less, and now, kids are able to get home sooner thanks to 27 observation beds added this year. Located near the ER, these rooms are meant for children who may be ready to go home soon, but need some extra care or observation. “We’ve been able to reduce the amount of time these children spend in the hospital for observation, which used to be in the ER, by 25 percent,” he notes.

The hospital even has PANDA One, an intensive care transportation team and Michigan’s only pediatric and neonatal ambulance service, which brings kids from other hospitals to Children’s Hospital of Michigan.

Soon, southeast Michigan families farther north will have access to this top-notch emergency care closer to home, with a full pediatric emergency campus in Troy in the works. As an Oakland County father himself, Lipshultz says, “That’s reassuring.”

So for all the panic and worry that comes along with an emergency medical situation, there is comfort in knowing Children’s Hospital of Michigan is nearby.

“This is the end of the road nationwide if you want the most cutting edge care for kids,” Lipshultz says. “This is where it’s at.”