Have You Procrastinated on Picking Your Child’s Camp? 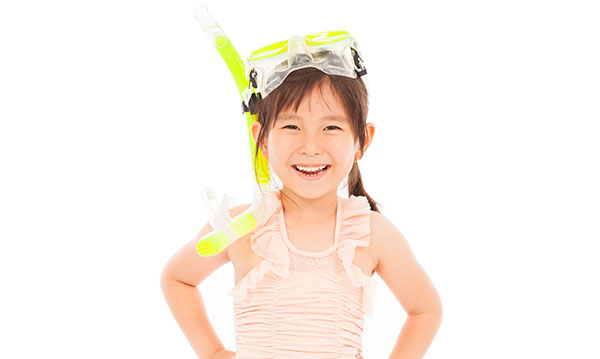 It’s almost summer vacation, which means that in a matter of days the kids will be out of school and around the house all the time. Whether that sentence fills you with great joy or a deep sense of dread, finding something to do before the thousandth cry of “I’m so booooored” can become a matter of some urgency.

That’s where Franklin Athletic Club camps come in. Unlike most camps, which start nudging you to sign your kids up in March well before your summer plans are set, Franklin’s camps could not be more flexible and accommodating. Whether you work outside the home or not, life still goes on during summer, and Franklin’s camps offer a fun, active alternative to finding a babysitter or begging your friends for playdates when you need to visit a doctor or get your roots touched up.

“Even if it’s just raining that day and you don’t feel like having them in the house, you can bring them here,” says Lori Allmacher, Camp and Junior Programs director. “It works out really well for parents who don’t know what the next day is going to bring.”

Camps are available by the day, half day, or week. Franklin Athletic Club can accommodate drop-ins as late as the first day of camp, although Allmacher stresses it makes planning much easier when parents can commit ahead of time as much as possible. Families also can change their mind if they’ve signed up for a camp the child doesn’t want to do.

Some of the camps on tap for this summer include App and Game Design, several dance camps, and a KidsCast video camp that produces a daily newscast for the campers.

Allmacher suggests that parents who are interested in a specialty camp for their children pre-register, because those fill up, and the aquatic camps generally require more notice, so that there can be adequate lifeguards. The Fun and Games day camp program and tennis camps, however, welcome kids to drop in as needed.

Even if you have pre-registered for a specific camp or a particular week, the club can adapt to last-minute changes, Allmacher says. They don’t charge your credit card until the Friday before a camp week starts, so if you have a late-breaking change of plans, they can accommodate you.

According to Camp and Birthday Parties Coordinator Laura Barrick, they staff in such a way that they can generally accommodate everyone. Most of their staff have been with them for years – Laura herself was a camper at Franklin for years and then a counselor – and take turns taking the day off if they need fewer people than expected.

Summer plans can be unpredictable, and many camps insist you register as early as the beginning of May or run the risk of losing out. Many families are far from firming up summer plans at that point. Others may have unpredictable work schedules, making it impossible to know even two weeks ahead what your child care needs might be, much less two months. And of course, there are procrastinators and people who just lose track of time. No matter the reason parents are looking for a camp at the last minute, Franklin Athletic Club wants to help.

“Our job is to service the people who are here, whether members or nonmembers,” Allmacher says. “We’re trying to make everyone’s life easier. We understand that to have to plan out your whole summer before it even starts is really hard.”

Most importantly, kids will have a fun, action-packed day with other children, in a safe and nurturing environment. “They’re well taken care of, and they go home very tired because they’re so active,” says Allmacher.