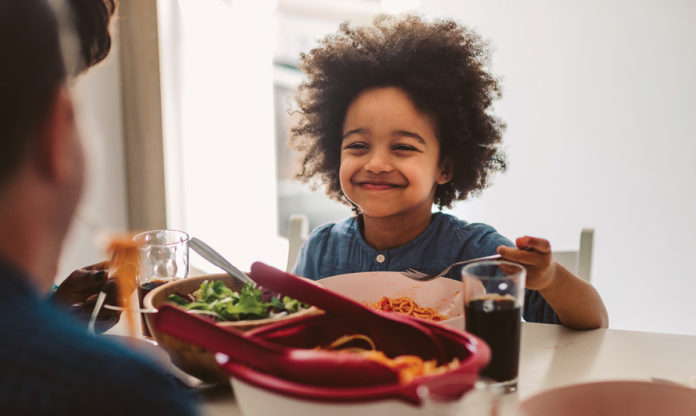 While many kids on the autism spectrum are getting their daily recommended intake of calories, they may be getting them from only five foods or only foods that are orange in color or foods of only a specific texture. It’s a condition known as food selectivity, and it can be quite stressful for parents, says Jessica Todd, Practicum Manager and Supervising BCBA at Gateway Pediatric Therapy.

“Lots of parents will label their child’s restricted eating habits as picky eating, but it’s a medical condition that presents a lot of risk,” Todd says.

If left unchecked, the condition can persist for years and place the child at a higher risk for type 2 diabetes, chronic constipation, hypertension, anemia, and learning and behavioral issues. Todd notes that families often fall into a cycle whereby their child on the spectrum doesn’t like certain foods and frequently cries when prompted to try new things. Because parents are working on so many other things with the child, it can be easier to give in to the crying by providing the specific food the child desires.

“There are so many different tasks that parents have to take on like teaching language, toileting, and teaching skills of daily living that it can be easier to give the child a food he or she prefers rather than listen to him or her cry, which can be very hard for parents to hear,” Todd says.

Todd asserts, though, that addressing feeding issues is a crucial first step to teaching other important skills to children on the spectrum.

“Once you’re eating, your brain is functioning at a faster, more efficient rate,” she says. “You feel better. We see a significant decrease in constipation and a whole range of problems following completion of a feeding program. Personally, I have seen a tremendous increase in skills once feeding has been addressed, and research shows a correlation between feeding and vocal/verbal language.

“Feeding concerns also directly correlate to the amount of time that a child sleeps, which can be another big stressor for parents. If their child isn’t sleeping, neither are the parents.”

When beginning a food intervention program, the Gateway team first works to identify whether the underlying issue is a skill deficit or more of a general food refusal.

“With skill deficits related to feeding, the child physically may not know how to chew,” Todd explains. “Feeding is more complex than a lot of people realize.

Todd often sees children who will use “tongue chewing” to mash up their food on the roof of their mouth. Another common means for kids with a skill deficit to get nourishment is through packing.

“These kids will put food in their cheek and keep it there until it dissolves and they can easily swallow it,” she notes. “They will stick to foods like Goldfish or cookies that easily dissolve. Other kids may simply lack the fine motor skills to hold a utensil or scoop up a bite of food. Whatever the skill that’s lacking, we have to teach that.”

When the issue is not related to a skill deficit, the Gateway team will often use reinforcement-based interventions that families can easily do at home. One technique is a simple choice procedure where parents present the child with two different food options.

“One could be a fruit similar in texture or flavor to something the child already eats and the other would be something different,” she explains. “We present the child with choice and instruct him or her to pick one. They don’t have to eat both, but they have to pick one.”

Another common tactic is using “first, then” statements. Using this tactic, parents put the non-preferred food on a plate in front of the child and say something to the effect of, “First you eat the banana, then you can have M&Ms.”

“We have also used a token-based system where kiddos who really love candy get an M&M for every bite of the healthy food being targeted,” Todd explains. “Once they finish the portion of food, they can have those. Eventually, we fade that treat back after the child has mastered eating the new foods.”

Todd acknowledges that every child who starts a feeding program will resist, often through tears, in the beginning.

“Yet, once we get past the initial hump where they learn the new rule, we identify a whole new world of foods they actually enjoy,” she says. “The kid’s general perspective on the feeding intervention changes. We’ll start hearing them say things like, ‘I love oranges!’ It’s amazing.”

For more information on the services provided by Gateway Pediatric Therapy, call 248-221-2573, send an email to info@gatewaypediatrictherapy.com or visit its website at www.GatewayPediatricTherapy.com/our-approach.