At Livonia Public Schools, students and staff deepen their interpersonal skills while achieving academic excellence. Learn why this matters. 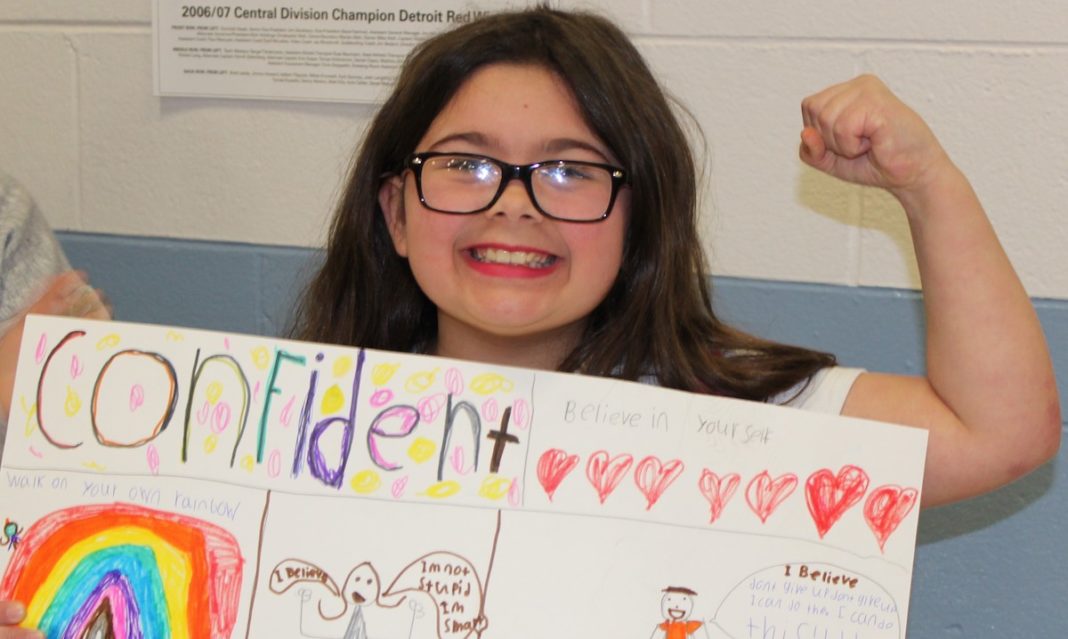 When Livonia high school students pack their school on their day off to paint murals in the hallways and restrooms, they’re doing more than donating their downtime to beautify their everyday environment. They’re sharing an important reminder for students and staff to follow the murals’ encouraging words of kindness.

At an elementary school across town, that message is echoed on the “Choose Kind” t-shirts worn proudly by students on the playground. And, at all schools across the Livonia Public Schools district, posters and bulletin boards carry a common theme of respect, empathy, grit and integrity.

These are just a few of the ways in which Livonia Public Schools students are learning and living a Community with Character. Building character is commonplace in Livonia Public Schools, where students, staff and administrators know when students feel respected, cared for and confident, they will do their best learning.

The state’s 10th largest school district — which serves more than 14,000 students and employs nearly 2,000 staff members — embarked on its Community with Character initiative a few years ago and has watched it blossom throughout its 23 school communities.

The focus of this initiative is eight universal character traits — respect, responsibility, empathy, integrity, grit, confidence, mindfulness and being reflective. The goal is to infuse these timeless values and universal principles into the school culture so that students may develop the life skills and habits of mind that they need to thrive academically, socially and personally — now and in the future.

Not just for students

“In any school district, particularly a large district like Livonia Public Schools, relationship and character building is key to the overall school climate,” said Jennifer Taiariol, Ph.D., director of student services for the district. “We know that when we emphasize these traits, our students will not only be better as people, but will have an advantage once they leave the school district as young adults.”

Community with Character traits are the “soft skills” that employers seek in job candidates, according to local business leaders.

“We are hearing more about how interpersonal interactions and emotional intelligence are desired skills for employers for any position,” said Livonia Chamber of Commerce president/CEO Dan West. “Improved personal communication skills are vital to help all of us understand other people, so we can better respond. This also helps our ability to work effectively in a team.”

Several business leaders participate on the LPS District School Improvement Team, which led the effort to implement the Community with Character initiative.

In rolling out the program, the district conducted student and staff focus groups and surveys, established professional development for staff and created an online tool kit that is filled with classroom resources and school-based activities built on the character traits.

“We are so proud of this effort in Livonia Public Schools,” said Superintendent Andrea Oquist. “Careful thought and extensive planning went into establishing the framework for the LPS Community with Character, but our staff and students have really put it into action, one trait at a time.”

Brought to you by Gateway Pediatric Therapy
Read more
Guides

Looking for some family fun? Check out our list of events and other things to do this weekend.
Read more
Tweens & Teens