How Organization and Routines Can Improve Kids’ Mental Health

With the new year in mind, find out how one social learning method can help children thrive. 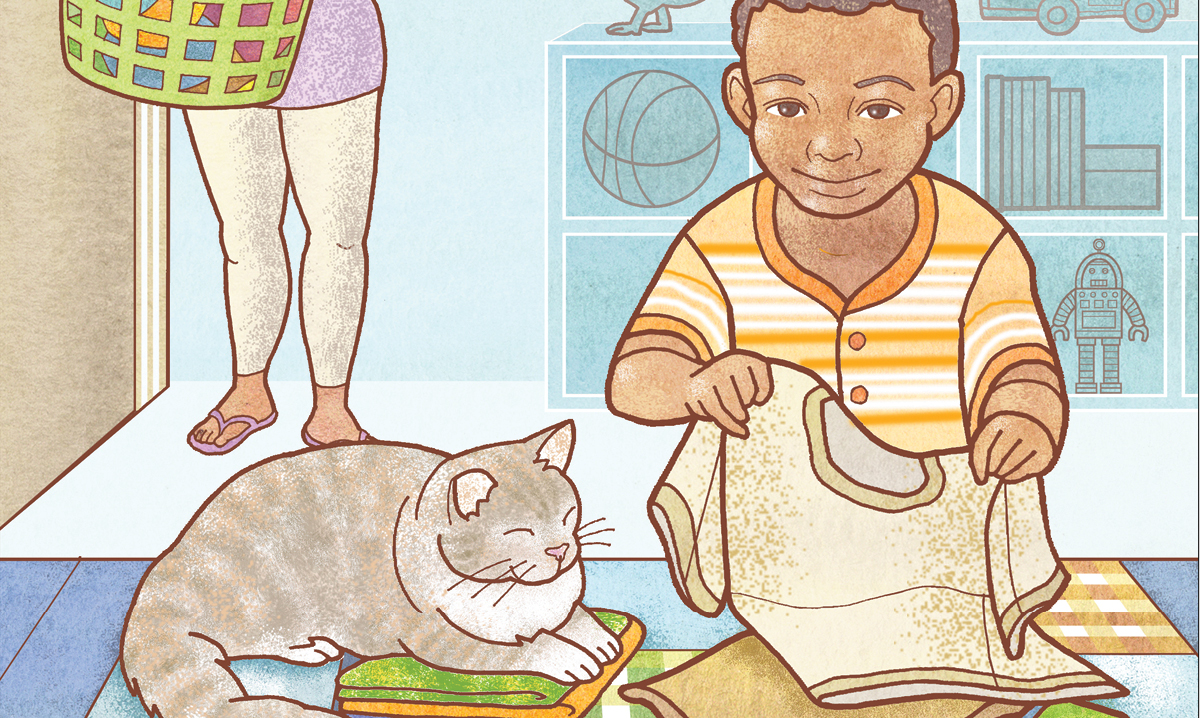 A homework folder left at school. A cluttered bedroom that was supposed to be cleaned two days ago. A book report that’s suddenly due tomorrow.

These everyday stressors, as insignificant as they may seem, can turn an otherwise peaceful evening into one filled with tension and arguments. Suddenly the family is scrambling for a solution – and that all-too-familiar feeling takes a mental health toll, experts say.

“It’s stressful to feel disorganized or feel chaotic, for adults and for kids,” says Carrie Krawiec, a licensed marriage and family therapist at Birmingham Maple Clinic in Troy. “Households that are more stressed out are obviously more irritable, more critical – and none of that is good for parents or kids, either.”

The effects can be far-reaching, she says, and studies have shown the negative impact of things like clutter and procrastination on mental health. But organization skills and time management don’t always come naturally – especially for children who struggle with mental health conditions such as anxiety, oppositional defiant disorder or ADHD. As kids get older and face increasing demands at school and at home, those deficits are only exacerbated.

There are ways to intervene, though – and, for some people, it requires much more than a well-intentioned New Year’s resolution. Krawiec specializes in Parent Management Training–Oregon Model, or PMTO, which is a social learning method that utilizes encouragement and consequences to “support healthy behaviors and reduce maladaptive ones.” Empirically validated for ages 7-17, the globally used strategy can help parents set their kids up for success with goal-setting, organization and routines.

“It’s a really strong model for behavior change,” she says.

As parents consider their goals for a positive 2020, focusing on better organization and routines can be mentally impactful for everyone in the family.

“Healthy habits for routines in general, which is part of how we organize our time and our life, helps make people feel settled, less stressed, less anxious,” says Krawiec, who has been in practice for 14 years. “It helps improve memory, and it helps give us more time for rest, since we’re spending less wasted time scrambling.”

“It’s like a bank account and you’re always taking out,” she says. “The idea of this model is to really flip it – how do we put money into the bank account by shining the light on what we want to grow, taking the target behaviors and setting a kid up for success?”

Creating better habits – whether it’s getting a young child to clean her room when asked or encouraging your teen to study a little each day rather than cramming the night before a big test – often involves small rewards. Parents shouldn’t be afraid to use them, even for tasks they might think should already be “expected.”

“Parents say it all the time: ‘I don’t want to reward for something we should already be doing, something they should already know how to do,'” Krawiec says. “Often to that I say, ‘But they’re not.’ They’re not happy with it, so obviously there’s a gap.”

Other parents wonder why one child in the family easily completes tasks while another needs extra support.

“I tell them, ‘You’re teaching a behavior. You won’t always have to give a reward for this,'” she says. “Or the other children might be working on a different need.”

Some children may need very specific instructions in order to complete a task. Breaking tasks down into small steps is also helpful, especially when it comes to avoiding procrastination.

“Often with procrastination, the job seems too hard or too big that we don’t even want to get started. In our mind, we’ve distorted that if we can’t do all of it, we can’t do any of it,” she says. “Whatever part of the job could get done right now, let’s do that.”

People of any age can learn better habits and routines, she adds.

“It’s never too late. If there’s an opportunity to teach a behavior, I would look at what’s motivating to that kid,” she says – and the new year is a great time to do it. “It’s a time to set goals and it is a great opportunity to enlist your kids and say, ‘Let’s come up with a family plan of how to get organized.'”

Children who are struggling more than usual with completing tasks, or who seem withdrawn or disengaged from family or social activities, should be evaluated.

“If there’s an inability or lethargy or if we were taking care of things and all of a sudden we’re not, I certainly would use that as an opportunity to get evaluated for depression,” she says.