How to Disrupt the Stigma of Mental Illness

When we recognize that mental health is a part of overall physical health, we empower ourselves and our kids to get help when needed. Learn why conversations are the best start. 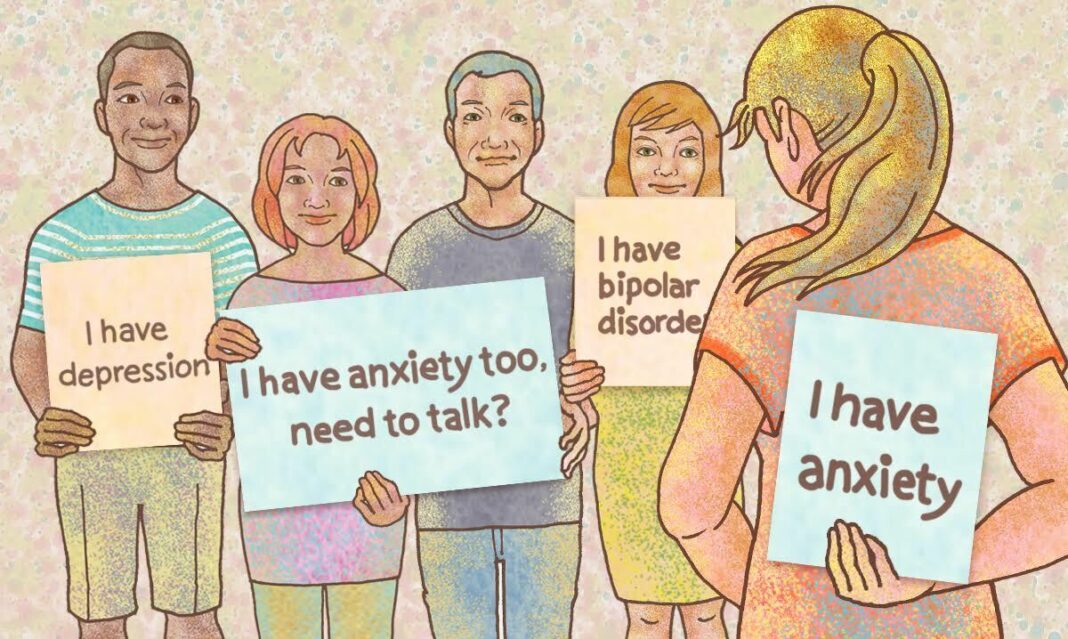 When professional tennis player Naomi Osaka was fined for not participating in post-match news conferences — and eventually withdrew from the French Open altogether — she sent a message to those who were listening: mental health is important.

“The truth is that I have suffered long bouts of depression since the US Open in 2018 and I have had a really hard time coping with that,” Osaka shared on Instagram, adding that she would “never trivialize mental health or use the term lightly.” She shared that she experiences “huge waves of anxiety” before speaking to the media.

What could have been an opportunity to talk about mental health — a framework for families to explore how triggers can impact our experiences — instead became a debate about, among other things, the unnecessary and invalid differentiation between physical injuries and psychological ones.

For Kevin Fischer, executive director of the National Alliance on Mental Illness Michigan, the episode was a reminder that the stigma surrounding mental illness is still strong.

“If she had torn her Achilles tendon, she would not have had to experience the clear message that physical health is more important than mental health,” Fischer says.

As a society, we keep saying all the right things, yet our actions speak louder, Fischer says. What message does the professional athletic community send when it claims to be understanding, yet still punishes the athlete for experiencing a mental health struggle?

Open and honest conversations about mental health and mental illness are an important start, according to Fischer, whose son Dominique Fischer was diagnosed with bipolar and schizophrenia disorders and died from suicide at 23.

As a parent, Fischer supports all individuals and families affected by mental illness.

With a goal to eliminate the stigma surrounding behavioral health disorders and encourage the understanding that recovery is possible, Fischer founded an awareness-building company called Everybody-vs-Stigma. People who wear the “Everybody-vs-Stigma” hats, tees and hoodies sport a natural conversation starter, and all profits support the Dominique Fischer Memorial Foundation to raise awareness about mental illness.

Mental illness is a difficult and heavy topic, and for many people, it’s simply easier to pretend it doesn’t exist. But this stigma is harmful. The reluctance to recognize and talk openly about mental illness is the leading barrier to early diagnosis and treatment. Mental health challenges are not always considered as significant or as treatable as physical ailments — or worse, they are believed to be nonexistent because they cannot be seen.

“We really have to have that conversation and define stigma to help people understand when we talk about it. Stigma varies by community and culture but affects everyone,” Fischer says. “People will tell someone who has mental illness to pull themselves up by the bootstraps or focus harder or pray it away.”

A British study found that individuals age 55 and older are the most likely age group to avoid seeking medical help for mental illness, yet two-thirds suffer from anxiety, feelings of hopelessness and insomnia. Twenty-seven percent tell no one about their symptoms and fewer than half consult a doctor, according to this research.

Most parents today grew up surrounded by a generation of relatives who largely considered mental illness to be shameful and controllable, but that doesn’t mean we are destined to continue those beliefs, Fischer says, adding that becoming comfortable with talking openly about mental illness is the first step.

It’s time to talk about it

“Young people are more comfortable talking about (mental illness) than my generation is. So, do we have to age out of the stigma? I would hate for that to be necessary. I love young people because I see so much possibility in them. That they are not afraid of this conversation gives me hope,” says Fischer.

“For me, it sounds cliche, but we can start to tackle stigma by having conversations. It’s the whole reason I started the brand. I don’t expect people to hold a press conference and announce they have been diagnosed, but I don’t want people to be afraid of the conversation either,” Fischer says. “If you are talking with a coworker and it comes up, don’t be afraid to talk about it.”

In some context, that conversation can be extended to places of worship and to schools. “We need to let our young children know that feelings matter and they should feel comfortable having that conversation and not feel like they won’t be heard or their feelings will be marginalized,” he says.

Ways you can disrupt the stigma surrounding mental illness

As a parent, you can break the cycle of stigma by talking with your kids, your parents, your extended family and other loved ones to equalize the importance of mental health. Speak about mental health as a facet of — and not separate from — physical health.

Here are some other ways to break down the stigma:

Content brought to you by the Ethel and James Flinn Foundation. Learn more at flinnfoundation.org.