How to Pay for Tomorrow’s College Education Today

Michigan Education Trust's Pay-As-You-Go option lets parents buy college credits for their kids at today's prices without paying for a semester at once. 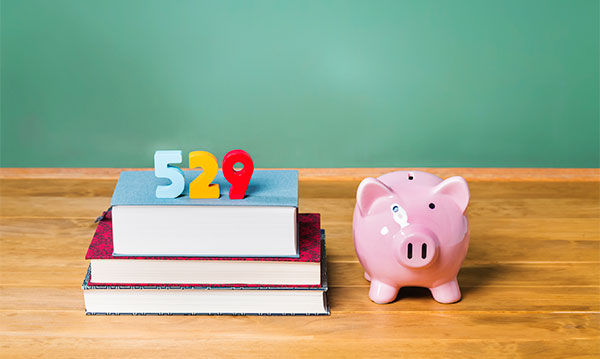 Saving for your child’s college education can seem daunting, especially when you consider how quickly the costs can increase over the years.

Just how much of an increase are we talking? Consider this: The average tuition and fees at public four-year colleges and universities went up by 13 percent between 2010-2015 and that was after a 24 percent increase between 2005-2010, according to the non-profit CollegeBoard.org.

While the increase in college tuition has slowed, it is still estimated to continue to inch up by roughly 5 percent per year.

But one way parents in Michigan can avoid some of the sticker shock is to lock in today’s college credit pricing through the Michigan Education Trust, or MET.

Often used in conjunction with other 529 college savings plans like the Michigan Education Savings Program, which can cover things like room and board, MET 529 prepaid tuition plans offer a simple way for families to save on tuition by buying college credits at today’s prices.

“MET is going to be the most conservative option for saving and investing in a child’s college education,” says Robin Lott, MET executive director. “It works very well with the other 529 plans. It really is just one piece of the puzzle.”

While a traditional contract requires the purchase of at least a full college semester –15 credit hours – MET’s Pay-As-You-Go option lets parents purchase as little as one credit hour to get started.

Parents can then add to the contract anytime with a minimum $25 contribution and they can also invite family and friends to contribute. Contributions are fully tax-deductible for next year, as well.

“Most people will look at the price chart and immediately get discouraged when they see the four-year contract price,” Lott says. With Pay-As-You-Go, “it’s more accessible and more affordable for people to start saving.”

The cost of a credit hour varies based on the contract type chosen and the time of purchase.

MET benefits are paid out at the future cost when the student is in college and they can be used at any Michigan public university or college. Refunds can also be directed to out-of-state colleges or Michigan private colleges.

“If you can afford a smartphone, you can afford to start saving for college,” Lott says. “Students are graduating college with a huge amount of debt and although we want our children to be successful, we’re not preparing them for the high cost of a college education.”

Opening a contract with just one credit hour is better than having nothing saved at all, she points out.

For more information on the Michigan Education Trust, visit SETwithMET.com or call 800-638-4543 to speak with a representative.

What should American children know about our country, and how can parents instill patriotism for kids at their home? Teachers share these 10 examples of patriotism.
Read more
Health

We talked with medical experts to give us their insights about the strange illness and how to keep kids safe.
Read more
Tweens & Teens

A lot's changed since you ran with your friend crew. Research now finds 12 distinct high school cliques. Learn about them and where they rank in the hierarchy.
Read more
Guides