Why Kids Need ‘Makerspaces’ and Innovation at School

Experts from Cranbrook Schools explain how schools can inspire innovation and problem-solving skills in students. 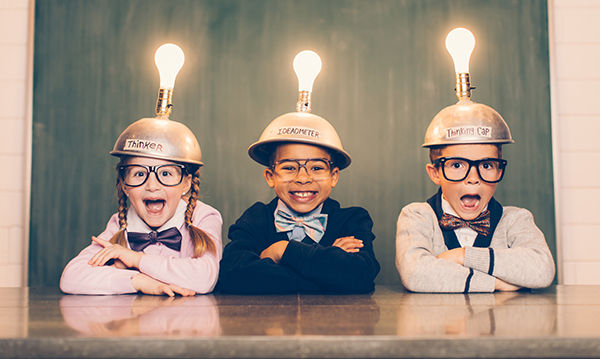 It’s often said that the next generation of leaders won’t necessarily be the great test-takers or memorizers. They’ll be innovators, rethinking the wheel and solving problems from the ground up.

So how can schools inspire that type of thinking in their students?

At Cranbrook Schools in Bloomfield Hills, it’s a key part of the curriculum. By placing an intentional focus on innovation – and giving kids the right resources to foster it – students will be more prepared than ever to take on tomorrow’s challenges.

“That’s the kind of person that universities and businesses are looking for,” says Laurie Pullen, coordinator for connected learning at Cranbrook. “We need to help to educate students who are ready to take on the challenges and the problems of our world and do it in a thoughtful and meaningful way.”

How that looks in a school setting can vary. Teams of seventh-graders, for example, recently took on the issue of how to make the transition between fifth and sixth grade easier for students.

“Some of the solutions they came up with were actually implemented for the following year,” she says.

Inspiring innovation also means giving kids the space to build on their ideas in a physical way – and that’s where “makerspaces” come in. Despite being an educational buzzword, the concept is simple and not all that new.

“It’s any kind of physical space where students can be creative, they can be collaborative and they can engage in problem-solving,” Pullen says. “It’s a space where you can kind of wonder about something, you can talk to other people and then you can go about trying to solve it.”

Makerspaces have all the resources kids could need for a project, from simple supplies like scissors and paper to high-tech items including laser cutters, 3D printers, a sewing machine and virtual reality equipment.

Each of Cranbrook’s schools have dedicated makerspaces and staff to support them. After a class of middle school boys read The Call of the Wild, for example, a librarian suggested that students use the makerspace to design games reflecting the plot, characters and theme of the book.

“Students come with a lot of natural creativity. We want to allow them to explore different materials, different ways of thinking and how their ideas can come out from their mind into the real world,” Kurleto explains. “We try to model for them different ways of thinking, particularly using collaboration as a tool to generate lots of ideas and then using resources to allow them to create prototypes of these ideas.”

Makerspaces tend to get messy – and that’s exactly how you’d want them to be.

“Rather than putting these materials behind cupboard doors, we have it all out there so students get used to being able to quickly take their ideas and take the materials and start to create right away,” he says. “We try to give students ownership of that space as much as possible.”

Whether it’s pre-kindergarteners making toys out of reclaimed materials or upper school students examining a real-world issue like drought and building apps to help combat it, communication and seeking feedback are critical.

“To truly be innovative, it helps to be exposed to a lot of different fields, to be able to pull ideas from lots of different areas,” Kurleto says. “Collaboration is a skill that would serve students well in any area they would end up in.”

Innovation specialists at Cranbrook work directly with students and also with teachers to modify existing projects and content to be more hands-on. By focusing on innovation from the earliest grades, kids can develop a growth mindset and feel more confident dealing with open-ended questions that don’t have one set answer.

“I think just recognizing themselves as creators, not just consumers, is truly what they need in order to become innovators,” he says. “That’s what’s nice about an independent school; we’re not always held to the same outcomes that the state requires for public schools and that allows us a little more freedom to explore these ideas.”

Parents can also emphasize innovation with their kids by frequenting places like libraries, museums and public makerspaces, Pullen adds.

“With innovation there are a lot of informal education opportunities as well that allow anyone to engage in this type of thinking,” she says. “Even at home, you can make your own maker kit for your children; you just have a lot of rich materials and you’re not prescribing a certain outcome to come out of it.”