How to identify and treat three learning disorders, plus insight on how ADHD can also play a role in a student's school struggles. 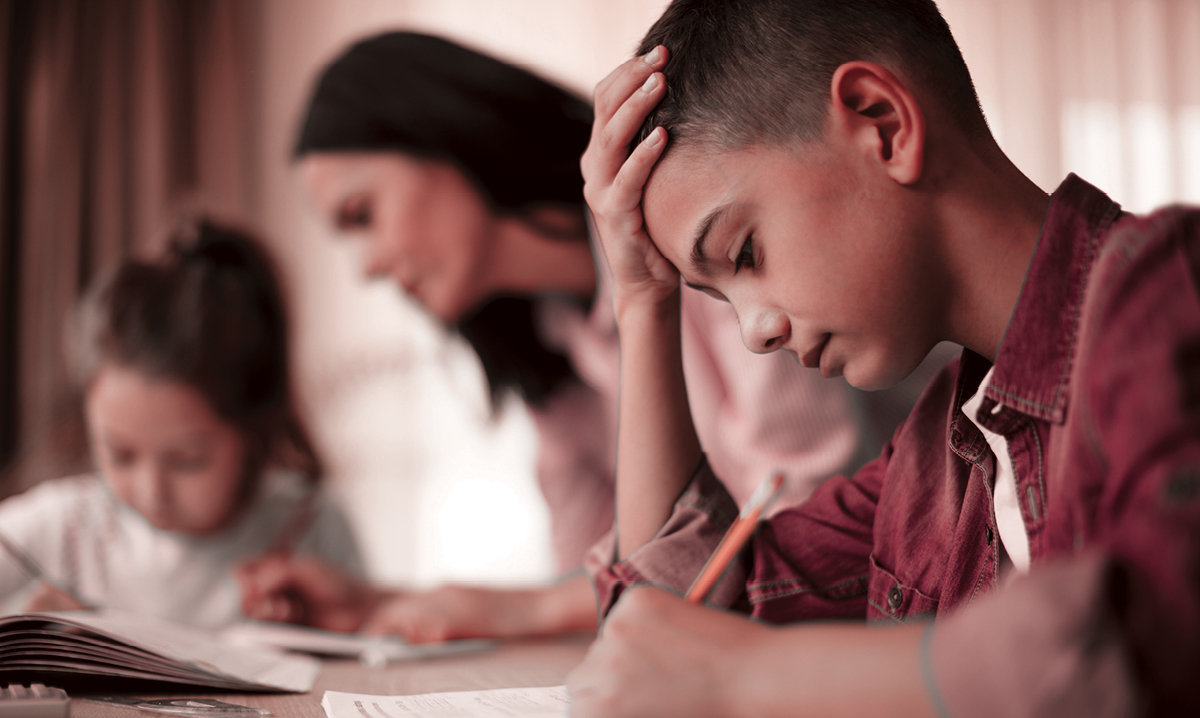 As a limited licensed psychologist at Shelby Pediatric Associates and Child Lung Center, Paulina Multhaupt diagnoses children with these disorders through neuropsychological testing.

“Sometimes it is a learning disorder specifically in comprehension, but sometimes it’s not that at all and it is more of an attention problem,” Multhaupt says.

For some learners, setbacks can be to attention-deficit hyperactivity disorder (ADHD) or a combination of ADHD and another learning disorder.

“They are intertwined. In order for us to know how best to help the child, we have to know exactly what’s going on. We have to be able to untangle if it’s ADHD, comprehension, dyslexia or math issues.”

So how can parents know? Read on for details.

If your child reads well out loud, but does not seem to grasp the concept of what he reads, this could be a sign of a reading comprehension issue.

“Let me also say that for most kids, reading comes first and comprehension comes second,” she says. “If a child is just learning to read and you see a little discrepancy, that’s normal.”

However, if your child is in the third or fourth grade and they read a passage but are not sure what it was about, or they didn’t understand it but they articulated it well, it’s time to pay attention, she adds.

This disorder, which affects both reading and spelling, can often go unnoticed. “People wouldn’t necessarily realize they have dyslexia,” she says, and to top it off, dyslexia can look much like a reading comprehension disorder.

“If you’re reading a sentence and you read two of those words wrong, you’ve just completely lost the context of the sentence,” Multhaupt says.

If a child, who is already an experienced reader, is misreading words when reading aloud, that may be a sign of dyslexia. Students with dyslexia often transpose letters, so if a child’s spelling is far off from the actual word – for example, in an extreme case, spelling “arm” as “rsw” – this is another red flag.

“Dyslexia is for more complicated than people think,” she says. Children can transpose numbers, too, which can cause math problems, as well.

It’s really important, she adds, to distinguish if this issue is from poor attention or if it is, in fact, dyslexia. Neuropsychological testing will help make that distinction.

While one might assume this has to do with misreading numbers, it doesn’t. In fact, math disorder impacts people who struggle to understand concepts in math. People with poor visual spatial abilities generally struggle in math.

“If they have adequate instructions and their intelligence is in the normal range, but they really struggle in math, then there is a chance they have a specific learning disability in math,” she adds.

Through testing, Multhaupt would be able to make that assessment, and from there, she can help parents decide what accommodations need to be made to help that student learn.

The diagnosis is key to helping a student succeed.

Along with the insight of parents and educators, Multhaupt begins an assessment of a child. During the assessment, she looks at overall intellectual functioning (including verbal comprehension, working memory, processing speed and visual spatial processing), along with memory and problem-solving ability, and executive functioning, which includes attention, concentration, mental flexibility and impulse control.

Mulhaupt meets with parents to discuss the child’s diagnosis and educate them on the disorder. From there, they come up with a plan, which includes possible academic accommodations for the child – including longer reading times for children who struggle to read, oral exams and/or increased test-taking time. Parents then work together with the child’s school to put those accommodations in place.

Don’t over-accommodate, she suggests, as you want to ensure your child still feels empowered to do his best. For additional information on learning disorders, Multhaupt suggests parents visit understood.org and ldaamerica.org.

And remember, there’s nothing wrong with learning differently, she adds.

“If someone has a learning disorder, it just means that the way that their brain processes things is different,” she says. “It’s not wrong, it’s just different.”