Making the Most of Your Child’s World Language Education 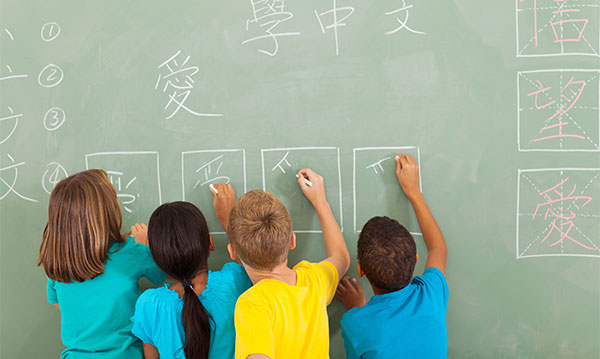 Learning a foreign language is universally accepted to be beneficial for students, but no one really explains why. What makes foreign language education such a boon to kids’ brains? Why does study after study show that it helps improve students’ academic performance across the board?

The Detroit Public Schools Community District takes on those questions – and offers additional insights and tips for foreign language learning – at a parent workshop featuring Michigan’s 2016 Teacher of the Year, Melissa Dalton, who is also the 2017 Central States Conference on the Teaching of Foreign Languages Teacher of the Year. Before the workshop, which starts at 6 p.m. on Thursday, April 13 and is free to the general public, we asked Dalton and DPSCD’s World Language Supervisor, Viviana Bonafede, the top questions they think every parent should know about foreign language education.

Q: Why is it important for children to develop language proficiency in the 21st century?

A: Children should be equipped with skills that will allow them to succeed in an ever-changing, global society in the 21st century. Seventy-five percent of the world’s population speaks no English, so it is imperative for American children to develop proficiency in languages other than English. Moreover, language learning has a significant role to play in developing flexibility, adaptability, and openness to new challenges. Memory, attention to detail, pattern-finding, creative thinking and reasoning are other skills that develop when learning languages. These are all characteristics that are highly regarded in the 21st century job market.

Q: Which are the best language programs for children?

Q: What does effective, engaging language learning look like? How are world languages best learned at school?

A: Effective, engaging language learning arises the learners’ interest, is cognitively challenging, and focuses on meaningful communication. Authentic resources provide the comprehensible input, as language is introduced in meaningful context. The use of the target language is maximized in the classroom and promoted both the classroom and beyond the classroom. Learners are actively engaged in solving communicative tasks using the target language at the targeted level of language proficiency. In this learning environment, the focus is on real-world communication. Accuracy is not the main goal. Thus, language mistakes are considered normal, natural, and necessary. Culture is naturally embedded in the language and students experience the products and the practices of the target cultures to develop their perspectives about that culture.

Q: Why do children need to learn another language? Isn’t English the most widely spoken in the world?

A: English is still a very important world language in the 21st century, but it is definitely not enough. Only 6% of the world’s population speaks English as a first language and 75% are not English-speakers. That’s why it is imperative for our children to learn languages other than English. Developing language proficiency takes a long time – years, even! Thus, the younger children start learning languages and the longer they continue with the same language, the better.

Q: My child already struggles with English. Do they really need to add another language?

A: Learning a world language is a rich learning experience and all children have the right to learn languages and cultures. All pupils are capable of learning languages. Singling children out to follow a different curriculum can have a negative effect on their self-esteem. Children develop many skills in language learning that are essential for progress in other subjects, such as memory, problem-solving, and thinking skills, which means that learning languages contributes much to the child’s overall cognitive abilities.

Q: My child has studied Spanish for many years. Can he/she earn high school credits K-8 and placed at higher courses?

Q: How can I support my child’s language education?

A: There are many things parents can do to help their children use the language beyond the classroom to continue the exposure to the target language and culture. First, they need to support the teacher by embracing opportunities for children to practice the functional language beyond the classroom. They can take their children to an ethnic restaurant where the language learned in class can be practiced in a real context. They can download songs in the target language or purchase a book with visuals and audio to promote storytelling. They may travel to a foreign country where the language is spoken or even visit a community where the language is spoken in the United States. Most importantly, parents should have realistic expectations regarding the level of proficiency that their children can develop during a period of time. Understanding that language learning is a long-term process is crucial to continuously support their children.

Considering single-gender education for your son or daughter at a southeast Michigan all-male or all-female school? These insights on the pros and cons of single gender schools may help.
Read more
Guides

Who says you can't have breakfast for dinner? These local restaurants offer pancakes, sausage, hash browns and other first-meal faves any time of day.
Read more
Guides

A warm stack of flapjacks with butter and syrup really hits the spot any time of day (or year!). Get your fill at these southeast Michigan pancake spots.
Read more